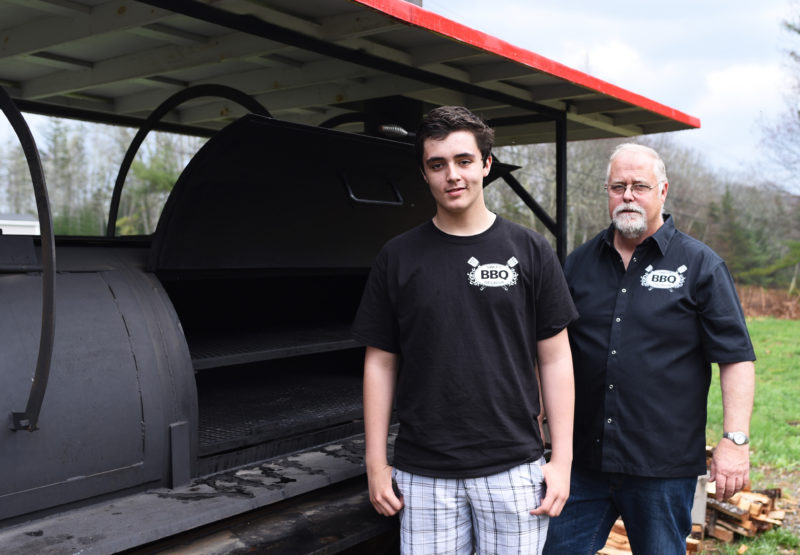 High school freshman Wyatt Flower and his grandfather, Ken Flower, will open Sweet Georgia BBQ in Bristol on Saturday, May 12.

The stand, on Ken Flower’s property at 1955 Bristol Road, will specialize in “traditional low-and-slow smoked barbecue,” according to Ken Flower. The location has a prep kitchen and a barbecue pit large enough to hold up to 700 pounds of pork at one time.

Kurt Rauscher, of Bristol, started Sweet Georgia BBQ about 11 years ago and closed it in 2010. Rauscher would set up shop at the Masonic lodge in Bristol Mills and what is now Hilltop Stop in Damariscotta. The Flowers bought the business, along with the original recipes, in February. 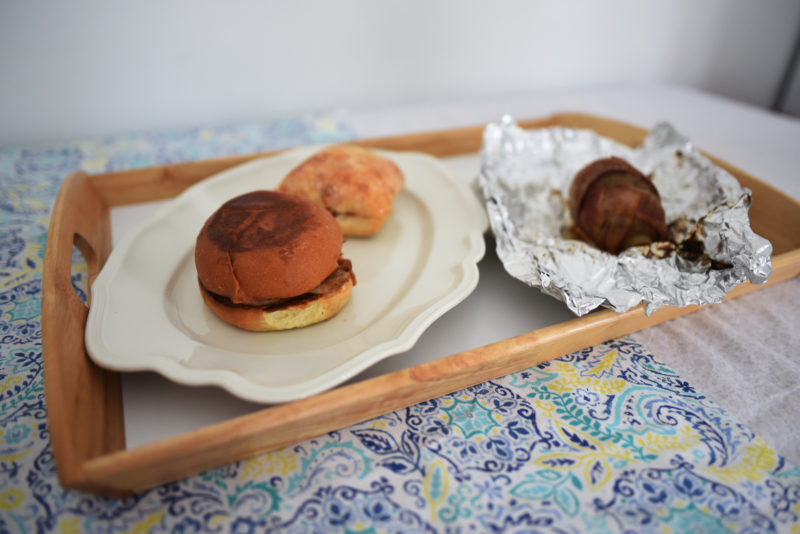 “I think they’re going to do a great job with it,” Rauscher said, adding that his customers have been missing the barbecue stand since it closed.

Ken Flower said his interest in the business is “being able to do something with Wyatt. He was interested in it … I’ve done a lot of cooking. I enjoy it,” he said.

“We have creative things … and two great sauces that make you want to go for seconds, and maybe thirds,” Wyatt Flower said.

The stand’s menu will include pulled pork and chicken, brisket, spare ribs, a vinegar-based potato salad, baked beans, coleslaw, and “potato bombs” as a side. Potato bombs are stuffed baked potatoes wrapped in bacon.

“Everybody makes french fries,” Ken Flower said of the decision to have different sides.

The Flowers will also sell food by the pound, and whole cooked chickens.

The barbecue stand will most likely be open from 11 a.m. to 6 p.m. Thursday-Sunday until September or October, according to Ken Flower.

The Flowers hope to put out a few picnic tables so customers can eat their food on site.

They also have a mobile barbecue pit, which they hope to use at events and for catering.

“This is all for him,” Ken Flower, who also owns Flowers Boatworks, said of his grandson. “He likes doing it, so we’ll try it.”

“How many 15-year-old kids hang out with their grandpa?” he said.

To place an order, call 798-1388. The Flowers plan to have a website up at sweetgeorgiabbq.com by opening day. Sweet Georgia BBQ is also on Facebook and Instagram.