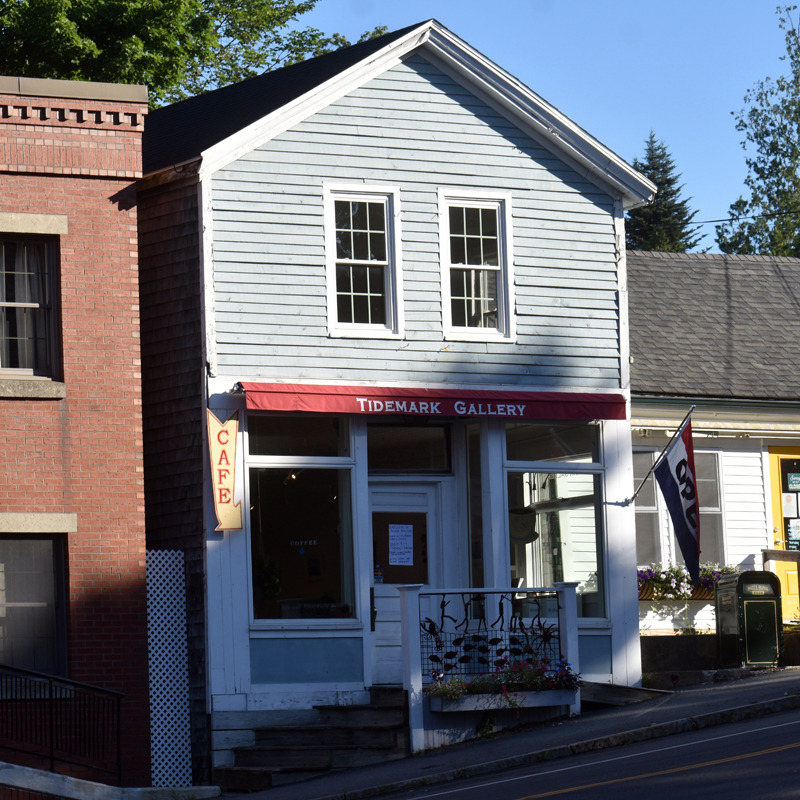 Broad Bay Cafe is at 902 Main St. in Waldoboro, the former home of Tidemark Gallery + Cafe. The cafe is open from 8 a.m. to 4 p.m. Tuesday-Sunday. (Alexander Violo photo)

A new cafe is open in Waldoboro village.

Broad Bay Cafe serves fresh coffee and sweet snacks, as well as other items, in a cozy and well-decorated environment at 902 Main St., the former home of Tidemark Gallery + Cafe.

Vikki Bell and Dan Martone own and operate the cafe, which opened Friday, July 17. The married couple relocated to Waldoboro from Huntington, N.Y.

According to Martone, business has started off steady and the cafe has already started to see return customers.

“We wanted to ease into it, get used to everything, and get the place up and running. The town has been very supportive and everyone is really nice,” Bell said.

Martone agreed and said the cafe’s neighbors have been great. He said he was excited to open in the village, where a new restaurant, Maine Kebab, also opened in July.

Martone said the cafe has maple syrup from Cobbs Hill Sugarhouse, of Mount Vernon, and raw honey from a farm in Cumberland. The coffee comes from Green Tree Coffee & Tea in Lincolnville.

In addition to the books in the cafe, customers can order books online at bookshop.org/shop/broadbaycafe.

“There’s nothing better than books and coffee,” Bell said. 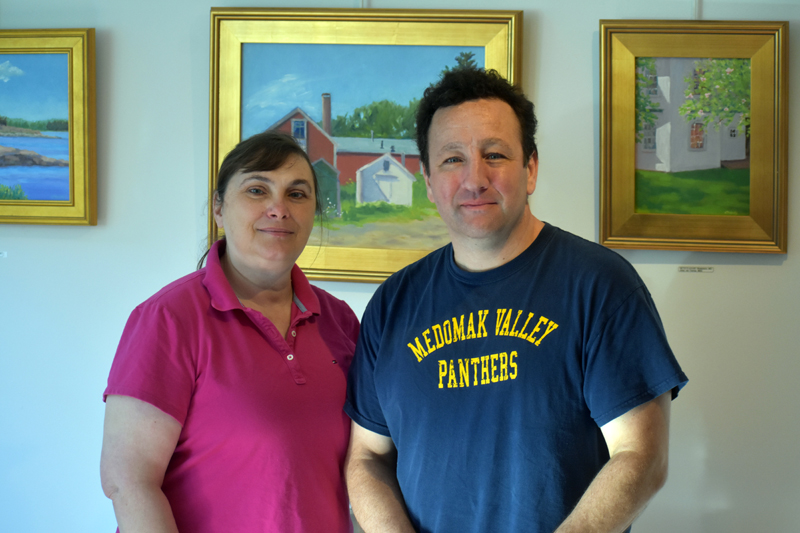 Bell said starting the business has been exciting.

“It has been a fun process, finding local vendors and meeting new people,” she said.

“The cinnamon rolls and iced coffee have proven to be pretty popular,” Bell said. The cafe also has gluten-free options.

The business wants to hear what the community wants and will work to provide those items.

“Hopefully they let us know what they would like. We are here for the town,” Bell said.

Bell said the space allows for physical distancing. “It’s pretty big in here. People can sit far apart,” she said. The owners are considering adding seating in a courtyard at the back of the building. They offer curbside pickup for customers who prefer to stay outside.

The owners plan to stay open year-round. They will add more options after summer, like hot chocolate, French toast, and waffles. 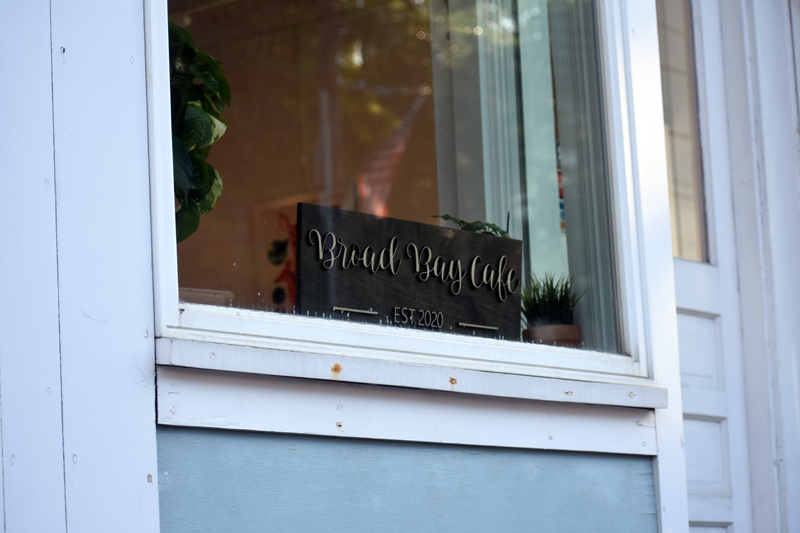 Bell said she has visited the region throughout her life and the couple fell in love with a house in Waldoboro, prompting their relocation.

Martone said they had no intention of opening a cafe when they moved, but got the idea after seeing that the building at 902 Main St. was for sale.

“It’s a great spot for a coffee shop and when we heard it might be turned into offices, we became interested in it,” Martone said. The couple bought the building in March.

Both Bell and Martone have a background in retail, mostly with bookstores.

Bell said that whenever she and Martone travel, they love to grab a good cup of coffee at a local shop. They want to make their new cafe a spot like that for Waldoboro.