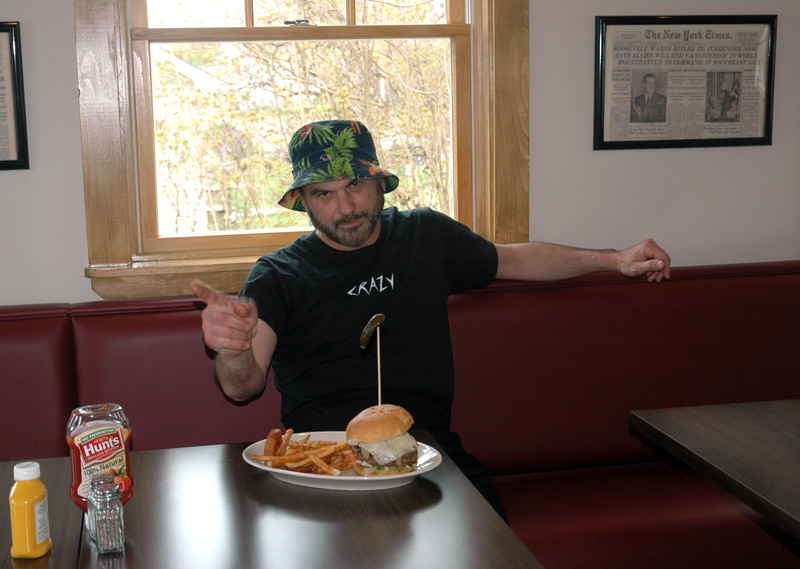 Mario Panagos with one of his burger creations at the Burger Bar in Waldoboro. (Alexander Violo photo)

Crazy Burgers and Pizza, in addition to the Burger Bar, are now open at the site of the former Corner Variety and Pizzeria at Kaler’s Corner in Waldoboro.

Mario Panagos, of Waldoboro, owns both restaurants and has crafted menus featuring burgers, pizza, and desserts with fresh, high-quality ingredients.

Bremen developer Dan Goldenson, who owns the property at Kaler’s Corner and leases the space to Panagos, said Crazy Burgers and Pizza focuses on lunch and takeout offerings and has a new lounge area with couches where customers can enjoy their meals, while the Burger Bar is a dinner restaurant with a full bar.

Goldenson said he and Panagos feel the new business fills a void in the area’s restaurant scene.

“We felt that there was an opportunity here for creating a new family-style restaurant in Waldoboro with reasonable prices and an informal atmosphere,” Goldenson said.

Panagos said the dining area seats 34, with space for eight tables on the deck.

Goldenson said the Burger Bar is available for private functions and birthday parties.

The Burger Bar is located in a 500-square-foot addition to the south side of the building. 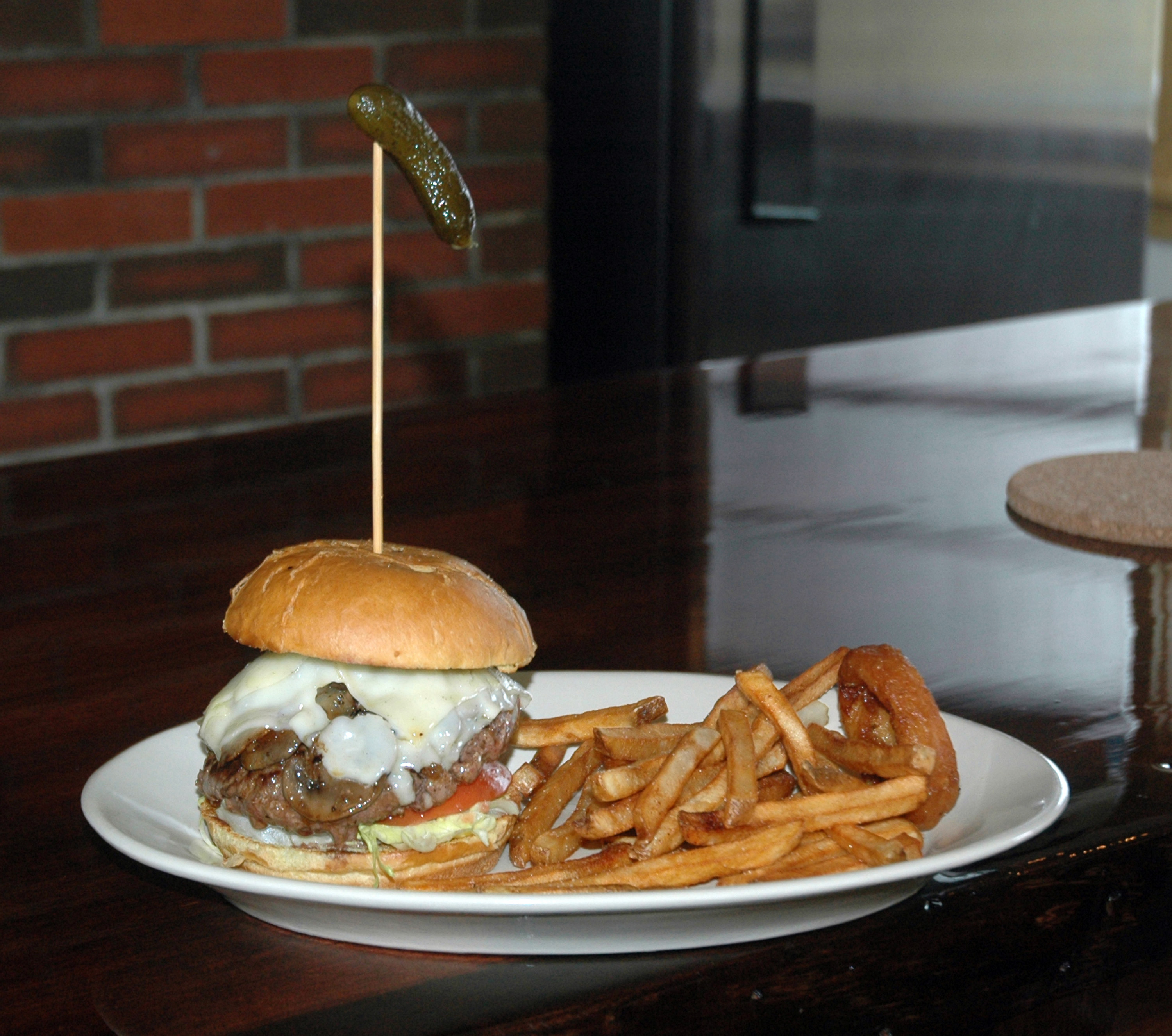 One of the burgers available at the Burger Bar in Waldoboro. (Alexander Violo photo)

The entrance to the Burger Bar was previously the entrance to Bonus Redemption, which has moved downstairs and now has an entrance in the back of the building. The redemption center now has more space inside and more parking outside, in the new parking lot behind the building.

Panagos, who was born in California and grew up in Greece, has owned a restaurant in Greece and three restaurants in Rhode Island. He managed Romeo’s Pizza in Damariscotta before acquiring the former Waldoboro location of Hilltop Stop and renaming it Corner Variety and Pizzeria in January 2016.

Panagos has brought a number of specialty items to the menu, all of which start with quality ingredients.

Panagos grinds his own sirloin for the hamburgers, handcrafting each order on the restaurant’s flattop grill to make lean burgers with brioche buns and a variety of toppings.

Panagos said one of the most popular items on the Burger Bar menu is a seared tuna burger. The menu also includes a beef souvlaki burger, a pastrami burger, and a crispy chicken burger.

From the sirloin to the pizza cheese, Panagos said the quality of ingredients shows in the menu items. 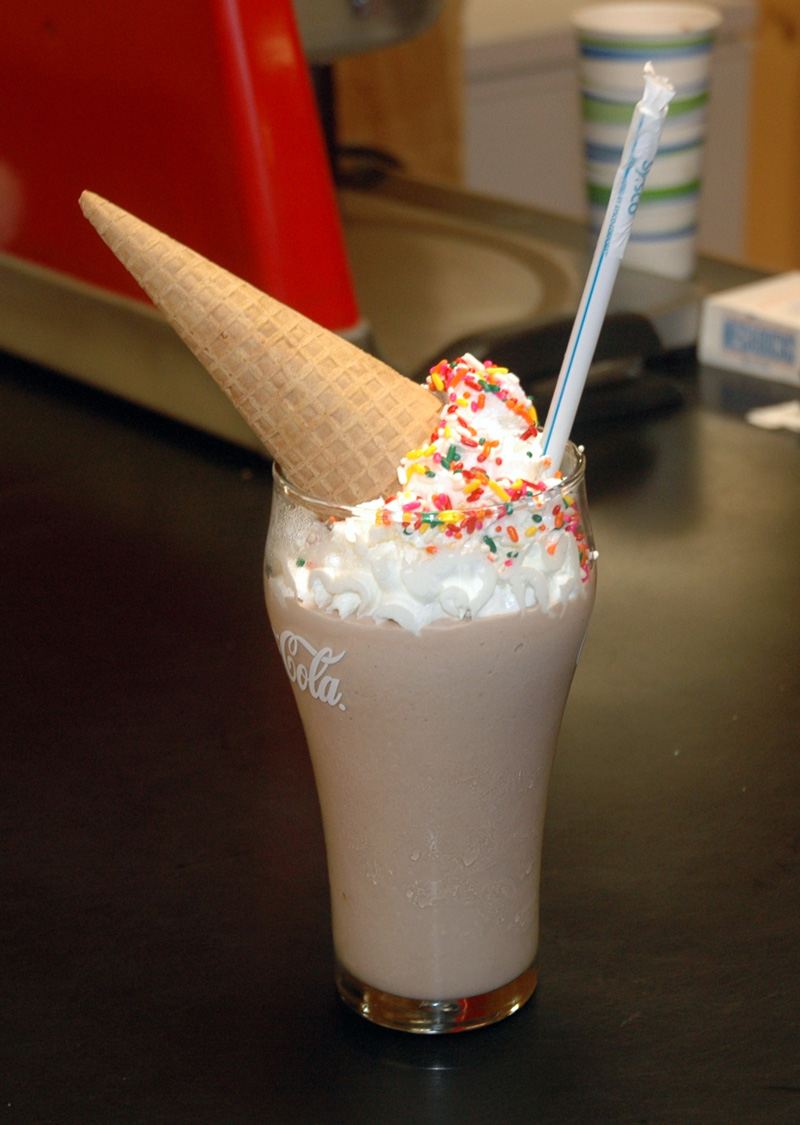 A chocolate milkshake with whipped cream and an ice cream cone at Crazy Burgers and Pizza. (Alexander Violo photo)

In addition to the burger options, Panagos’ old-fashioned milkshakes, made with Gifford’s Ice Cream, have proved popular with customers as the weather warms up.

Panagos said he wants to add an espresso machine to the lounge area, an offering he believes will be unique in Waldoboro.

“It will go nice with the couches in the lounge. We’re the only ones offering cappuccinos, espressos, and lattes here,” Panagos said.

Subs, wraps, and appetizers are available for takeout and lunch at Crazy Burgers and Pizza, with the Burger Bar offering big salads, nachos, pizza, chicken wings, and onion rings.

Panagos said the dessert menu remains a work in progress. He is looking at cheesecake and baklava with ice cream as a starting point.

Goldenson purchased the property from Gary and Jane Gravel in the summer of 2016 and worked to transform the space to its current form starting in August and September of 2016.

Among other changes, “We built a brand new dining room and added a new ADA-accessible restroom,” Goldenson said. About 20 parking spaces were added, most behind the building.

Panagos said the Burger Bar had a soft opening roughly 10 days ago and the public reception has been positive.

“The feedback has been great. People have been coming back saying how much they enjoyed it,” Panagos said.