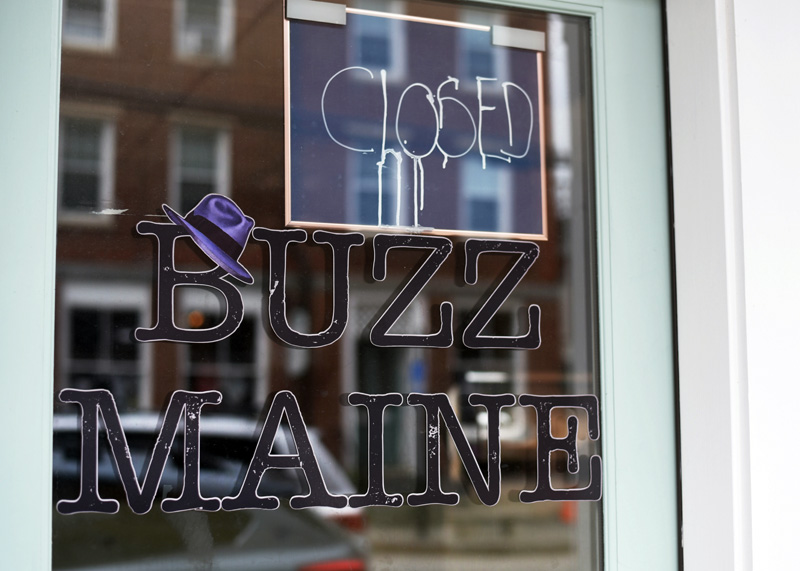 A closed sign on the door of Buzz Maine, at 133 Main St. in Damariscotta. The business closed Saturday, June 30, with the owner telling members she plans to reopen elsewhere next year. (Jessica Picard photo)

Buzz Maine, the coworking space and cafe in downtown Damariscotta, closed Saturday, June 30, with the owner saying she plans to relocate the business.

In a June 21 email to Buzz Maine members, owner Jennifer Van Horne wrote, “As the end of our lease approaches, the decision has been made to relocate Buzz to a larger footprint in a new market. I have not yet found the perfect spot, but I hope to have the new location up and running in 2019. Expect to receive notice when plans have firmed.”

In the email, Van Horne said that while the coffee shop would close June 30 and memberships would no longer renew automatically, members who wished to continue working in the space until the end of July could contact Van Horne directly.

Van Horne said those who want a longer-term arrangement could contact Rob Hyson, of Medomak Construction, who rents a space on the second floor of the building, formerly part of Buzz Maine. His email address is rhyson@medomakconstruction.com.

Dan and Eileen Miller own the building.

The business touted itself as a “21st-century workplace” and earned accolades, including a Business Enhancement Award from the Damariscotta Region Chamber of Commerce in May.

U.S. Sen. Angus King toured the business in April and praised it as a “perfect example of what I think is a great opportunity for Maine,” in reference to telecommuting.

Van Horne did not respond to requests for comment.