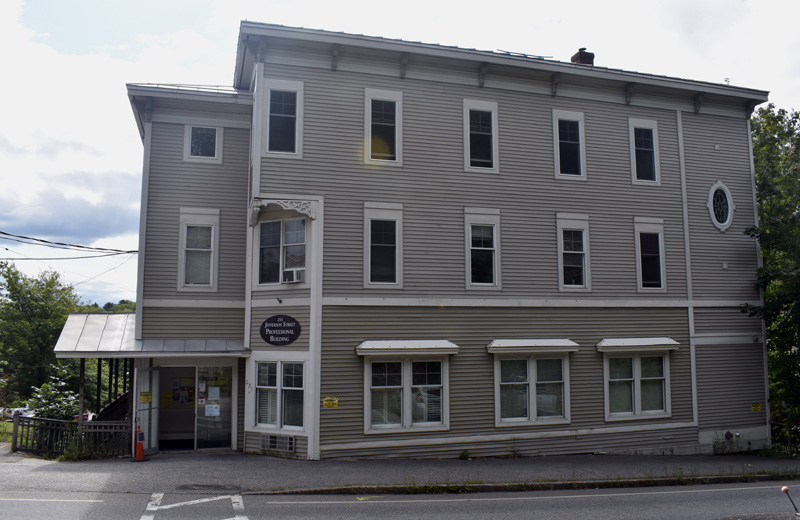 A call center – New Taction Inc. – will return Oct. 1 to the Waldoboro building Taction left in 2014, bringing up to 35 jobs back to the town.

New Taction Inc. will move into the first floor of the office building at 251 Jefferson St., according to Seth Hall. New Taction Inc. is a division of Pennsylvania-based AnswerNet, which bought Taction in 2014.

Michele Burns, a general manager with AnswerNet, said the call center is relocating from Rockland because it has grown and needs more space.

According to Burns, the Waldoboro center will be open and fully operational by Oct. 1.

Though Burns did not comment on the specific number of jobs that will come with the company’s move, she did say the business is hiring.

Hall owns a business incubator in the former Fieldcrest Manor Nursing Home on Depot Street and a coworking business on the third floor of the 251 Jefferson St. building he now owns.

New Taction Inc. has signed a three-year lease for the entire first floor, a 2,600-square-foot space.

“Up to 35 full-time people – that will bring a huge boost in economic activity to Waldoboro,” Hall said.

Located in the heart of Waldoboro’s village, near the intersection of Jefferson Street and Main Street, the Jefferson Professional Building housed Taction for nearly 20 years. The business sold to AnswerNet in August 2014 and AnswerNet moved the center to Rockland.

Hall said that although the call center moved to Knox County, it retained many employees who live in and around Friendship and Waldoboro.

“They wanted to come back. Their employees live near here and wanted to be close to home,” Hall said.

“Initially they were talking about bringing 15-20 people back, but two weeks ago that number increased to 35 positions,” he said.

Hall bought the building from Sam Pennington and his sister, Kate, who owned it under the name Five Nickel LLC.

Five Nickel LLC had purchased the building in October 2015. In addition to Taction, the building was formerly home to New England 800 Co.

Hall, who lives on Gross Neck, previously converted the former Fieldcrest Manor into a light industrial and small-business development space called the BugTussle Brooder. He also created the BugTussle Annex, a high-tech professional coworking and event space on the third floor of the Jefferson Street building.

AnswerNet has over 25 call centers within the continental U.S. and Canada. Hall said the Waldoboro location will specialize in customer care and support programs for large retail brands.

The departure of a gym business on the first floor made the space available for the new call center, according to Hall.

Hall said the food pantry in the basement and the BugTussle Annex will remain in place.

Hall said he is committed to reinvigorating the Waldoboro economy and has worked to promote economic development in the Midcoast since retiring after 30 years of working in research computing management at the Massachusetts Institute of Technology.

“That’s part of our motivation to do this. We want to promote economic development in Waldoboro. It’s what I do. I’ve been doing residential real estate management for 45 years,” Hall said.

Hall said that over time his company’s investment strategy has changed from residential to commercial properties.

“We’ve been switching our investment strategy from multi-family light and commercial properties and this was a good opportunity to do just that,” Hall said.

Hall said most of the professional building will soon be full, with only two offices on the second floor currently available.

“We have two offices left and hope to provide a modern, comfortable, and energy-efficient environment for small-business owners and professionals,” he said.

Tenants on the second floor include a hairdresser and, for now, the office of the Waldo Theatre’s new executive director, Hall said. The director will move into the nearby theater when renovations are complete.

Hall’s acquisition and ownership of the building is economically feasible due to planned sustainability-minded upgrades to the structure, he said.

“Over the next year or so we plan to do a deep energy refit of the building, including replacing all of the existing fossil fuel-powered HVAC equipment with far more efficient heat pumps,” he said.

The heat pumps will be powered by a large solar array S and J Llama LLC plans to build on its Depot Street property. The array will produce enough energy to power both buildings, in addition to several other properties under development.

Hall has other upgrades in mind for the Jefferson Street building. “We will upgrade the lights to LEDs and go through all the systems to make them energy efficient,” he said.

Hall also plans to swap out the building’s oil boiler for a propane system.

“We’re taking out the 75% efficient No. 2 fuel oil for a 95% efficient, state-of-the-art condensing propane-fired boiler to back up the solar power heat pumps, which will cover 100% of the building. The propane is just for extreme Maine weather,” Hall said.

One of the building’s advantages is its proximity to fiber-optic cable installed in the village by Tidewater Telecom Inc., of Nobleboro.

In addition to his efforts in the private sector, Hall is a former chair of the Waldoboro Planning Board and a former member of the RSU 40 Board of Directors and the Waldoboro Economic Development Committee. He was a founding member of the town’s communications technology committee and currently serves on the Region 8 School Board.