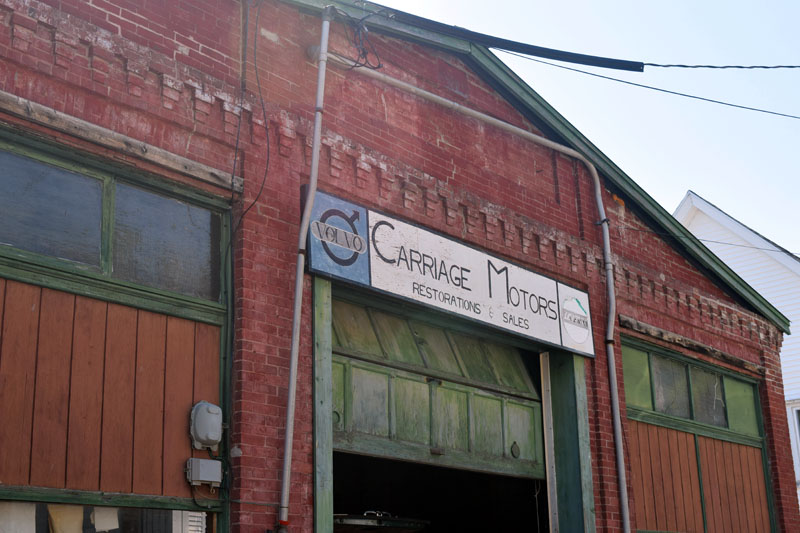 Carriage Motors owner David Laemmle plans to sell the building at 27 Middle St. in downtown Wiscasset after 46 years at the location. He will continue his work from a barn on his property in Alna. (Jessica Clifford photo)

The 46-year owner and operator of Carriage Motors, a downtown Wiscasset garage that specializes in antique vehicles, plans to sell the 27 Middle St. building.

David Laemmle plans to continue the business on a smaller scale from a barn on the same property as his home in Alna.

Laemmle believes he may have the longest run of any current business owner downtown. He refers to the garage as his “man cave.”

“It’s not as if I haven’t given it a good go … it’s a good time to sell the building,” Laemmle said.

The service and restoration shop occupies 5,720 square feet and two floors in the 108-year-old building.

After Laemmle sells the building, he plans to invest some of his returns into the 1700s barn next to his home of the same era.

He will continue to restore all types of antique and vintage vehicles and motorcycles for collectors around the world, and will keep all his tools and parts. He plans to work less, but has not settled on hours of operation yet.

Laemmle has yet to come up with an asking price or list the building, but has talked with real estate agents.

“You can do anything in the building,” he said, but he thinks a brewery or restaurant would be a particularly good fit. 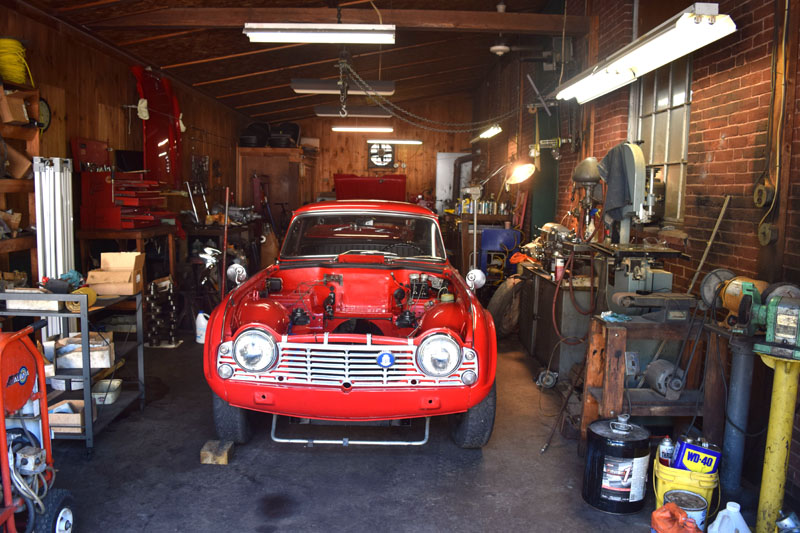 One of the rooms where David Laemmle restores vintage cars and motorcycles at Carriage Motors in downtown Wiscasset. (Jessica Clifford photo)

“If someone were to buy this building, unless they came in to run a shop like I am running, I’m going to try to cater to someone in the food industry – restaurant business, distillery, brewery,” Laemmle said. “The building would be fabulous … I can envision all kinds of things.”

The building has a long history, starting out as the original Haggett’s Garage. A Model T Ford garage when it first opened in 1911, it’s one of the oldest car garages in North America, Laemmle said.

When Laemmle moved from his hometown on Long Island, N.Y. to Maine in 1972, he found the building by mistake.

Late for a meeting at First National Bank in Damariscotta to talk about buying a building in Camden, he came across the Wiscasset building “and fell in love with it immediately,” he said. He put down a $100 deposit and completed the purchase soon thereafter.

Laemmle has worked on cars for a living for 53 years. He began his career at 18, the summer before he started college. The teenage mechanic worked for Dan Gelfi, head of the Maserati Racing Team of North America, headquartered in his hometown. The team raced Alfa Romeos and Ferraris.

Among other famous drivers and teams, he worked as a crew member for William Wonder, who raced in the Canadian-American Challenge Cup from the mid-1960s to the early 1970s.

His work on exotic sports cars and motorcycles has been showcased in the Guggenheim for “The Art of the Motorcycle” exhibit and his restorations have been featured in Car and Driver, Down East, and Road & Track.

One of two MV Agusta motorcycles Laemmle restored for competition purposes won Best in Show at the Amelia Island Concours d’Elegance in March.