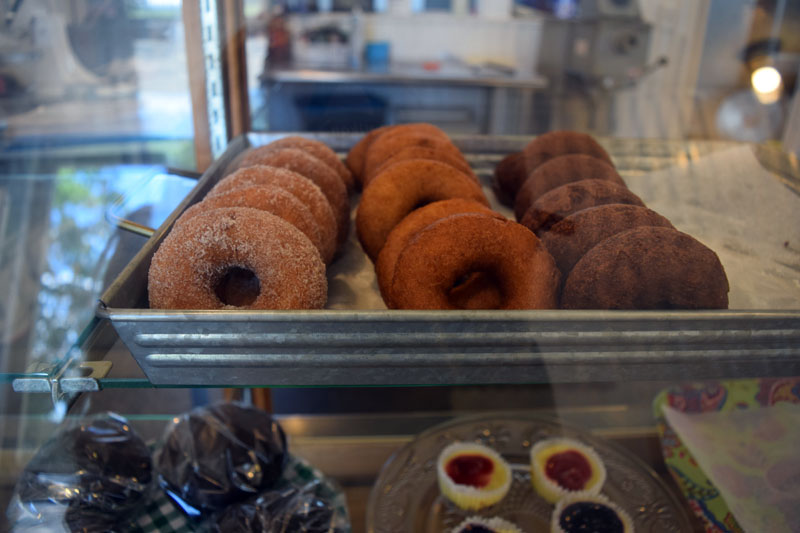 Chase Farm and Bakery, of Whitefield, will have a grand opening Friday, June 29 for the new shop where baker and self-described doughnut addict Robin Chase sells her fried doughnuts, homemade pies, and other baked goods.

Robin Chase and her husband, Pat Chase, own the bakery, which is on the same property as their farm and house at 333 Townhouse Road. They had a soft opening a month ago.

The bakery had existed in some form since the early 2000s, but opening a retail shop was a long-held goal.

“It was always a dream to be able to bake and sell in the same kind of environment because people, number one, like to see you baking, and they also love to smell it,” Robin said.

Robin sells some of her products wholesale to local stores, like Country Corners Grocery in Coopers Mills and Sheepscot General, just down the road. She is also a veteran vendor on the farmers market circuit.

She began selling baked goods at farmers markets in the early 2000s and can now be found at the Damariscotta, Boothbay, and Bath markets.

“I’ve been doing it for so long and I have so many great customers, plus the vendors are like my family and we do the same markets together,” Robin said. “So I don’t know when I’ll stop doing that.”

Robin is also known for selling her fried pumpkin doughnuts on Biscay Road during the annual Damariscotta Pumpkinfest. 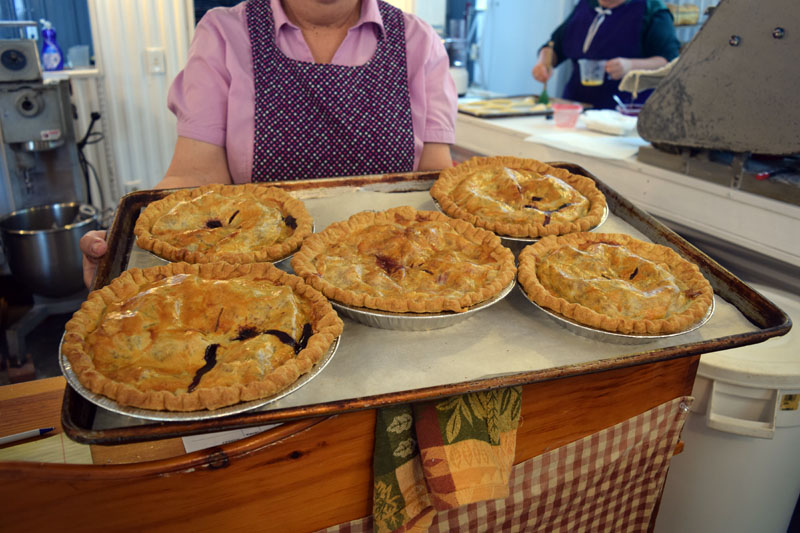 She started baking in her house kitchen, using an adjacent room as a place for people to pick up her baked goods and pay through an honor system.

After outgrowing a few kitchens she made throughout her house, she finally moved everything into the old milk room at the farm, which Pat renovated into the shop.

Robin always keeps on hand what she refers to as the “baker’s bible,” which stores all the recipes she uses every day. Some of her recipes came from her mom, but others she has found while skimming the pages of cookbooks and baking magazines.

All the baked goods she sells at the farmers markets are also sold at the bakery, and a few more besides.

Some of her items include whoopie pies, scones, muffins, biscuits, and an assortment of old-fashioned breads and cookies. Robin also sells more than just the classic pie. She bakes galettes, which are open-face pies, and hand pies. She makes hand pies, as she likes to tell customers, “so you can drive and eat pie.” She bakes various flavors, but her top three are blueberry, strawberry rhubarb, and bumbleberry, a mixture of blueberry, raspberry, and blackberry.

However, she is most known for her fried doughnuts, which she has been making for 40 years. Some doughnut flavors are seasonal, like pumpkin and cider, but plain, molasses, chocolate, and cinnamon sugar are offered year-round.

After using several kinds of frying machines, she now uses a Donut Robot, a small rig that produces 300 doughnuts an hour using a conveyor belt system. 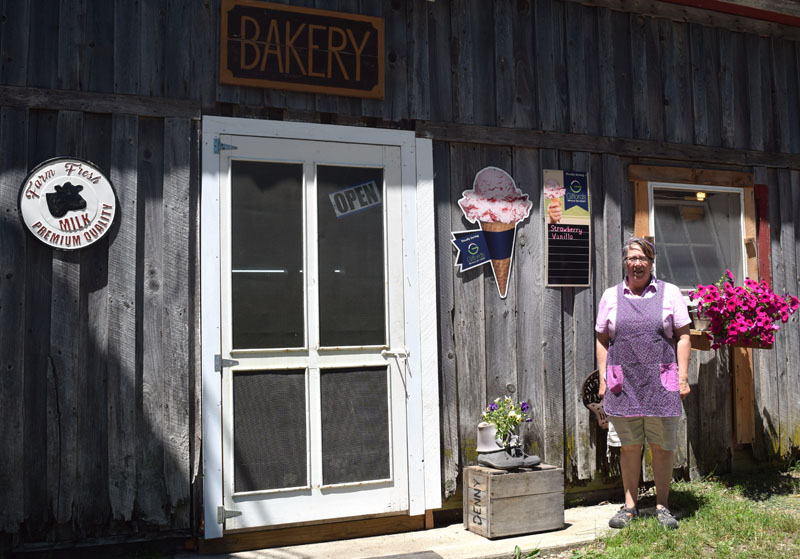 Baker and co-owner Robin Chase in front of Chase Farm and Bakery in Whitefield, which will hold a grand opening Friday, June 29. (Jessica Clifford photo)

The shop also sells raw milk from the family farm, coffee, which is free in the morning, and Maine-made Gifford’s ice cream in vanilla and strawberry.

During the grand opening Friday, June 29, the shop will have free samples and beverages available and a raffle for a basket of $25 worth of baked goods.

Though the grand opening is approaching, Robin said the bakery is not finished. She hopes to expand the bakery into another room behind the shop. Currently, the bakery only offers takeout, but Robin plans to build a porch on the front of the shop with a few chairs and tables for customers.

Robin said that though she is the baker, her husband plays an important role in the business.

Chase Farm and Bakery is open Wednesday-Saturday from 7 a.m. to 6 p.m. and closed on Mondays and Tuesdays. As for Sundays, Robin said she sometimes has the shop open, and asks customers to call or check for the large “open” flag by the road. From 3-6 p.m. Saturday, everything is half-price.

To place a specialty order for events or parties, call the shop at 549-7611 or email Robin at chasefarmbake@gmail.com.