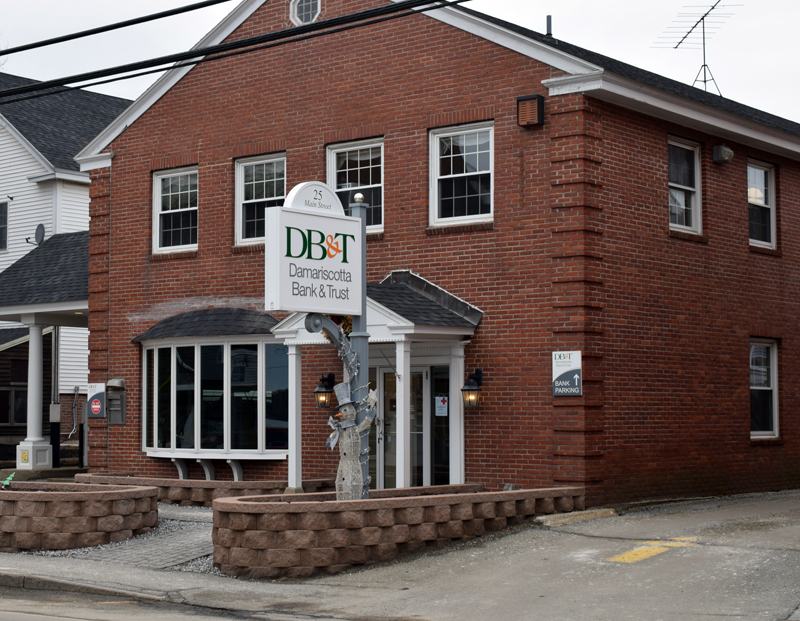 The surviving founders of Damariscotta Bank & Trust Co. and other community leaders with connections to the bank agree its merger with Bangor Savings Bank was likely inevitable and will benefit the community.

The bank’s 47-year history will come to an end when the merger goes through later this year.

Damariscotta Bank & Trust will merge into Bangor Savings Bank in June or July of 2020, if an agreement between the banks’ parent companies, announced Dec. 17, meets with the necessary approvals. The boards of directors of both parent companies and their subsidiary banks unanimously approved the agreement.

Kate Rush, senior vice president and director of community relations for Bangor Savings Bank, said recently that the process is expected to go forward as planned later this year.

The leadership of the bank’s board and the surviving founders see the deal as a good one for the bank and its shareholders.

Damariscotta Bank & Trust opened its first branch, in downtown Damariscotta, in February 1973. A group of local businessmen founded the bank in the early 1970s to meet the needs of families and small businesses in the area.

Of the original founders, only Howard and Hunt are still alive.

Howard, a retired lawyer, continues to serve on the bank’s board of directors as its clerk and secretary and will stay until the merger is complete.

Howard has mixed emotions about giving up his stake in the bank he helped establish.

Howard is proud of the bank’s work to fund small businesses and the self-employed, like lobstermen, many of whom might not have been able to secure loans through a larger institution.

He said Bangor Savings Bank offered a good deal for the shareholders who have stuck with Damariscotta Bank & Trust from the beginning.

He said not one employee is being asked to leave by Bangor Savings Bank, which indicates a community-minded approach and a desire for continuity.

“They really went out of their way to show how interested they were in keeping the employees,” Howard said.

Rush, from Bangor Savings Bank, said the bank is looking forward to working with employees of Damariscotta Bank & Trust, but it is too early in the merger process to discuss details of employment issues.

“We have, without question, some of the most capable, hardworking bank employees that I’ve ever seen,” Howard said.

Howard said the board saw the merger as inevitable, with the various challenges of stiffer regulations, competition with multibillion-dollar banks, and rising wages.

Damariscotta Bank & Trust had $198 million in assets at the end of 2018, according to its latest annual report.

Howard said he was the only board member who thought the bank could continue to progress into the future, considering the challenging landscape for small financial institutions.

“Therein lies the horns of a dilemma. Do we take a good opportunity, which we may not have in the next year or two or three? So, we’ve decided to do it this way, and it’s a win-win,” Howard said.

Chester Rice, chair of the board of directors, welcomed the merger. He said the merger would have become necessary eventually because small banks cannot keep up with federal regulations.

“It’s hard for a community bank,” he said.

Norman Hunt, a founder of the bank and of N.C. Hunt Inc., resigned from the board of directors three years after the first branch opened in downtown Damariscotta.

He also said he did not feel very involved in the decision-making process at the bank.

“I was a busy man. The bank was really run by Bob Reny and Clayton Howard, and I got tired of sitting there at the meetings listening to them talk for two hours,” Hunt said.

Despite his strained relationship with the bank in the past, Hunt sees the merger as a good thing for the community.

“I think it will bring a lot of banking strength to the Damariscotta area,” he said.

The late Robert H. Reny, better known as R.H. and also as Bob, founder of the Damariscotta-born Renys department stores, was a founder of Damariscotta Bank & Trust.

John Reny, R.H. Reny’s son and the current vice chair of the bank’s board of directors, said the merger is a fair deal for the stockholders and a good deal for the employees.

He said the board feels Bangor Savings Bank is a well-run bank and it made an attractive offer to take over Damariscotta Bank &  Trust.

John Reny said regulations put in place after the financial crisis of 2008 were meant for the big banks and ended up being detrimental to small banks.

Sam Roberts, publisher of The Lincoln County News from 1966-1992, was another founder of Damariscotta Bank & Trust.

Chris Roberts, Sam Roberts’ son, is the current publisher of The Lincoln County News and a customer and shareholder at Damariscotta Bank & Trust.

Chris Roberts said he is relieved he doesn’t have to worry about passing down his shares in the bank anymore, since they will be converted to cash in the merger.

Mark Doe, Louis Doe’s son and another customer and shareholder of the bank, said he understands the board did what was best for the shareholders.

“It’s sad to see a Damariscotta institution go. It provided a place for local small businesses to go for their financial needs. I hope that Bangor is able to fill that need in the community,” Mark Doe said.

“They probably found the best fit for the community,” Mark Doe said of Bangor Savings Bank.