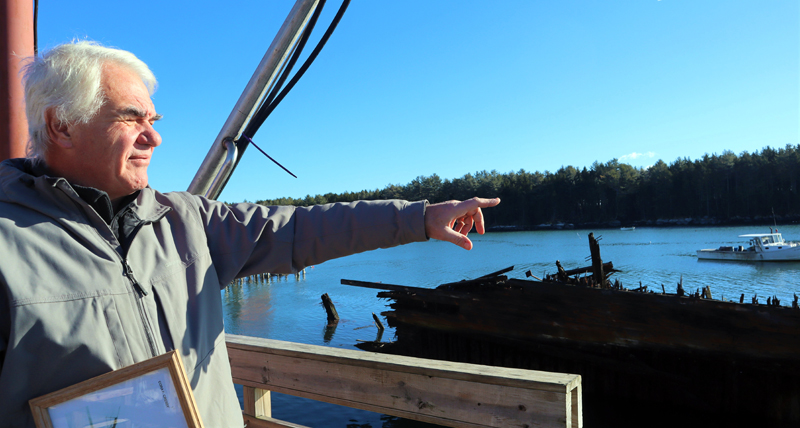 Community Shellfish Company is expanding to southern New England and New York, and bringing the products of Maine’s burgeoning shellfish and aquaculture industry to a new market.

The company received a federal grant of about $420,000 from the U.S. Department of Agriculture’s Local Agriculture Market Program to create videos that show new customers in Connecticut images of where the shellfish is coming from and raise demand for seafood from Lincoln County.

The company is opening a new distribution point in Bethel, Conn., to capitalize on a population that does not have the same local access to high quality shellfish, Marsh said. In Maine, there has been a large focus on “gearing up the production” of aquaculture, oysters, and clams without a growing market to target.

“There needs to be a strong demand to have a strong supply,” Marsh said.

The marketing effort is meant to create an identity for Lincoln County as having good quality shellfish and good harvesting practices, he said.

By installing monitor screens of different harvesting locations in Lincoln County across 26 fish stores in Connecticut, customers can “see where the product is coming from, how it is harvested, and how it is handled,” Marsh said.

The media-rich approach of raising awareness of where the seafood comes from and how people can cook it at home is meant to transport a piece of Maine’s shellfish culture to metropolitan places such as New York City, Hartford, and New Haven.

More importantly, Marsh said he wants to create “empathy and understanding of what it takes to get the shellfish.”

Amid a cultural push for knowing where food comes from, Maine has the industries, land, and relatively undeveloped shoreline to build upon to meet this rising demand in both land and seafood products.

“It’s a great whiteboard for people who want to come up here and do cool stuff in aquaculture and agriculture,” Marsh said. “There’s so much resource that has not been ruined.” 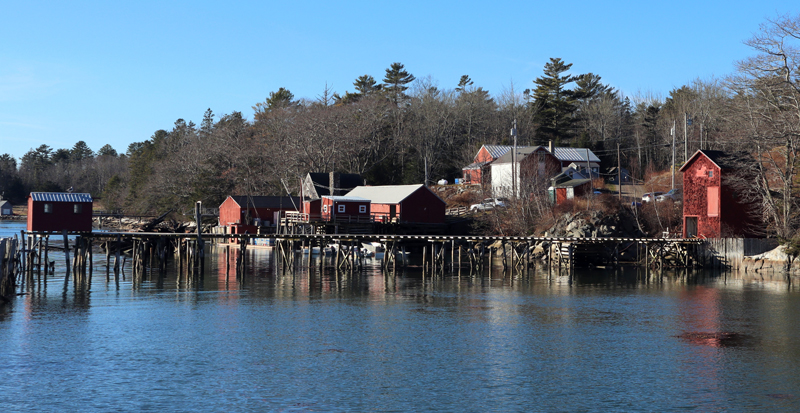 The dock at Community Shellfish Company on the Medomak River. (Emily Hayes photo)

Bob Altman, CEO of the operation in southern Connecticut, has been leading the test market over the past year in Fairfield County and catering five fish stores.

“Reception has been strong enough to do it across the entire county,” he said.

One test for scallops involved harvesting 90 pounds of the shellfish on a day boat in Maine, with Altman coordinating videos of the fishermen and the harvesting process. The videos were screened in the Nordic Fish Market in the town of Fairfield. When the scallops arrived at the store on Saturday morning, the 90 pounds of Maine scallops sold in two hours, Altman said.

“Customers gravitated toward the story of the fishermen,” he said, which sparked the idea for the media-driven approach supported by the USDA.

The new 4,000-square-foot Bethel distribution plant has been about a year in the making, and Community Shellfish has about 10 restaurants, fish shops, and local customers it is directly selling to in the area instead of selling to a larger distributor and losing profit.

Marsh’s vision is to build it up with lobster tanks, coolers, freezers, and icemakers, similar to what he has in Bremen, with the ultimate goal of building up revenue equal or greater to profits in Lincoln County by sending about half of the company’s products there, he said.

For now, a van travels back and forth between Bremen and Bethel full of seafood.

Community Shellfish is one of five food system projects in Maine to receive grant money from the national program, totaling $3.5 million.

In coastal communities, shellfish are a major driver of the economy and create thousands of jobs, including in product transportation. Marsh said profits from expanding into southern New England will put money back into the Midcoast community through employment opportunities and a larger market for Maine’s mussels, clams, oysters, and lobsters.

“For now, we are just testing pricing and what we can do in terms of how effective and rich this thing is going to be,” Marsh said. “So far it’s been a really good test.”