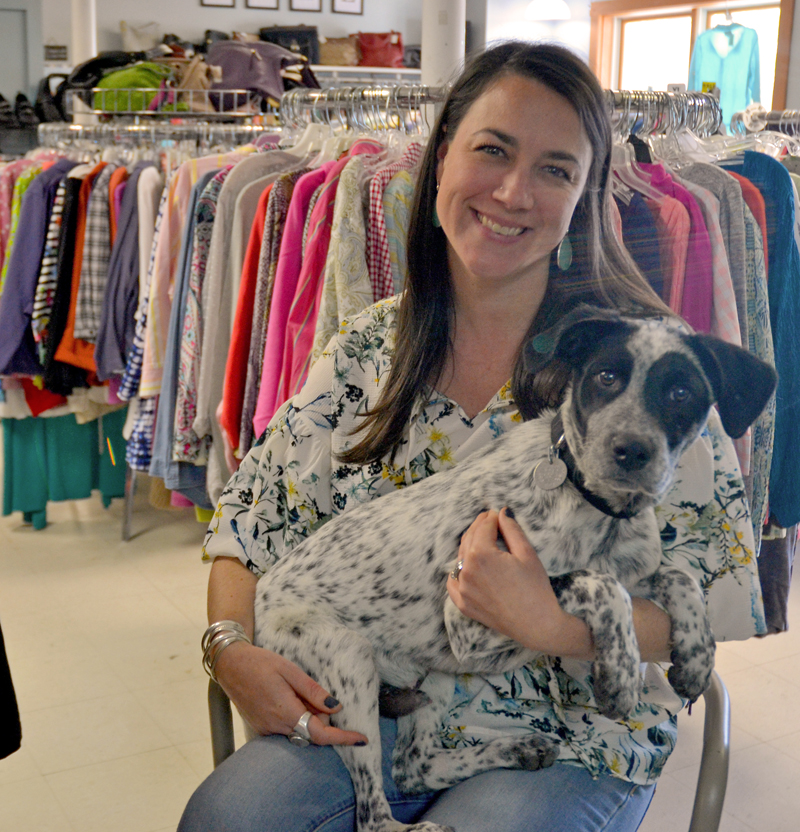 Consigning Women owner Annie Avantaggio and her dog, Patch, in the store at 521 Main St. in Damariscotta. In mid-September, Avantaggio will relocate the shop to 63 Main St. in Newcastle. (Maia Zewert photo)

Consigning Women, of Damariscotta, will move into the Parker Interiors building in downtown Newcastle in mid-September.

The announcement of the upcoming move follows the June 1 sale of the 63 Main St. building from Carolyn and George Parker to Will and August Avantaggio.

Carolyn Parker, of Newcastle, bought the building in 1998 after renting space for her interior design business, Parker Interiors. The business later expanded to include furniture and was rebranded as Carolyn’s Cottage at Parker Interiors.

Carolyn Parker’s husband, George Parker, moved his architecture practice into the building in 2017 after the sale of the couple’s Damariscotta home, which also housed his practice.

The Parkers wanted to sell the building before Carolyn Parker retires, and originally put it on the market a year ago. Once their Damariscotta home went under contract, however, they took the commercial property off the market, as they “did not want to move out of two places at once,” George Parker said.

Carolyn Parker put the building back on the market in late January. Every week, someone came to look at the building, but most were looking solely for investment reasons, she said.

“There were just so many people who looked at it and wanted to break it up and rent it,” Carolyn Parker said. “I wanted to pass it on to someone I thought would take care of it.”

Around the same time, Consigning Women owner Annie Avantaggio was ready to take the next step for her shop.

Annie Avantaggio, of Bremen, purchased the consignment shop at 521 Main St. in Damariscotta from Terry Fairhurst two years ago. Since then, Annie Avantaggio has made some changes to the consignment process and increased the shop’s social media presence, resulting in the addition of 250 consigners to the business. 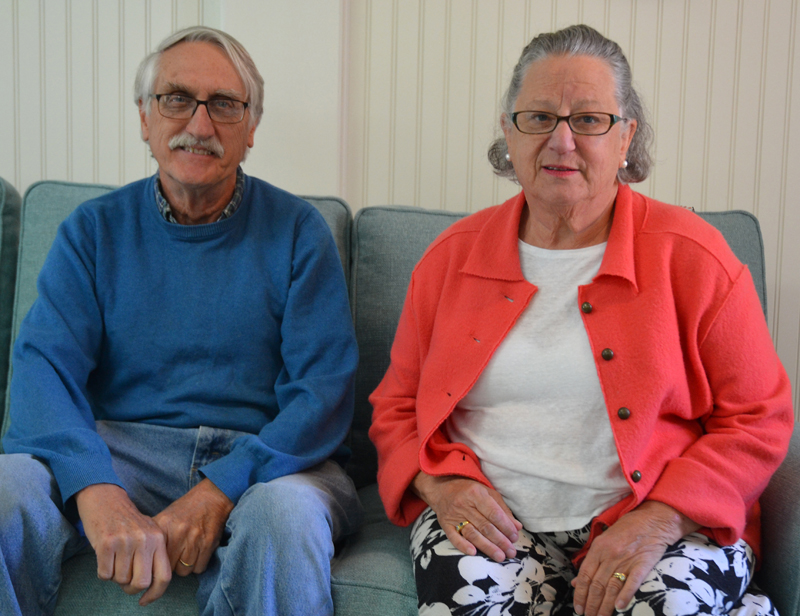 “It’s really attracted a younger population to the shop, which already had a great following,” Annie Avantaggio said. “By allowing more flexibility in the consignment process, it’s really helped grow the inventory and upped the quality of clothes we have here.”

Over the winter, however, she began to feel a little antsy. “It was like I needed something to grow the shop and really make it my own,” she said. “The past couple of years I’ve been slowly making adjustments and putting my spin on this, but I wanted to take it to the next level of ownership.”

The family began “joking and dreaming” about buying the building, Annie Avantaggio said.

“And then we went and looked at it and the dream became real,” she said. “It really struck a chord in me that this was the something I was looking for.”

As partners, Will Avantaggio and August Avantaggio made an offer for the building in April. The purchase closed June 1. Jim Cosgrove was the listing broker, Thomas Field the buyer’s agent. 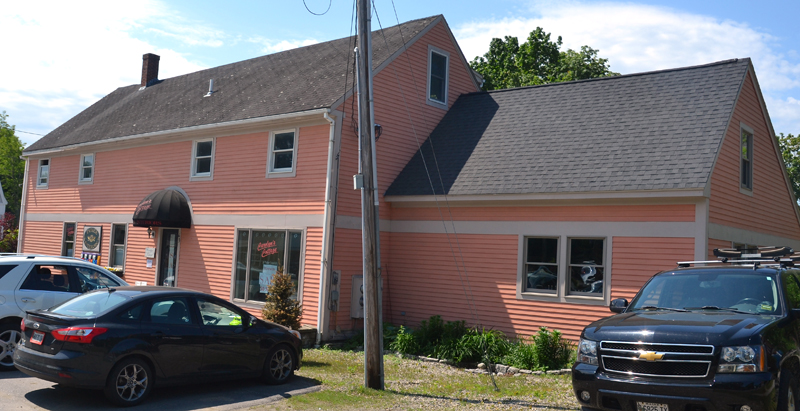 Carolyn and George Parker have sold their commercial building at 63 Main St. in Newcastle to brothers Will and August Avantaggio. The building will become home to Consigning Women in September. (Maia Zewert photo)

For Carolyn Parker, the Avantaggio brothers were the perfect people to purchase the building. “I’m so glad it’s someone local with a purpose,” she said.

“I started out working in my house with a studio, and now I’m coming full circle,” Carolyn Parker said.

The Parkers plan to be moved out of 63 Main St. by July 4 and will hold sales to help clear out inventory.

With the existing natural light and colorful walls, Annie Avantaggio said the only major work she plans is to redo the flooring in the building before she relocates in mid-September.

Consigning Women will move into the space occupied by Carolyn Cottage at Parker Interiors, Annie Avantaggio said. There are no concrete plans for George Parker’s former office space. The new owners will continue to rent a second-floor apartment to its current tenant.

For more information about Parker Interiors, visit parker-interiors.com. Consigning Women can be found on Facebook and Instagram.