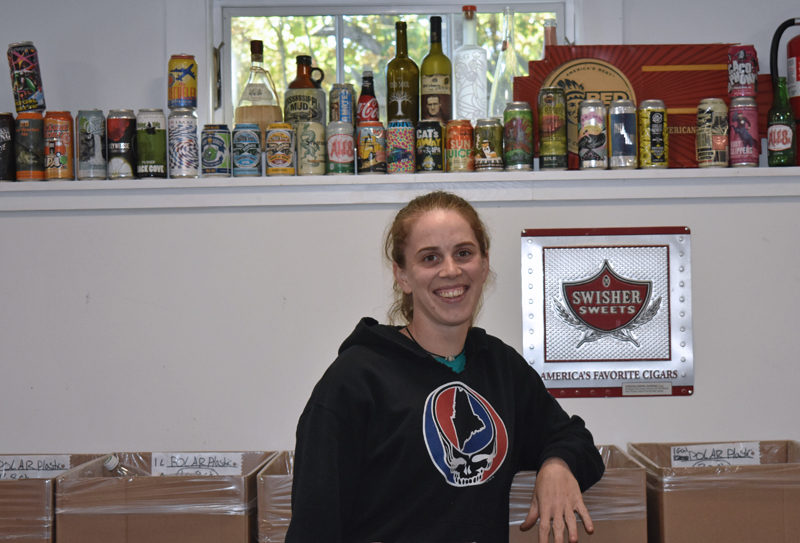 Caitlyn Butler is the manager of Corner Redemption Center in Waldoboro, open 9 to 5 p.m. every day except Thursday and Sunday. (Alexander Violo photo)

Waldoboro has a redemption center again, with the new Corner Redemption Center open five days a week at Kaler’s Corner.

The center is open from 9 a.m. to 5 p.m. every day except Thursday and Sunday, according to manager Caitlyn Butler.

Butler said she has been pleased with the amount of traffic at the redemption center and hopes business will continue to pick up. The plan is to stay open through the winter, she said.

The redemption center is accessed by a driveway on Main Street. The center has worked to keep the parking area clean, storing all cans and bottles inside, Butler said.

Shawn Elliott, of Round Pond, owns the building at 4 Bremen Road. 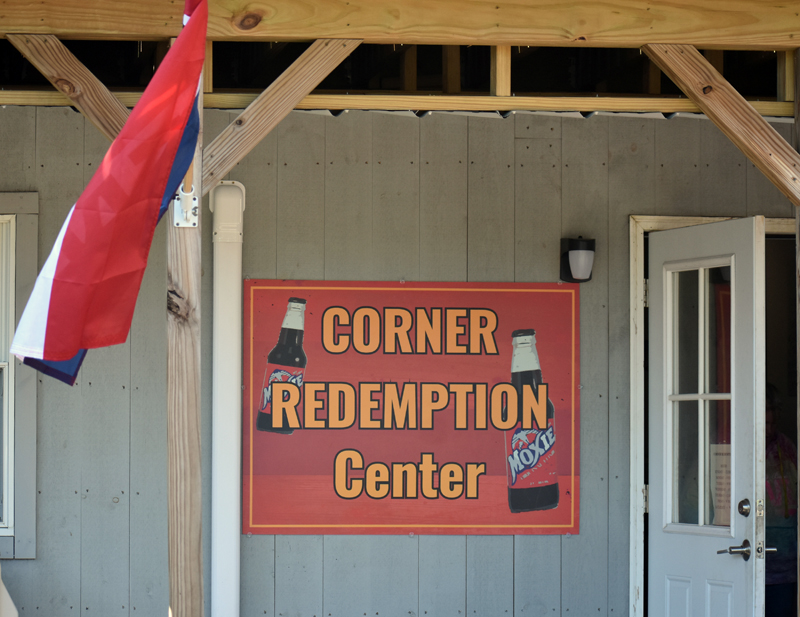 Elliott, who took over the management of the corner store, formerly Crazy Burgers and Pizza in 2017, purchased the building from its previous owner, Dan Goldenson, of Bremen, in mid-August.

Elliott said he wanted to bring a redemption center to the location because it previously had one and because the area does not have enough redemption centers to adequately meet the needs of the community.

“There had always been a redemption center here and Waldoboro really needed one,” Elliott said.

Elliott said that when he expressed interest in opening a redemption center, a friend recommended Butler to oversee it.

Elliott said he may expand the redemption business in the future with more storage space, as he owns property behind the parking lot, if the business needs more room.

“I own a piece of land back there. We may need to add another building,” Elliott said.

The redemption center currently occupies a space of about 800 square feet, Elliott said.

At the corner store upstairs, Elliott said he is looking forward to introducing a hot food buffet, with pizza and wings, on Friday nights this fall.