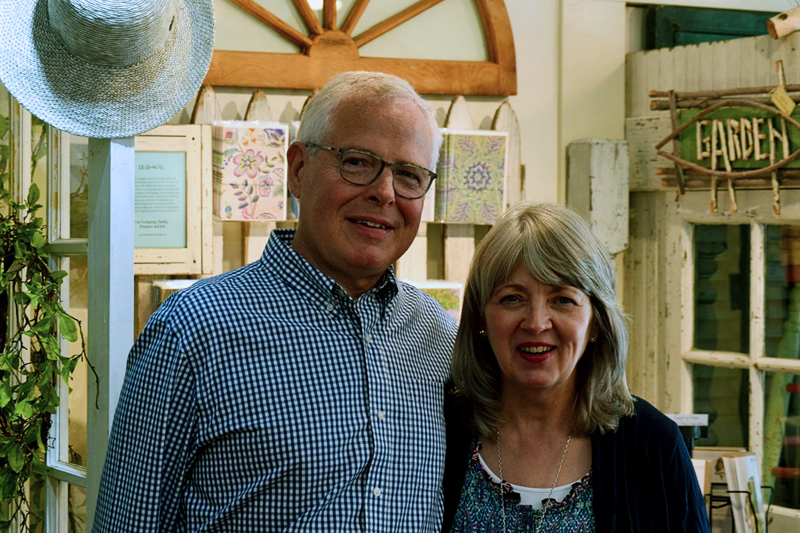 After 28 years in a horse barn in rural New York, a country store with a variety of home goods and gifts has come to 52 Water St. in Wiscasset village.

Marianne Barry owns Old and Everlasting with her husband, Rob. They brought the spirit of their New York shop – along with some physical pieces of it – to the new incarnation in Maine.

Old and Everlasting brims with memories of the original store in Cazenovia, N.Y. Marianne has decorated the interior with wooden fences and doors salvaged from the barn. She has recreated displays from the original store, with new merchandise on antique tables and windows.

Women’s accessories, homemade greeting cards, home goods, and books fill the store, but Rob anticipates that Marianne will eventually have every inch of the store decorated with gifts and displays. “She started ordering merchandise as soon as we signed the lease,” he said. 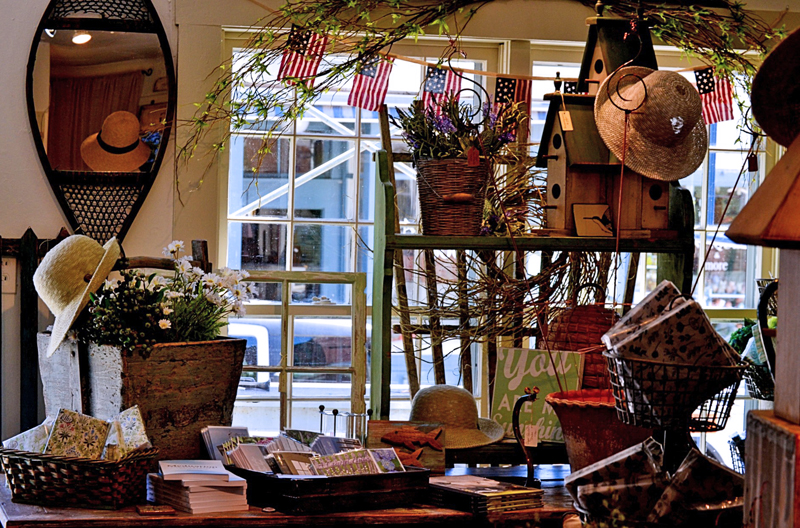 A seasonal display of home goods and accessories at Old and Everlasting. (Nettie Hoagland photo)

Each year at the original store in Cazenovia, Marianne discovered new ways to creatively display her merchandise. What started out as a small antique shop evolved into an outlet for her imagination and craft. “Over time, it really became its own entity,” she said.

During the holidays, Marianne’s neighbor and mother helped her decorate the store with Christmas trees, ornaments, and gifts. It was a destination for many people from out of town.

“People would just show up to enjoy the displays and be in good company,” Marianne said. The couple’s pet goats often visited the shop, adding to the Old and Everlasting charm.

Marianne’s creative decorating helped earn Old and Everlasting the runner-up award in Country Business’ Retailer of the Year Contest in 2005.

After many seasons of growth, new customers, and changing decorating trends, the Barrys decided they were ready to enjoy the next chapter of their life. Many summers of vacationing in Kennebunk drew them to Maine. They sold their property in Cazenovia and built a farmhouse in Topsham. 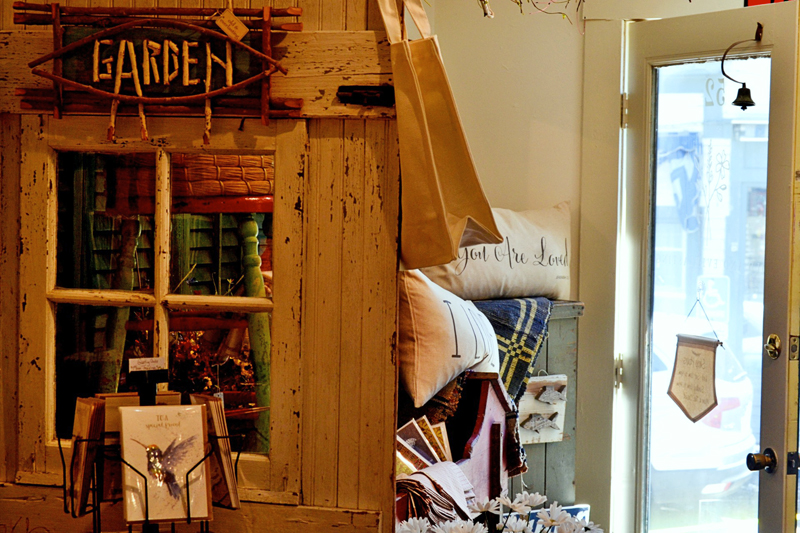 The original barn door from the Old and Everlasting shop in Cazenovia, N.Y. serves as a prop for merchandise in the Wiscasset shop. (Nettie Hoagland photo)

When the Barrys leased the building on Water Street in June, Marianne immediately put her decorating skills to use and got the store ready for the July 4 opening.

The smaller space in Wiscasset gives the Barrys more time to manage the store and explore Maine.

“The shop is our retirement,” said Rob, who spent 41 years running his commercial cleaning business and helping Marianne with the shop on weekends. “We’re dedicated to the store and we love to work.”

After they closed the shop in Cazenovia, Marianne started a line of homemade greeting cards, which she sells at the Wiscasset shop and on the Old and Everlasting website. “I needed some way to keep creating,” she said.

With more merchandise and decorating to come, the Barrys look forward to recreating the environment that customers in Cazenovia described as “peaceful and welcoming.”

Old and Everlasting is at 52 Water St. in Wiscasset – on the Red’s Eats side of Main Street – and is open from 11 a.m. to 4 p.m. Wednesday-Saturday and noon to 4 p.m. Sunday. To reach the Barrys, email oldandever@aol.com.

To learn more about the history of the store or to order Marianne’s custom greeting cards, go to oldandeverlasting.com.