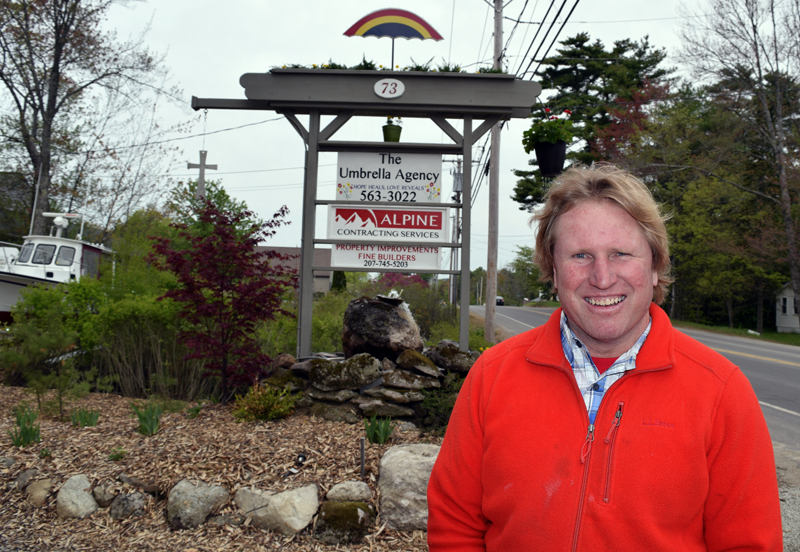 A building contractor with a flair for creative projects and 20 years of experience in the design and construction of high-end homes and landscapes has opened an office in Damariscotta.

The New Hampshire native was a general contractor for custom, high-end homes while living in Telluride, Colo. and Bozeman, Mont. from 1997-2013.

Turner works as comfortably with traditional styles like log homes and timber frames as with modern building technologies like insulated concrete forms and structural insulated panels.

He was an early adopter of energy-efficient construction and solar systems, and has a passion for recycled and repurposed materials. He is an expert in irrigation, and many of his projects include manmade ponds, streams, and other water features.

“I feel like God’s given me a gift. I have an eye and I love to design, build, and landscape,” Turner said.

Turner grew up in Amherst, in southern New Hampshire.

“I was a born entrepreneur,” he said. He had a paper route as a boy and started a landscaping company called Renew Ltd. at the age of 16. He grew the business and started his career as a contractor before becoming a professional skier in his mid-20s.

Between international jaunts with the World Pro Mogul Tour, he supplemented his income as a carpenter, painter, roofer, and stone mason. He learned the trades hands-on with the mentorship of various tradesmen, but is largely self-taught.

“Every project that I’ve ever been involved in I’ve had my hands on,” he said. “I’m not a gentleman builder. I’m an in-the-trenches guy. That’s always served me well.” 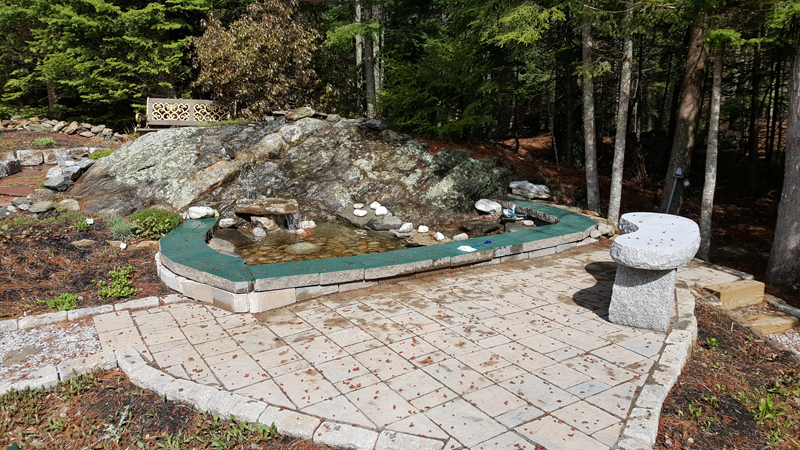 A patio with a water feature incorporating natural ledge on a property in Boothbay, designed and built by C.J. Turner. The water feature uses a reservoir and a pump to recirculate the water. (Photo courtesy C.J. Turner)

He started his own general contracting business in 1997. His resume since consists of a series of high-end custom homes, including some multimillion-dollar projects.

In 2013, he retired and moved to Maine, where he has a cottage on Isle au Haut in Knox County. He bought a small farm on the mainland, in the Penobscot County town of Orrington, near Bangor.

For a couple of years, he kept busy with an expansion of his Isle au Haut cottage and improvements to the farm, which grows produce for charities, such as the Bangor Homeless Center. “It’s a passion of mine to help others,” Turner said.

He opened his office in Damariscotta a year ago, in the Biscay Road building also home to The Umbrella Agency.

Turner has been making improvements to the property. He has completed a “living sign” with a water feature and is working on landscaping and an expansion of the parking lot.

“I felt it was the best economy,” Turner said of his decision to open for business in Lincoln County. “There’s a lot of opportunity in this area – a lot of really good potential clients.”

Turner is finishing a major restoration of a circa-1900 home in Castine and beginning to build relationships and market his business in Lincoln County. 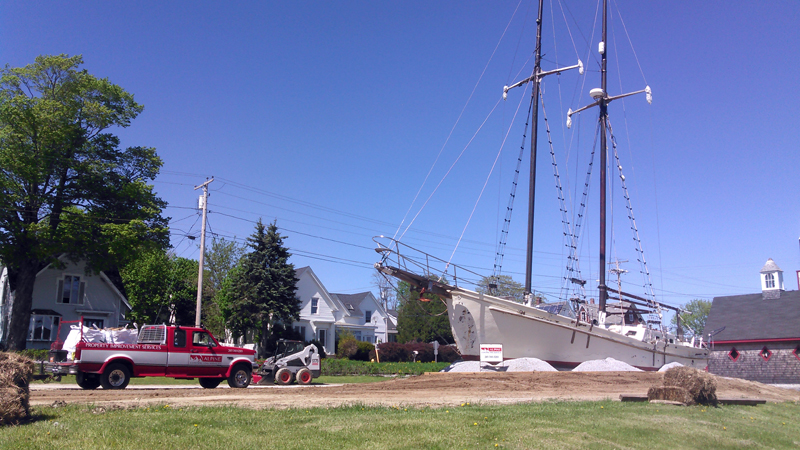 Alpine Contracting Services, of Damariscotta, stabilized and landscaped the yacht Gem as a permanent feature at the Sail, Power, and Steam Museum in Rockland. (Photo courtesy C.J. Turner)

He is a general contractor, builder, and landscaper, and his capabilities include fine custom homes, renovations, creative property improvements, and landscaping projects, often with water features.

He is looking for projects with room for creativity.

“I’m gearing my business toward coastal work because I have a passion for the ocean and I love the opportunities for creativity that the region presents during the summer,” he said. “I consider myself a very creative guy, a problem-solver, and I love projects that have some artistic challenge to them.”

Although he has experience as a general contractor for multimillion-dollar projects with a crew of 30, he welcomes projects big and small, such as a water feature he designed and built in Boothbay last year.

He plans to hire employees and work with subcontractors as the business grows, but said he doesn’t want to run a large company.

“I’m not looking to slay the world,” he said. “I believe in quality of lifestyle. I really enjoy being able to go out to my cottage on the island.”

“I’m interested in a couple of projects at a time,” he said. “That kind of thing seems to work best for me at this point.”

Alpine Contracting Services is at 73 Biscay Road in Damariscotta. For more information, call 745-5203, email charlesjohnturner@gmail.com, or go to alpinebuildingcompany.com.