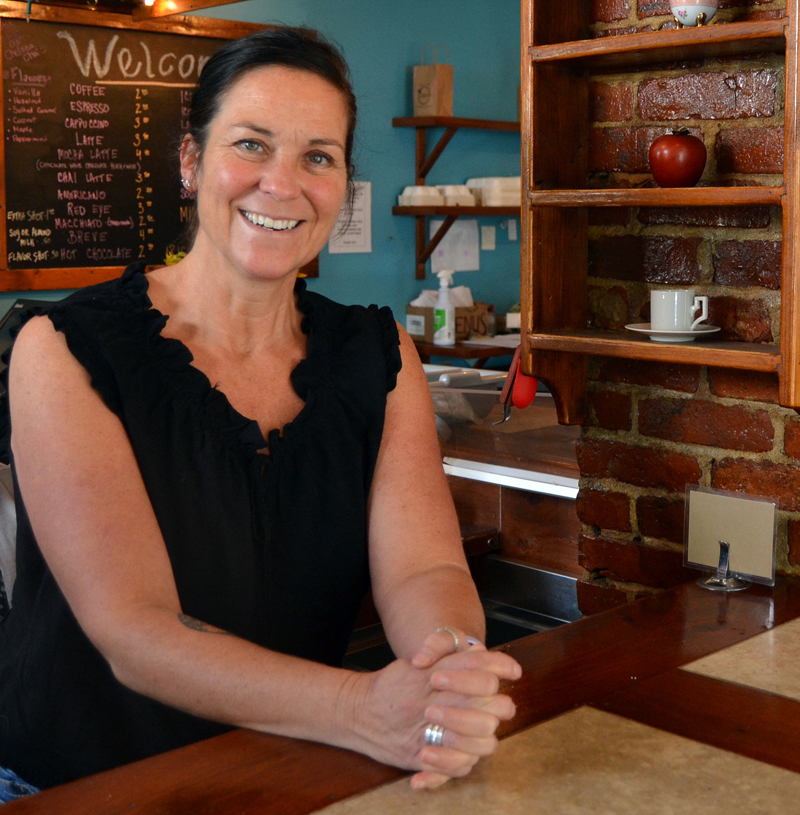 After close to a decade in business, a downtown Damariscotta favorite will close this weekend.

“It’s just time,” Smith said during an interview Friday, Aug. 28. “I’m very happy I took this on and I learned a lot, but right now I’m at the point where I want to slow down a bit.”

Crissy DeOnis opened Crissy’s at 212 Main St. in Damariscotta in 2010 with a breakfast and lunch menu, a variety of baked goods, and a full coffee bar. Smith first joined Crissy’s as a waitress during DeOnis’ tenure and stayed on when Colleen Kelly bought the restaurant in 2016. After Kelly closed the business in July 2016, she approached Smith about taking over.

“She made me an offer that I couldn’t refuse, and so I became the owner,” Smith said.

After taking over in October 2016, Smith received support from DeOnis as she navigated owning a restaurant for the first time.

“When you’re the owner, it’s totally different than just working in a restaurant,” Smith said. “After people go home at the end of the day, you’re still there doing your thing, from the books to prep to taking out the trash. I went into it with a very open mind, not having any high expectations, and Crissy was such a huge support.”

One of Smith’s goals while running Crissy’s was to keep the things that had made the restaurant a favorite among customers.

“I went into it thinking Crissy’s was a success, so why change it?” Smith said. “For me, Crissy’s has always felt like home, and I think a lot of customers felt the same way. There’s no uptightness. Everyone just feels comfortable, and I wanted to keep that feeling.”

During Smith’s tenure as owner, readers of Down East magazine voted Crissy’s Best Breakfast/Brunch for the publication’s annual Best of Maine edition in 2018 and 2019. While Smith is proud of the achievement, she said her time at the restaurant has been filled with good memories.

“There aren’t really big highlights, just these day-to-day highlights throughout the years,” Smith said. “Most everyone who worked here and works here is considered part of the Crissy’s family, because we really became one.”

About her decision, Smith said “it was the right time” to close Crissy’s for multiple reasons.

“After the shutdown because of the virus, I knew it was going to be tough,” Smith said. “But also a lot of my crew, including my daughter, won’t be back next year, because they’re in college and they’ll have internships and field work and stuff like that. And at this point right now in my life, I want to slow down. When it’s your business, no matter what that business is, it’s a 24/7 job, and I’m tired.”

“A lot of things fell into place, and the timing was right, and it felt like this was the right choice,” Smith said.

Smith leases the space for Crissy’s. The building is for sale and the Maine Listings website lists its status as “pending continue to show.”

On Aug. 23, Smith took to the restaurant’s social media accounts to announce that Crissy’s would close Sept. 13. As her summer staff returned to school, the closure was moved up a week, to Sept. 6.

“I’ve gotten good feedback from our customers,” Smith said. “People are sad, but they understand.”

After the restaurant closes, Smith said, she will take a step back to figure out what’s next.

“I might look for a waitressing job because I’ve done it for so long and really enjoy it, and it’s hard to step away completely from the restaurant business,” Smith said. “Running a food truck might be fun too, but right now they’re just ideas.”

“I am looking forward to having a weekend off,” Smith said. “That will be huge.”

Crissy’s will be open Friday-Sunday, Sept. 4-6. For hours and more information, call the restaurant at 563-6400 or find Crissy’s on Facebook and Instagram.