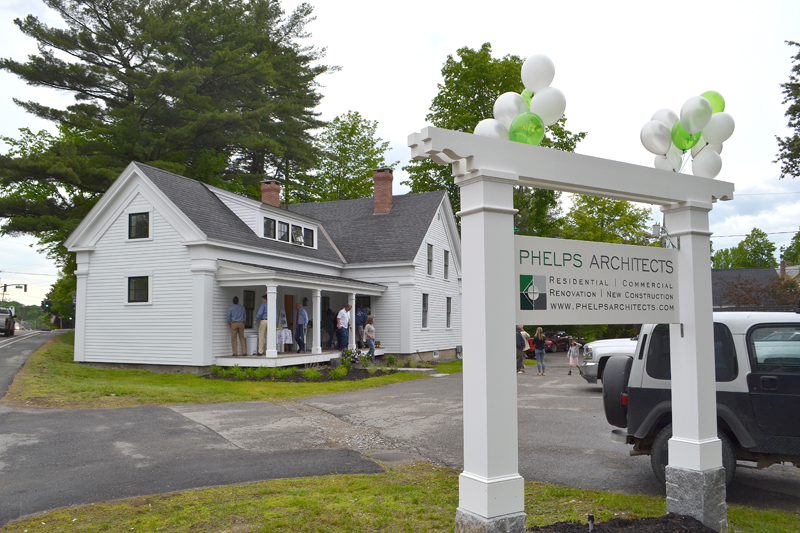 A Damariscotta-based architecture firm recently completed extensive renovations to a 19th-century home to create its new office space and a private second-floor apartment.

Michelle, a native of Damariscotta, and Dan both began their professional careers in the Boston area before moving to Maine. In 2012, the couple founded Phelps Architects Inc., a firm that offers commercial and residential design and renovations, as well as historic restorations.

Since its inception, Phelps Architects Inc. had been a tenant at 170 Main St. in downtown Damariscotta.

With their business expanding, Dan and Michelle Phelps started searching for a building on Main Street that would provide more office space, they said in an email interview. In 2015, they purchased the building at 278 Main St., which would both allow them to continue to grow the firm and provide rental income through the second-floor apartment.

At the time of the building’s construction in the early 1800s, it was oriented toward Vine Street and had the address 9 Vine St. In recent years, it was home to the late Richard Salewski’s law office.

After Dan and Michelle Phelps purchased the building, they reoriented the entrance of the business to Main Street with the addition of an entry porch and walkway and the removal of a shed and trees. The address of the building was changed to 278 Main St.

After closing on the building, Dan and Michelle planned the renovation, put together design and construction drawings, and worked out the budget for the project. They moved forward with the goal to maintain the character of the original building while completing strategic renovations that would allow for “functional optimization for a professional office,” they said. 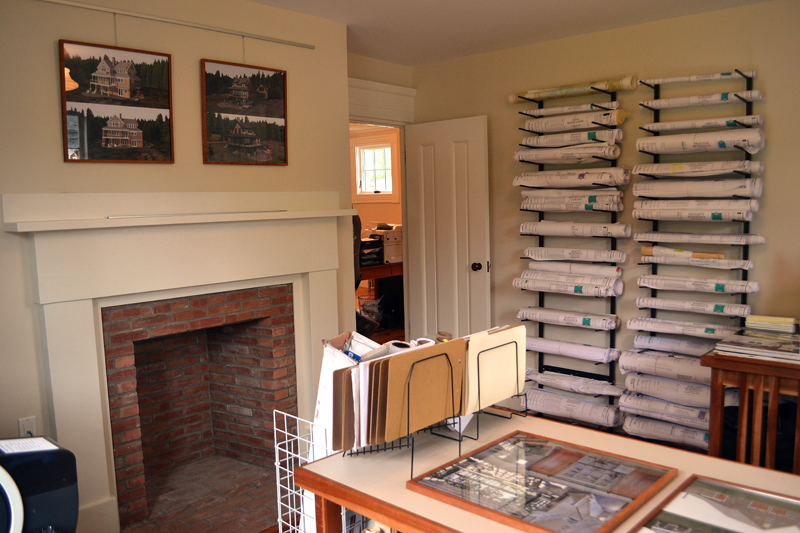 Local plumbing and heating subcontractors, electricians, and masons worked on the building with Dan and Michelle, including many they had worked with on past projects. Nate Fickett, a builder and friend of the couple’s whom they had worked with in the past, built the new porch, added dormers, and did the interior framing and millwork.

The entire renovation process took about a year, during which Michelle and Dan were also working on projects for the firm, they said. The restoration included refinishing the original doors, wood windows, and cast-iron hardware in the house. Whenever possible, Dan and Michelle helped out with ordering and scheduling deliveries of materials, as well as tiling and landscaping the space around the building.

The restoration process was not without obstacles, which Dan and Michelle called “fun challenges.” The weather played a small role in construction, and the snowy winter of 2017 added to vehicle congestion for the subcontractors.

In addition, because of the building’s historic components, Dan and Michelle had to evaluate many of the building’s existing features and determine if they could be saved, replaced, or replicated. They saved the pumpkin pine flooring after uncovering it beneath several layers of vinyl flooring and carpeting. Flooring subcontractor Glenn Daiute took great care and time to restore the floors.

A majority of the original hemlock exterior trim and clapboards were salvageable, another major factor in the couple’s decision to purchase the property, as were the original granite foundation, the tin ceiling, and the interior moldings.

“It was a gem in the very rough stage when we purchased it, with many components to analyze, sort out, and prioritize,” Dan and Michelle said.

Phelps Architects Inc. moved into the building in May. To celebrate, Dan and Michelle hosted an open house and invited community members to see the results of the project. The reactions were all positive, they said.

“People like to see change as long as it is complementary to the area and to see an old building and element of history brought back to life,” they said in an email. “Every day people stopped into the building through construction to watch the process and commented positively.”

For more information about Phelps Architects Inc., go to phelpsarchitects.com.