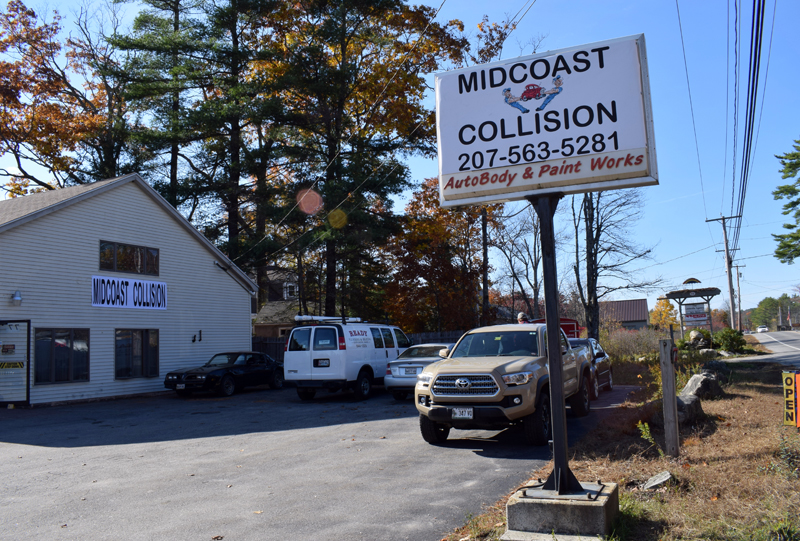 After 26 years as Scarborough’s Collision, the only auto body shop in Damariscotta is under new ownership with a new name: Midcoast Collision.

Dennis Hoppe, owner of Quick Turn Auto Repair and Towing, across Biscay Road from the body shop, has purchased the business. Hoppe said he will keep the shop’s three employees and provide the same service customers have come to expect from Jim and Linda Scarborough.

“The goal was to keep things rolling as a body shop. Jim and Linda did a great job here 26 years. We just want to continue that,” Hoppe said.

He said the paint room is being updated and some improvements were made to the front office.

The shop’s first day as Midcoast Collision was Monday, Oct. 19, but the only things that changed were the new temporary signs and a new desk with a new face behind it greeting customers in the front office.

John Knof is the manager of Midcoast Collision and will be in charge of booking appointments, drawing up estimates, and interfacing with the public.

Knof, a lifelong Damariscotta resident and volunteer on the fire department, said Thursday, Oct. 22 that he has spent his whole career of 11 years involved in automotive work and has known Hoppe since Knof graduated from Lincoln Academy in 2011.

He said he has worked with Hoppe before, helping out with towing and other odd jobs, and he jumped at the opportunity to head up Midcoast Collision.

Knof said the shop will continue to offer free estimates and is open from 9 a.m. to 5 p.m. However, he said that if a customer needs to drop off or pick up a car outside those hours, he can be there if need be.

“I’m very flexible to work with a customer,” Knof said. 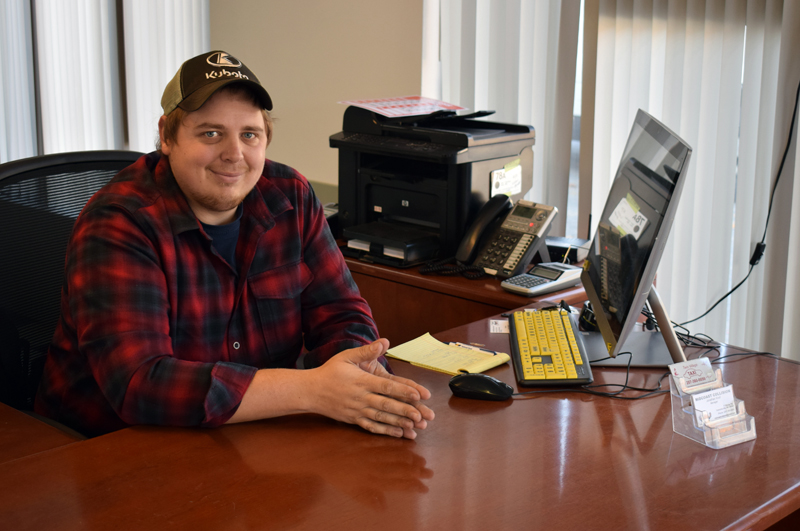 Knof said he shadowed Linda Scarborough, who had owned and operated the shop with her husband, Jim Scarborough, since 1994 and served as the manager, for the past few weeks to make the transition as seamless as possible.

Linda Scarborough said Friday, Oct. 16, the last day as Scarborough’s Collision, that letting the business go is bittersweet, but she and her husband were ready to retire.

“It’s been a great place and a great community. The customers, that’s one thing I’m going to miss. Because so many customers have become your friends. People will come back — they don’t have anything wrong with their car, but they’ll just come back to visit,” Linda said.

Linda said her husband, Jim, had worked at body shops for about 10 years before they opened Scarborough’s Collision.

She said Jim started out in 1994 as a one-man crew, renting half of the building at the corner of Biscay Road and Main Street that is now occupied by Don Foshay’s Discount Tire and Alignment. The business grew steadily over the years.

“At that time, since his first customer was delayed, he decided to work on his own truck. And that lasted for three days,” Linda said.

She said that once Jim got his first job, a brand-new 1994 Buick that had been damaged in delivery to the Strong Chevrolet dealership in Damariscotta, he became so busy that he was never able to go back to work on his own truck.

Linda said most of the work in the early days was from upgrading trucks for members of the Damariscotta Fire Department and work for golf courses.

“It just snowballed after that and he had to get his first employee that first year because he couldn’t do it all himself,” Linda said.

As the business grew, it had to move into a bigger space, leading to the purchase of the current space at 77 Biscay Road in 2004.

Linda said that after the first year, she also began to work at the shop full time, serving as the manager, writing estimates, dealing with insurance companies, and scheduling appointments.

Linda said she and her husband have lived in Maine since 1980 and on Westport Island since 1984.

She is not sure what they will do now, but they plan to travel in the future, after the COVID-19 pandemic ends.