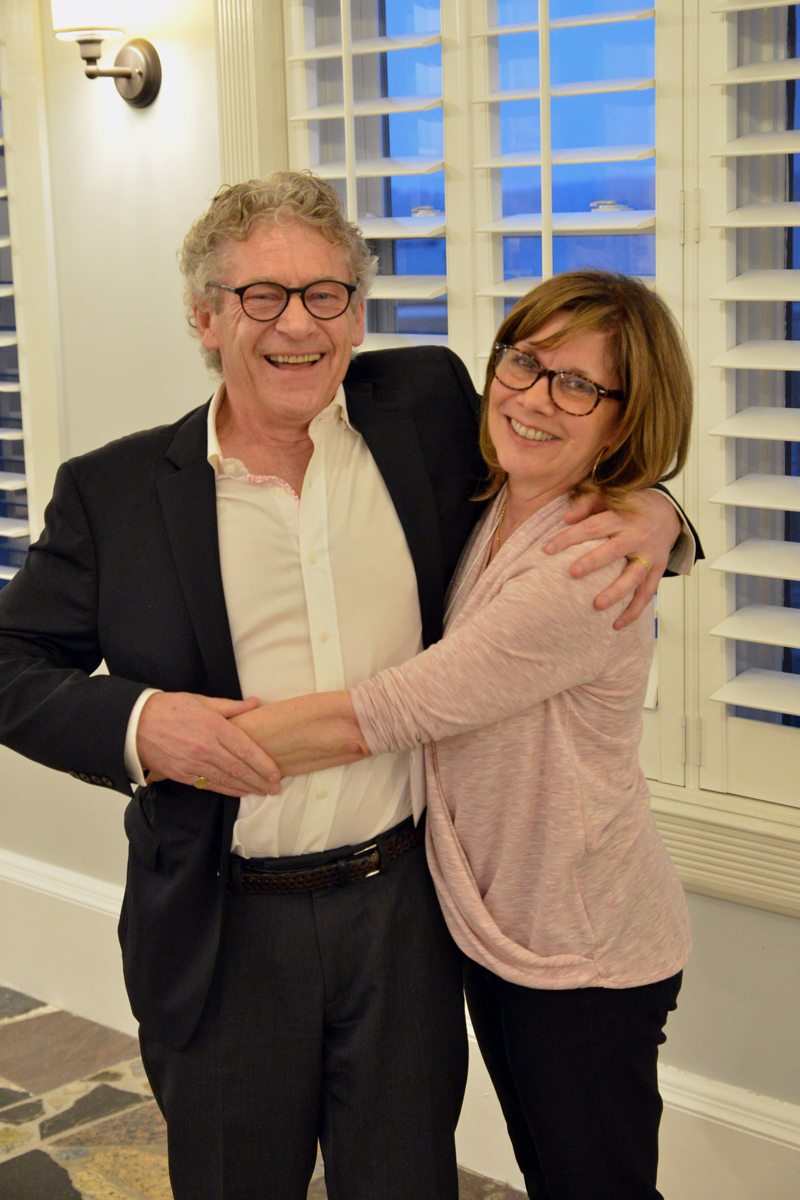 The Damariscotta Region Chamber of Commerce honored members of the community and celebrated accomplishments of the past year during its annual meeting at Water’s Edge, the event facility at Sheepscot Harbour Village Resort in Edgecomb, on Friday, May 17.

John Roberts, president of the chamber’s board of directors, spoke about the renewed energy of the board, the creative overhaul of the 2019 Visitors Guide, and opportunities for members to look forward to, including lunch-and-learn events and a partnership with Husson University.

Rebecca Telega, the chamber’s marketing and membership coordinator, was introduced during the meeting. Telega stepped into the role April 8. She is the first full-time employee at the chamber since the resignation of former Executive Director Stephanie Gallagher in October.

Roberts, along with board members Cerina Leeman, Maia Zewert, and Terri Herald, presented awards to area businesses and individuals. Each winner received an aerial photo taken by Dennis Boyd.

Leeman spoke about Billy Claflin, the recipient of the Individual Community Service Award for his extensive volunteer work in the community, including trail stewardship, setting up and taking down Christmas trees in the Twin Villages, and work with the Damariscotta-Newcastle Rotary Club. Claflin was not able to attend.

“As far as the board of directors was concerned, a business that grew from an extensive renovation of a former gas station into a successful raw bar and retail shop that draws visitors from around the state, celebrates the economy of the Damariscotta River, and educates visitors about the ecology in our own backyard is pretty deserving of this award,” Zewert said. “Since opening in August 2017, the business has continually evolved to become the best version of itself. Whether it’s the addition of new menu items, outdoor seating and live music, or a new name for the business, owner Brendan Parsons and the entire crew are committed to keeping the Shuck Station as a destination for both shellfish specialists and raw bar rookies.”

Roberts presented the Organization Community Service Award to Renys, which is celebrating its 70th anniversary this year.

“While many things have changed in the company, the retail industry, customer habits, and in the Twin Villages, there are some constants,” Roberts said. “First, Renys’ headquarters remains in the Twin Villages, with stores operating on Main Street in Damariscotta. Second is the family ownership and mentality to serve customers while making improvements for the next generation. Third is the commitment to serve the community and make a difference beyond just running a business. This is a fundamental characteristic which has been passed down from R.H. (Reny) to his children and to the next generation.”

John Reny, Faustine Reny, and Adam Reny accepted the award on behalf of the company.

Herald presented the final award of the night, the Business Person of the Year Award, to John and Freida Hanlon, co-owners of Stars Fine Jewelry in downtown Damariscotta. The husband-and-wife team is celebrating the store’s 25th anniversary this year.

“To them, jewelry isn’t just an item. It’s a piece of history,” Herald said.