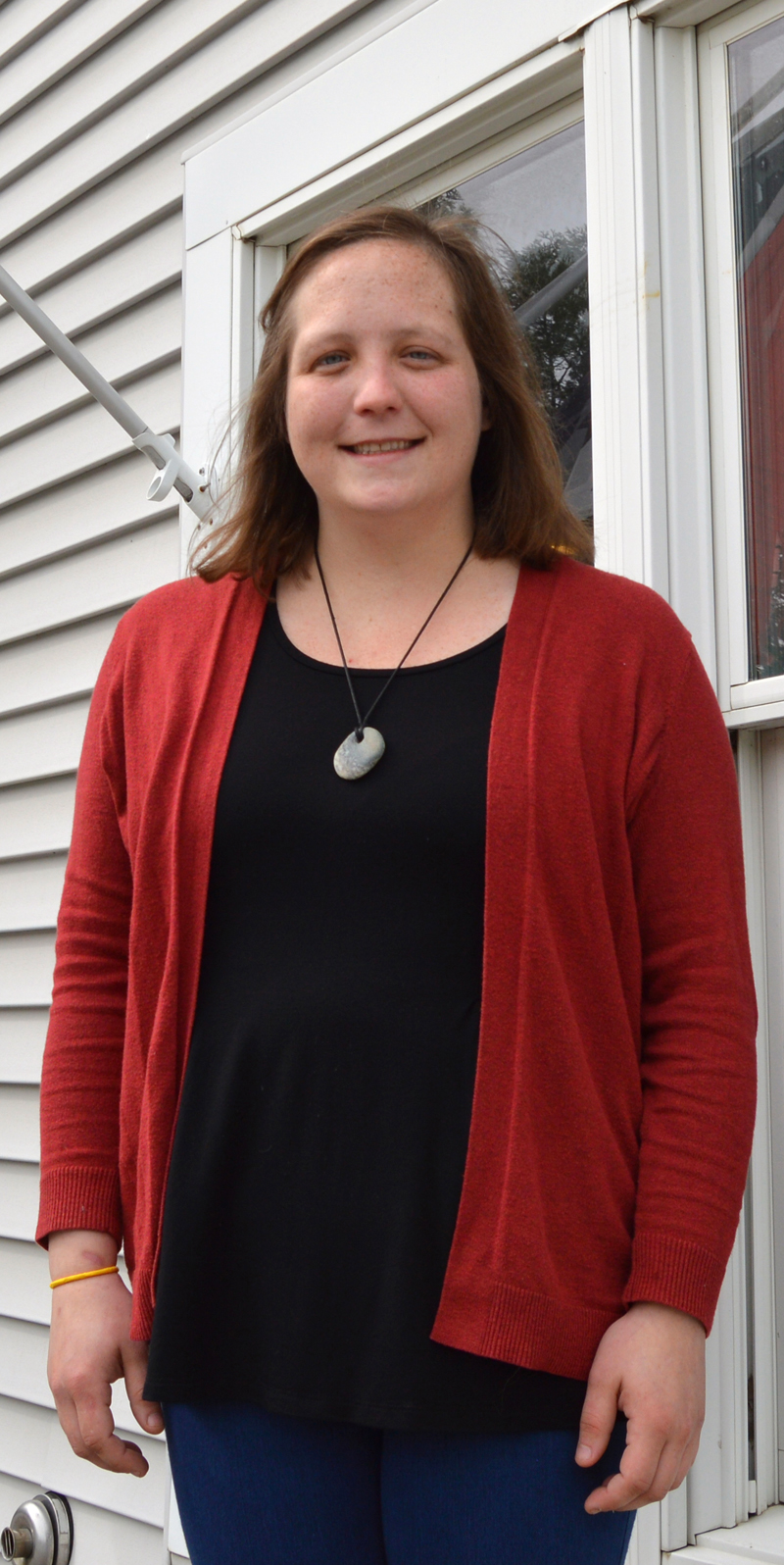 Rebecca Telega is the new marketing and membership coordinator at the Damariscotta Region Chamber of Commerce. (Evan Houk photo)

The new marketing and membership coordinator at the Damariscotta Region Chamber of Commerce aims to connect with members and help inject new energy into the chamber.

Rebecca Telega started work April 8, becoming the first full-time employee of the chamber since the resignation of Executive Director Stephanie Gallagher in October 2018.

Telega’s hiring is part of an effort to rebrand and reenergize the chamber that includes a new logo, an overhaul of the visitor’s guide, and new lunch-and-learn events.

Much of Telega’s focus will be on social media and outreach to both existing members and potential new ones.

John Roberts, president of the chamber’s board of directors, said that after a 1 1/2-month search, he believes the chamber found the right candidate.

“We’re excited to have her on board and look forward to the renewed energy for the businesses in the area,” Roberts said of Telega.

Telega, originally from Sunderland, Mass., holds a bachelor’s degree in political science from Thomas College in Waterville and has past experience with a chamber of commerce.

During her sophomore year, she had a work-study position with the Mid-Maine Chamber of Commerce, based in Waterville.

“Basically what I was doing was updating the events calendar, interacting with the members, and just being that greeter and administrative assistant-type person. And I really enjoyed it,” Telega said.

Telega next scored an internship with the Maine Republican Party. She proceeded to work on various Republican campaigns over the next five years, including former Gov. Paul LePage’s 2014 reelection campaign and President Donald Trump’s 2016 campaign.

Telega, who has lived in Newcastle for six months, said she saw the chamber’s help wanted ad in The Lincoln County News and thought the job looked like a perfect fit.

“Lincoln County has always had a special place in my heart and I absolutely love seeing all the new businesses pop up,” she said. “Watching the community members interact with one another is something that really, really inspires me, and it makes me want to be a part of that and be a resource for them to connect and come together and make things happen.”

She said her background and experience with social media promotion and volunteer management also made her feel she could excel as the chamber’s marketing and membership coordinator.

“I am excited about this opportunity because it’s a mixture of what I was doing in the past as well as a little bit of new stuff,” she said.

The first major task for Telega in her new position was helping to set up and successfully execute the chamber’s annual meeting May 17. She was  proud of how the event turned out.

“I haven’t heard a bad review. The food was really good and as I looked around the room, everybody was smiling and laughing. That really just made me realize that I was where I was supposed to be,” Telega said.

Next on the horizon is a lunch-and-learn event that will focus on showing members how to make the most out of their chamber membership.

Telega put together an email reminder and planned to call members to remind them about the event.

“Moving forward, when we do have these events, I want to put the time in my schedule to personally call the members or visit the members to let them know that these events are happening,” Telega said.

Telega is also in charge of the chamber’s biweekly newsletter. She includes various events and promotions from member businesses in the email.

“I encourage all members to send in a PDF, a graphic, an image, of any type of event that they have going on throughout the region, so I can place that in the newsletter,” Telega said.

Telega said her favorite part of the job so far has been having conversations with chamber members. She looks forward to doing much more of that after the board’s next meeting on June 7, the first for five new members.

“I am looking forward to starting, hopefully, as soon as we finish up this board meeting, getting out there and meeting our members and asking them what they would like to see us do,” Telega said.

Eventually she wants to take the time to personally call or visit each of the 261 establishments that belong to the chamber.

“I really like watching the business owners that have been here in the area for so long be so welcoming. They are very welcoming and very supportive, and that is something you don’t see across the whole state,” said Telega.