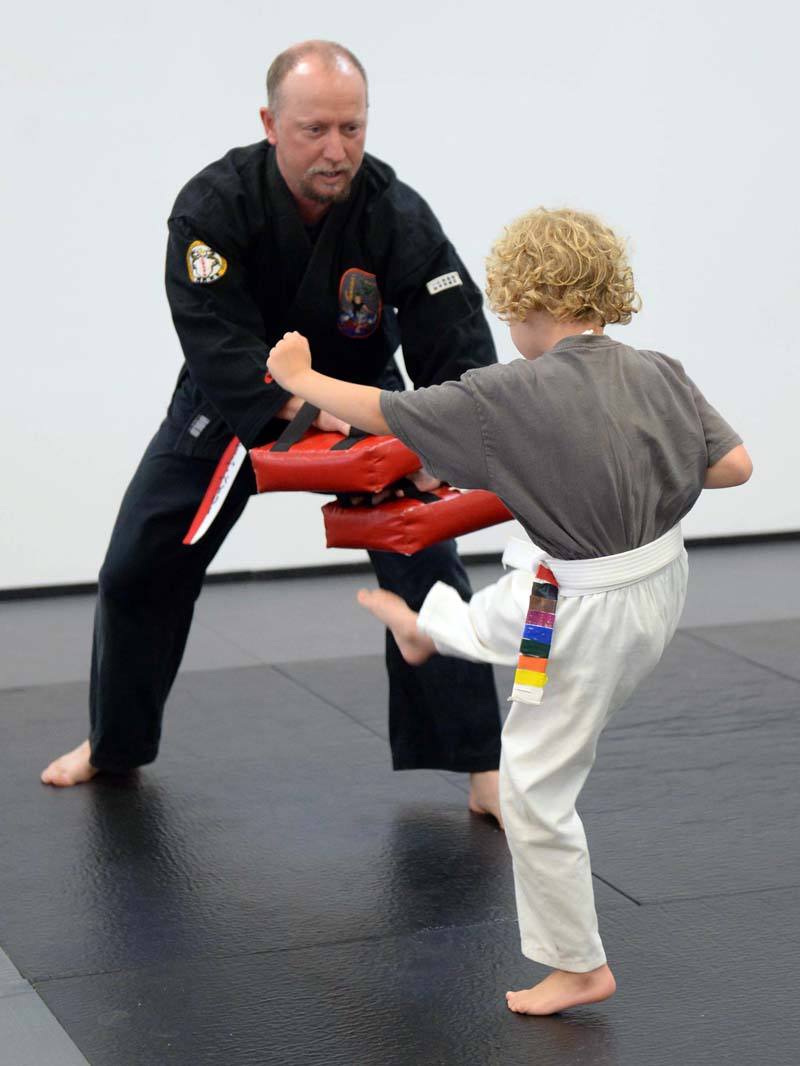 Studio owner Clement Bailey said he closed in mid-March, when COVID-19 arrived in Lincoln County, but reopened at the beginning of June.

He started to hold private lessons with only one or two students in the studio at one time and hand sanitizer available. He would only train one student at a time unless there were multiple students in one family.

Bailey would sanitize all contact services in the dojo before the next lesson. “It was a lot,” he said of COVID-19 precautions.

Ultimately, he could not make the business work while only teaching about 10 students each week.

“I could not keep the doors open, even though my landlord was gracious enough to let me have two months rent-free,” Bailey said. “Ten students does not pay the bills.”

Bailey said he understood parents’ apprehension about bringing their kids back into the studio because of COVID-19.

Bailey said he did not want to impose on his landlord by not paying rent and decided that closing was the right call – although it was a painful decision.

“That’s just the kind of person I am,” Bailey said, referencing his pay-it-forward attitude. He said he never turned anyone away because they couldn’t pay for classes for a few months.

“There were a lot of tears on the last day, between the parents and me. … I really was a part of the community and I hate to leave, but I had to do it,” Bailey said.

He said he cares very much for his students, noting that one student had been training at MIKA for seven years, since he was 4 years old.

“This was his outlet and his mom’s outlet. He’d been with me since I started,” Bailey said.

Bailey said he had a good student base before the pandemic and has had at least 50 or more students from across Lincoln County training with him over the past two years. His students ranged in age from 4 to 40.

Bailey will now focus on his full-time work in property management and on caring for his children.

He is continuing to practice martial arts and give some private lessons at the homes of students who did not want to give up their training.

Bailey hopes he can reopen sometime in the future, depending on what transpires with public health restrictions and the threat of COVID-19.

“With this training, we’re supposed to be prepared for this kind of adversity,” Bailey said of the MIKA training.

MIKA Great Salt Bay has operated at 372 Main St. in Damariscotta, next to Hilltop Stop, for the past three years. Prior to that, Bailey ran a studio on Davis Island in Edgecomb.

Bailey opened the Edgecomb studio in May 2013 after receiving his black belt in 2007 and teaching classes for five years at the MIKA Manchester facility.

Bailey was trained by his lifelong best friend, Rob Poland, who owns the MIKA studios in Manchester and Randolph.

According to its website, the Maine Isshinryu Karate Academy, which now has four locations in the state, was founded in 1984 by father and son Richard L. Pushard Sr. and Rob Pushard.

MIKA has over 500 active members statewide and 65 active black belts. The family-oriented dojo has direct ties to Okinawa and to Master Kichiro Shimabuku, the son of Master Tatsuo Shimabuku, the founder of isshinryu karate.