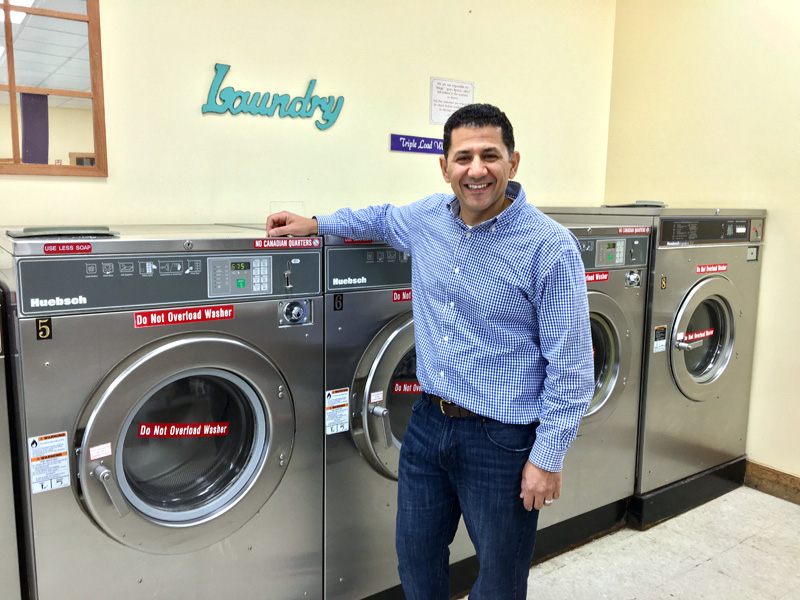 Majed Awamleh and his wife, Elizabeth, bought Tri Bay Laundry in Damariscotta, along with the four-unit building that houses the laundromat, July 18. (Suzi Thayer photo)

A laundromat that has been in business in Damariscotta for around 25 years has changed hands and had some upgrades.

Majed Awamleh and his wife, Elizabeth, bought the building that houses Tri Bay Laundry, along with a nail salon, Mainely Nails, and two apartments, July 18.

They bought the property at 523 Main St., behind Subway and beside the CLC YMCA, from Laroy and Gail Ellinwood.

One of the first improvements Awamleh made was to add LED lighting. He has upgraded the security system and wireless internet, and added cameras and a vending machine for snacks.

“People complain about the number of quarters that have to be used, but the cost to install credit card slots would be about $350 per machine,” he said. “My goal for now is to start with one or two and see how people like them.”

A couple of the washing machines are big enough for comforters and pillows, and Awamleh said they’re very popular. Then there’s the extractor, a big, round vessel that’s solely for the purpose of extracting excess moisture from laundry. 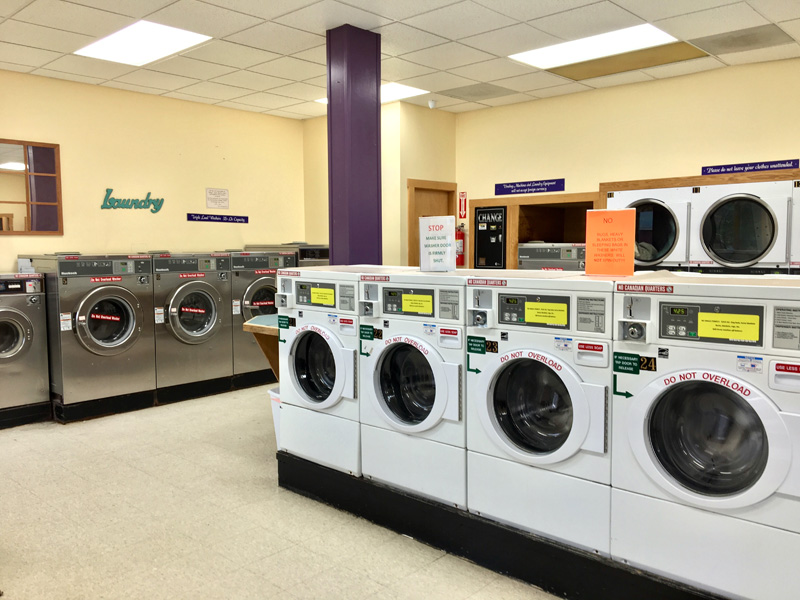 The new owners of Tri Bay Laundery have installed LED lighting and made other improvements. (Suzi Thayer photo)

He said the machine can present a danger if people reach in to take something out while it’s still spinning, but a few customers swear by it, so he’s hesitant to get rid of it. “I’m kind of wishing it would just die,” he said.

Originally from Jordan, Awamleh said his family came to the Damariscotta area from Atlanta, Ga. in 2005, when he and his wife bought a house in Bremen.

Elizabeth and daughter Lilly Mae, 10, who attends the Elementary School at Chewonki, live in Bremen full time. Awamleh, who still owns a janitorial business in Atlanta, where he lived for 20 years, said he spends a lot of time going back and forth.

A son, Davis, 8, attends a special school for dyslexia, the Schenck School, in Atlanta, which Awamleh said is one of the best specialized schools in the U.S.

“This area is similar to where I grew up (in Jordan),” Awamleh said. “It’s not crowded like cities, and people know each other. The slower pace fits me better.”

Awamleh said one reason he decided to purchase the laundromat was because it can pretty much take care of itself, aside from keeping it clean and in working order. “I like the fact that it’s self-serviced, because I knew I’d be busy in Atlanta as well,” he said.

Elizabeth is the “coin collector,” he said. She gathers up all the quarters three times a week. “I didn’t realize this, but apparently 50 pounds of quarters equals $1,000. It makes our job a little easier, not having to count them,” he said. “I add a few quarters into the mix just in case.” 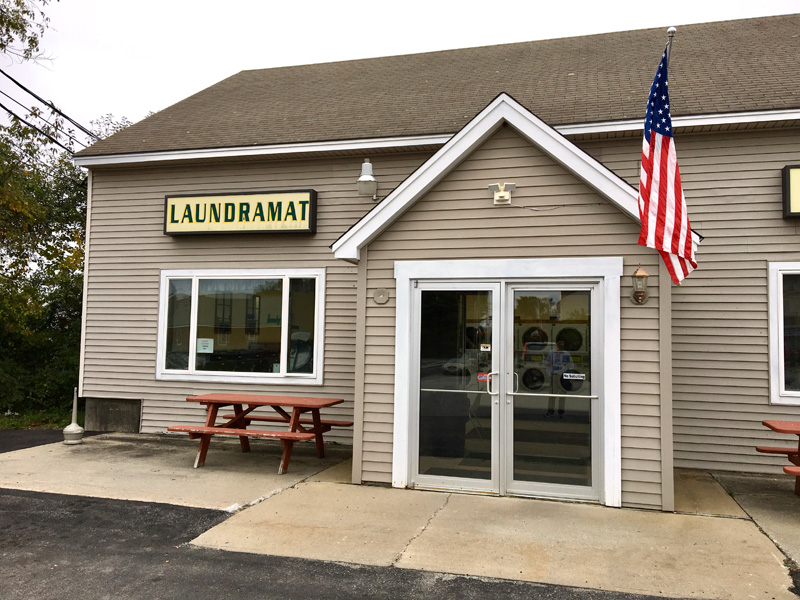 The entrance to Tri Bay Laundry, at 523 Main St., behind Subway and beside the CLC YMCA. (Suzi Thayer photo)

Awamleh said he keeps the prices of the items in the vending machine reasonable. “It’s not like I’m trying to make money from it,” he said. “I just want people to know they can have a Coke or a candy bar while they’re here.”

He’s open to suggestions and requests to make his business more customer-friendly. “One woman told me she needed a ‘free and clear.’ I didn’t know what that was, so she told me it was an unscented detergent.” Now it’s available. “I’m trying to appeal to the majority of people,” Awamleh said.

“It’s clean and well-lit now, and I think people like that,” he said.

Awamleh wants to have a couple ceiling fans installed, but can’t find an electrician to do it. He has bought the fans, and hopes an electrician will read about his business in the newspaper and give him a call.

Awamleh said the laundromat business is new to him and his wife, but the Ellinwoods have been supportive during the transition. “In fact, I just texted (Laroy Ellinwood), saying, ‘Help!’ because the key just got stuck in the lock,” he said with a laugh.

“Laroy and Gail have built a really nice, loyal customer base, so most of my customers have been coming for years,” Awamleh said.

One of the apartments above the laundromat is rented. The other is available for short-term rentals through Airbnb. Look for Maine-ly Stay.