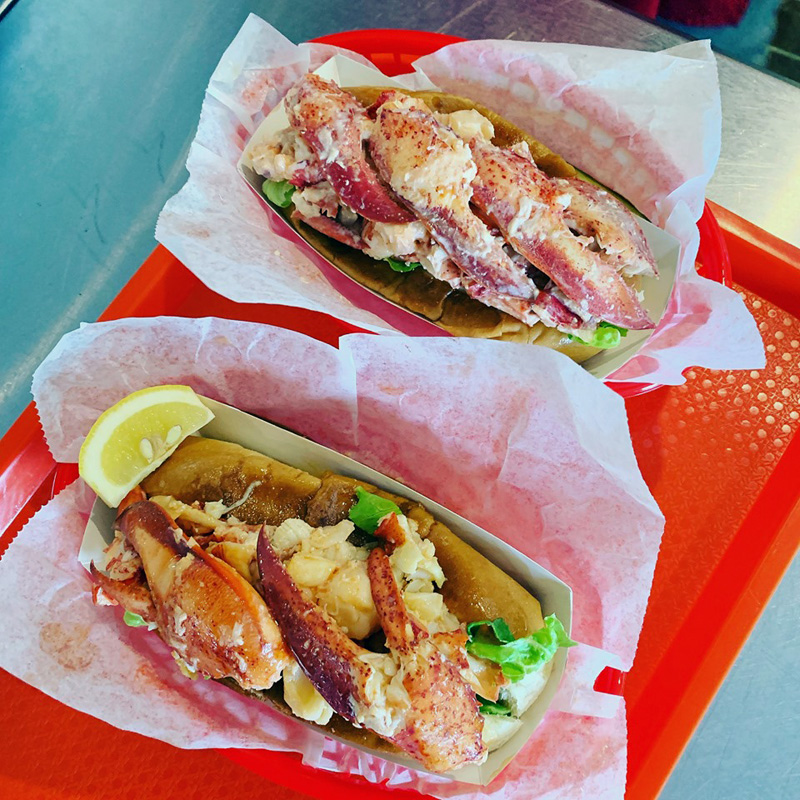 The jumbo lobster rolls available at The Lobster Haul in downtown Damariscotta. Formerly known as Joe Lane Lobsterman, the restaurant opened for its third season with a new name.

The Lobster Haul, formerly known as Joe Lane Lobsterman, is open for its third season in its permanent location at 115 Elm St. in Damariscotta.

The eatery has operated in the former home of the Skidompha Secondhand Book Shop since 2017.

In the restaurant’s most recent offseason, owners Joe Lane and Izzy Nelson decided on a new name in an effort to better market the eatery, Nelson said. In addition, the name sometimes led to confusion regarding whether the business only had live lobsters for sale.

“We wanted to establish this as more of a restaurant,” Nelson said. “The food stand was its own thing, and we wanted to move away from that.”

A new name isn’t the only change The Lobster Haul has made for 2019, however. New outdoor seating is being added at the side of the building, and some of last year’s popular specials are being added to the restaurant’s regular menu.