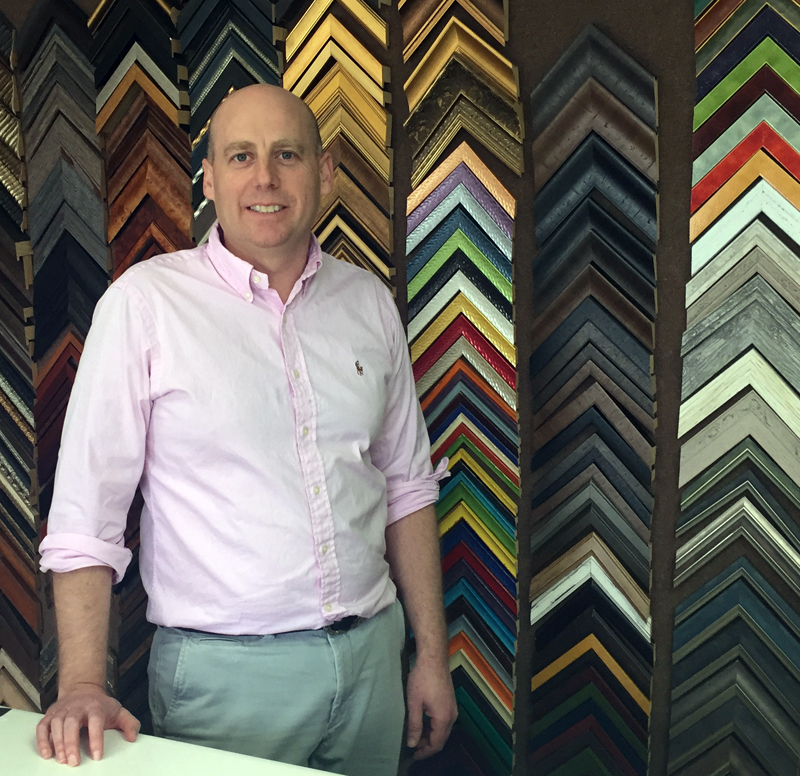 Salt Bay Framers, of Damariscotta, is under new management for the first time in over 15 years.

Michael “Mike” Nussbaum, of Brunswick, closed on the business Tuesday, April 15. He bought it from Brad and Diane Perry, who opened Salt Bay Framers in Main Street Centre, across from Hannaford Supermarket, in 2001.

Nussbaum, a 1993 graduate of Lincoln Academy, has wanted his own business for quite some time, he said. He was previously the director of finance and administration for Waltz Long Term Care Pharmacy in Brunswick.

After seeing an advertisement for the business, Nussbaum visited Salt Bay Framers to meet with Brad and Diane and learn about the work they do. During his visit, Diane was working on framing memorabilia for a customer when Nussbaum chimed in with a suggestion.

“We knew then he was a problem-solver and he had a sense of design, and that he would do really well,” Diane said.

During their years at the business, the Perrys have framed or mounted a variety of work, from drawings and paintings to military memorabilia and needlepoint. As part of the purchase agreement, Brad and Diane agreed to stay on for a few weeks to train Nussbaum in the business.

As Nussbaum has eased into the business, he has received a warm welcome from Salt Bay Framers’ regular customers, he said.

At the same time, Brad and Diane have received a similar send-off from the community they’ve been a part of since first moving to the area in 1994. They sold their home in Chamberlain and are in the process of moving to the Ellsworth area to be closer to family.

“This has been our social life just as much as it’s been our business life,” Diane said. “We love the community here. Our customers have been coming in to say goodbye, and I’ve been getting teary-eyed talking with them.”

An open-house celebration is planned for Friday, April 28 from 3-6 p.m. as a goodbye to the Perrys and to welcome Nussbaum to the business.

Salt Bay Framers is open from 8 a.m. to 4 p.m. Tuesday-Saturday and 9 a.m. to noon Saturday. For more information, go to saltbayframers.com.