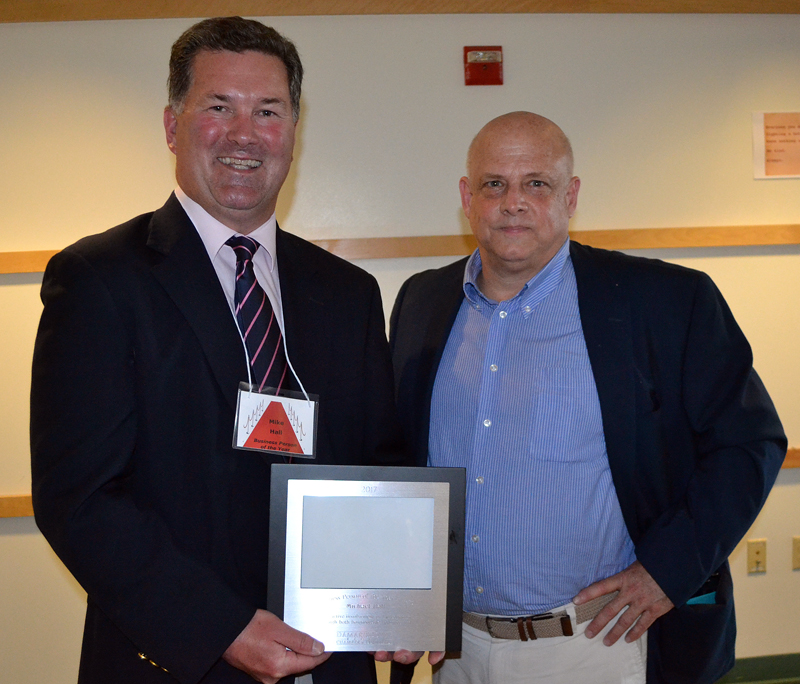 The Damariscotta Region Chamber of Commerce celebrated its accomplishments in the past year and presented awards during its annual meeting in the Lincoln Academy Alumni Dining Commons the evening of Thursday, May 18.

Close to 150 chamber members and guests attended the event, which kicked off with a reception catered by Newcastle Publick House. During the reception, attendees networked and visited tables with information about area businesses and nonprofits.

Chamber Executive Director Stephanie Gallagher gave a brief presentation about her time with the chamber since being hired in February, including its growth to 257 members.

Gallagher highlighted the goals of the chamber moving forward, including continuing work on the chamber’s website and increasing visibility among current members while attracting new members.

Board President Cindy Wade, of LincolnHealth, said the chamber was lucky to find Gallagher, who “hit the ground running” when she started.

“Between taking on the newsletter, making an effort to visit current members, and attracting new members to the chamber, (Gallagher) has done a truly wonderful job,” Wade said.

Outgoing board member John Bottero, of the Nobleboro Antique Exchange, took over for the awards portion of the night. Bottero announced each of the award recipients and gave an introduction describing their accomplishments.

Bruce Lutsk received the Individual Community Service Award for his volunteerism with many different local organizations, including his time as president of the Damariscotta River Association Board of Trustees and as a member of the LincolnHealth Board of Trustees and the Skidompha Public Library Board of Directors.

Lutsk accepted the award in honor of the “hundreds and hundreds of volunteers who are doing great things for their community.” 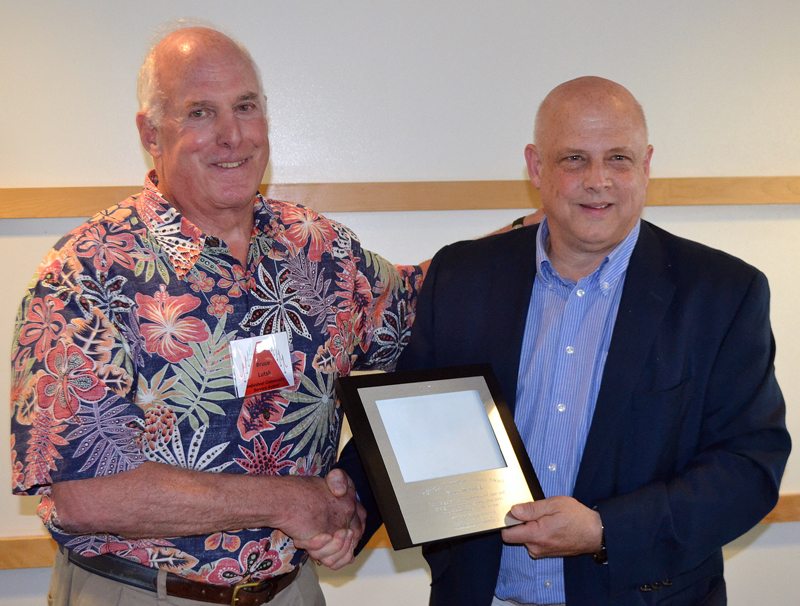 “This is very special to me, because as I look around the room, I see lots of people who could have easily gotten this award,” Lutsk said.

Jane and Gary Gravel, owners of Supplies Unlimited in Damariscotta, received the Organization Community Service Award for their work in the community, which is done discreetly and without fanfare, Bottero said.

“We’re very grateful to receive this award,” Gary Gravel said. “Damariscotta is a great place to live and raise a family, and we want to continue to be a part of the community.”

Tidewater Telecom Inc. received the Business Enhancement Award. Co-owners and siblings Randal Manning and Cathy Pelletier accepted the award on behalf of the company and credited Tidewater’s employees for the achievement.

The night’s final award, the Business Person of the Year Award, went to Mike Hall, president of Hall Funeral Home. In 2007, Hall founded Karl’s Kids, a nonprofit geared toward helping Lincoln County youth get involved in athletics. The nonprofit purchases sports equipment, uniforms, and other items, and covers other expenses to help kids participate in sports.

While accepting the award, Hall said he is proud to be a member of a business community with a strong focus on giving back to the area.

“As we grow as a community, it’s important we grow together,” Hall said.