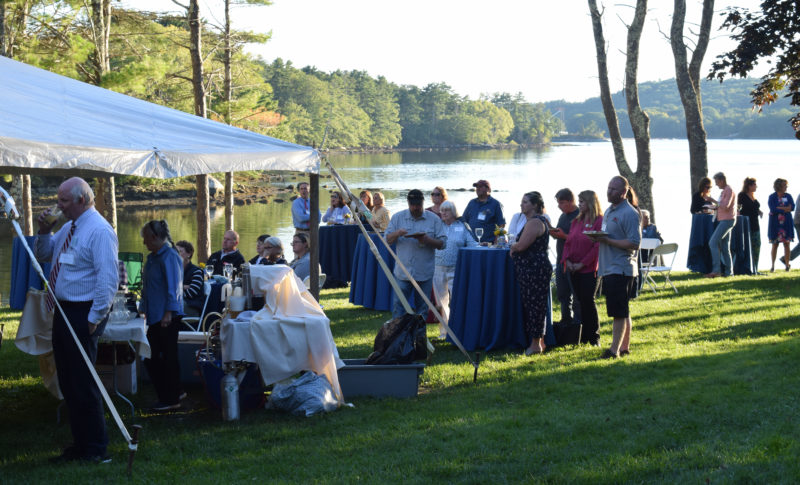 Guests enjoy food, drink, and a view of the Damariscotta River during the Damariscotta Region Chamber of Commerce’s annual meeting at Sprague Point in Nobleboro on Thursday, Sept. 16. New members were elected to the board of trustees and awards were given to local individuals and organizations. (Evan Houk photo)

The Damariscotta Region Chamber of Commerce presented awards and recognized its executive director, chamber members, and outgoing board personnel during its annual meeting at Sprague Point in Nobleboro on Thursday, Sept. 16. 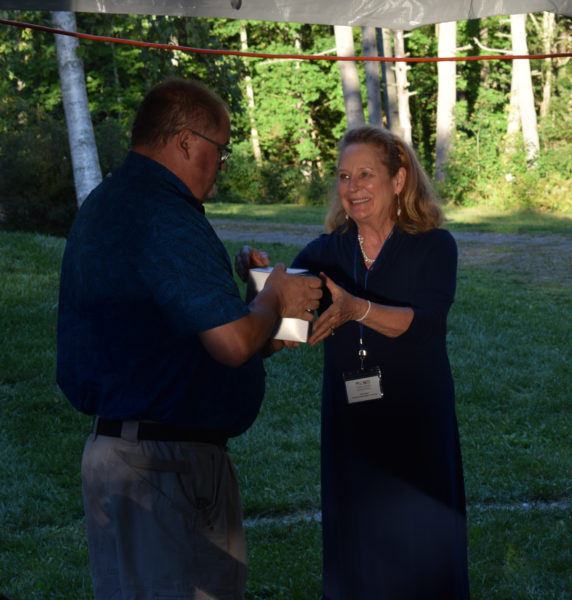 John Roberts, president of the chamber’s board of directors, acknowledged Executive Director Lisa Hagen, who was promoted to the position last year, for her hard work and dedication.

“Lisa really holds us together at the chamber,” Roberts said. “I’m convinced that the best decision the board’s ever made during my tenure is to hire Lisa.”

During the board’s annual meeting portion of the event, Roberts recognized outgoing board vice president Mark Doe, of Louis Doe Home Center in Newcastle, and board member Randal Manning, vice president of engineering and operations for Nobleboro’s Tidewater Telecom, who was not present.

“They’ve both served since 2015 and they’ve helped bring us to this position today. It’s been an honor to work alongside both of them,” Roberts said.

Members of the chamber’s board of directors are allowed to serve two three-year terms before they reach the term limit.

Debbie Anderson, of Bath Savings Bank, Karen-Ann Hagar, of Central Lincoln County YMCA, Larry Sidelinger, president of Lincoln County Television, Angelina Waltz, of Camden National Bank, and Lorrie Winslow of the Lincoln Home were all confirmed as new board members for the 2021-24 term.

“Is there anyone who would like to take my place? Anyone?” Roberts joked.

The chamber continued a new feature of the award ceremony that started last year by showing prerecorded interviews with each of the award recipients. 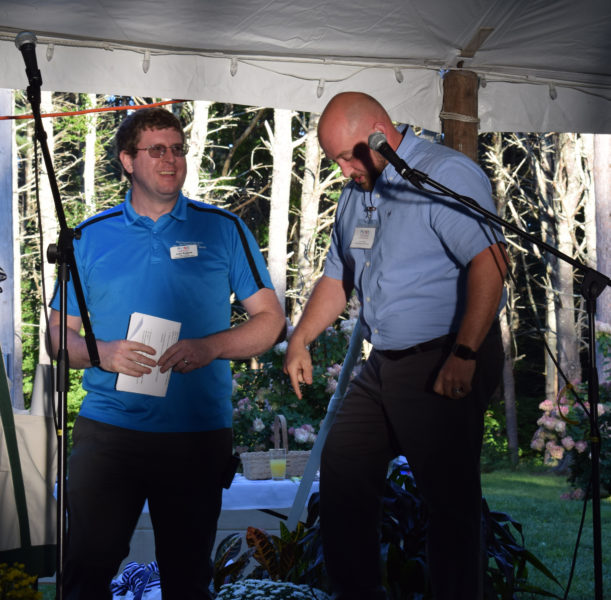 Damariscotta Police Chief Jason Warlick made the crowd burst into laughter after stepping up on stage so he and Damariscotta Region Chamber of Commerce Board of Directors President John Roberts were the “same height” after receiving the Individual Community Service award during the chamber’s annual meeting. The meeting was held at Sprague Point in Nobleboro on Thursday, Sept. 16. (Evan Houk photo)

Damariscotta Police Chief Jason Warlick received the Individual Community Service award for his work in substance use prevention and with Healthy Lincoln County, among other things. Warlick said during his interview that he appreciates receiving the award, but did not expect it.

“I don’t do this for any reason other than it’s the right thing to do,” Warlick said.

The Organization Community Service award was given to LCTV and accepted by Sidelinger for the station’s work taping COVID-19 updates and town government meetings in the county.

Sidelinger thanked the entire team at LCTV for revitalizing the public access station and used a sports analogy to explain the dynamic.

“I like to use the expression that Red Auerbach doesn’t win without Bill Russell and Bill Belichick doesn’t win without Tom Brady. And Larry certainly doesn’t sit here, accepting this award, without this fantastic team,” Sidelinger said during his pre-taped interview.

N.C. Hunt Lumber won the Business Enhancement Award for active involvement in the community and it was accepted by Rob Hunt.

Hunt discussed the challenges the company faced after its sawmill in Jefferson burned in 2019 and had to be rebuilt, noting the community support.

“It’s so important to be a good neighbor. You never know when you’re going to be the guy that’s down,” Hunt said, during his interview.

Jim Donovan, former president of LincolnHealth, received the Business Leader of the Year award. Donovan helped form LincolnHealth in 2013 after working on the creation of the MaineHealth system as CEO of Brighton Medical Center in Portland. 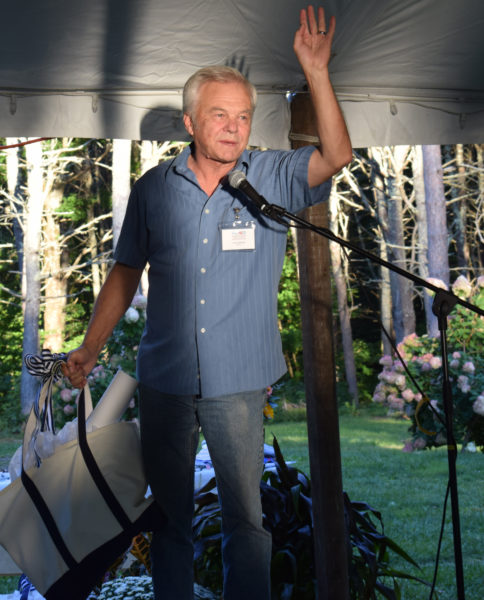 “I’ll speak on behalf of the entire community, that we are just so thankful and so blessed to have such a wonderful hospital and staff and leadership here in our community to help guide us through the pandemic,” Roberts said.

At the end of the event, Roberts provided an update on the chamber’s plans to acquire, expand, and relocate to the Damariscotta Region Information Bureau building, between Main and Vine streets in Damariscotta. The building would become the chamber’s first permanent home.

Roberts said the chamber would meet with the Maine Department of Transportation the next day to see about steps for the town of Damariscotta to take over ownership of the property so the Damariscotta Chamber can become stewards of it.

“This is probably the most exciting project the chamber has undertaken,” Roberts said.

The Damariscotta Region Chamber of Commerce annual meeting will air on LCTV at 8 p.m. Wednesday, Sept. 22 and Thursday, Sept. 23, and be available on demand after that.