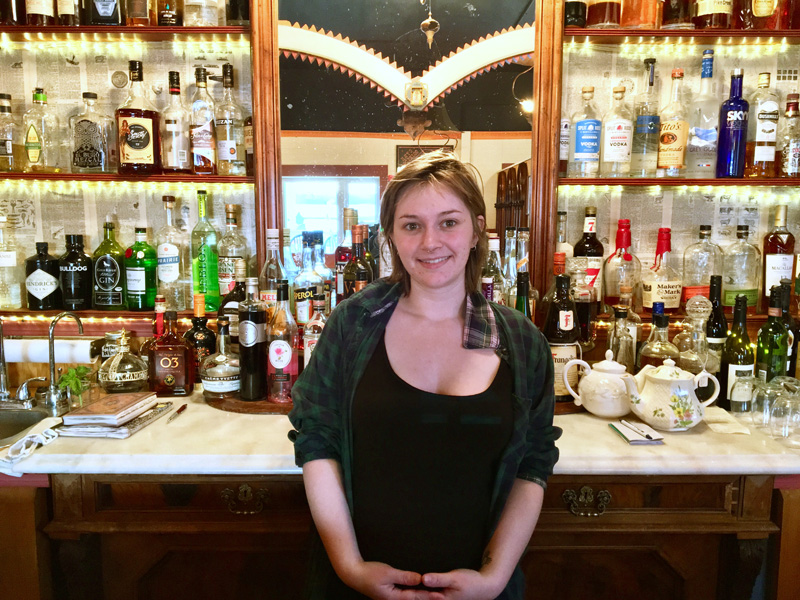 Van Lloyd’s Bistro proprietor Meredith King will close the restaurant Jan. 1. She plans to move to Hawaii, where she will help a friend open a restaurant on Oahu. (Suzi Thayer photo)

The downtown Damariscotta restaurant Van Lloyd’s Bistro is for sale.

Bernie DeLisle, now of Osteria Bucci, opened the restaurant with his son and future daughter-in-law, August DeLisle and Torie Van Horne, in June 2014.

An employee since opening day, Meredith King, with her father, Gary King, bought the business in December 2016. Her last day will be Jan. 1, 2019.

King, 24, originally from Walpole, attended Lincoln Academy for a year, went abroad the next year, came back to live in Hallowell and finish high school, and eventually moved to Louisiana with family.

In 2014, she heard about the new restaurant from her close friend, Olivia DeLisle, Bernie DeLisle’s daughter, and came back to Damariscotta to work at Van Lloyd’s.

King learned all the tricks of the trade during her three years working for the DeLisles. She started as a server, then tended bar while learning to make the baked goods served at the restaurant, and eventually moved into the kitchen to work as the sous chef.

“I had worked in restaurants before I moved back here, but Bernie taught me pretty much everything I know now,” she said.

When DeLisle decided to sell the business, he approached King first. “He came to me to talk about taking over, and it was such a unique opportunity, it was impossible to turn it down.”

King’s boyfriend, Richard Baird, has worked as Van Lloyd’s chef for the past two years.

Malcolm Oliver owns the building at 85 Parking Lot Lane that houses the business. The sale of the business will include all the equipment, most of the decor, and the food and liquor inventory as of Jan. 1. 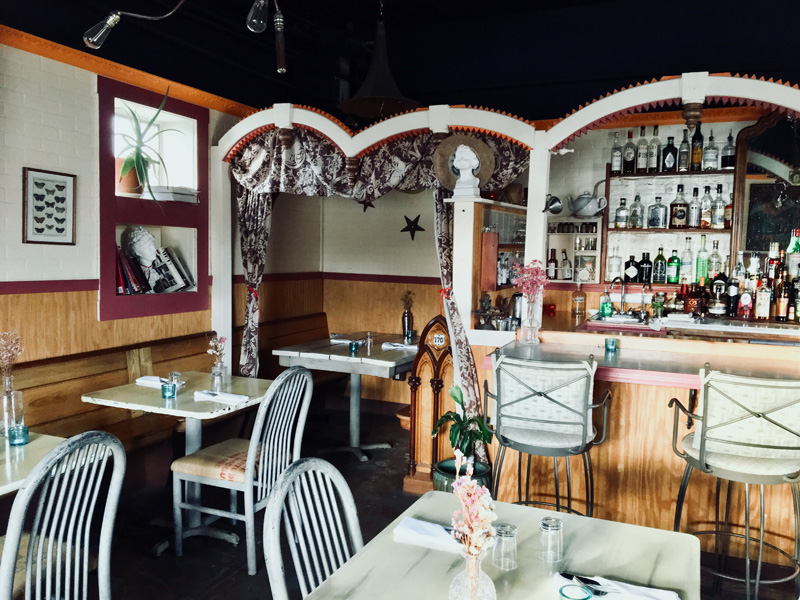 King hopes for a buyer who understands her goal for the restaurant.

“The goal is to focus on doing as much as possible with local ingredients, without the pretension that can come with a farm-to-table approach,” she said. “It’s about making good food that’s accessible to everybody, made from scratch, with lots of care.”

King decided to sell her business when she and Baird got an offer they couldn’t refuse. They’ll be moving to Hawaii to help a friend get his restaurant business off the ground.

“Richard and I have been given a very special opportunity in Oahu, Hawaii,” King said. “It was really hard to come to the decision – this has been my baby, and even before I took over I was very invested in it. But it’s like (Van Lloyd’s) – a once-in-a-lifetime opportunity.”

King admitted that selling a restaurant on the Maine coast during the winter could be a challenge, but said a winter start could also be a plus.

“I started on Jan. 1 myself and it was definitely helpful to have a few months to iron all the kinks out before it got too busy,” she said.

The restaurant seats around 34 and is one of only a few places to dine in Damariscotta with a view of the waterfront. King said the parking lot between the restaurant and the water is a good thing, because it makes the restaurant highly visible and easily accessible.

The April 2015 edition of Down East magazine named Van Lloyd’s Bistro one of Maine’s best new restaurants, describing it as “a cozy, unexpected find on the Damariscotta waterfront.”

The restaurant will continue to operate until New Year’s Day, serving dinner from 4-8:30 p.m. Tuesday-Saturday. There will be a New Year’s Eve dinner and on King’s final day, Jan. 1, a special farewell New Year’s brunch, by reservation only.

For more information or to make a reservation, call 563-5005, email contact@vanlloyds.com, or go to vanlloyds.com.