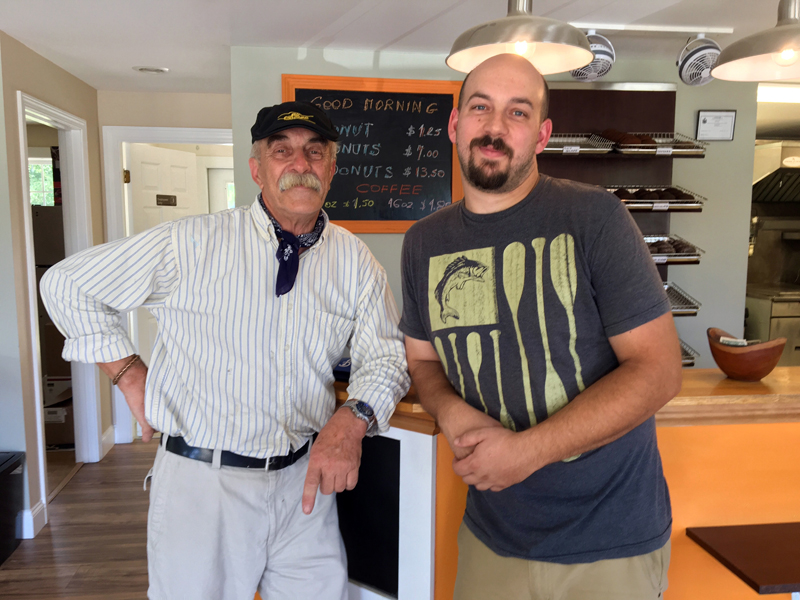 Two men are making donuts in Damariscotta, and the donuts are catching on quickly.

Wojciech “Al” Rzycki, and his father, Andrew, opened Old Time Donuts in June, after a 15-year hiatus from making the sweet confections.

Old Time Donuts is just the latest chapter in the family’s well-traveled life. Originally from Poland, the Rzyckis left their home country in 1985 and moved to Athens, Greece, where Andrew worked as a carpenter. 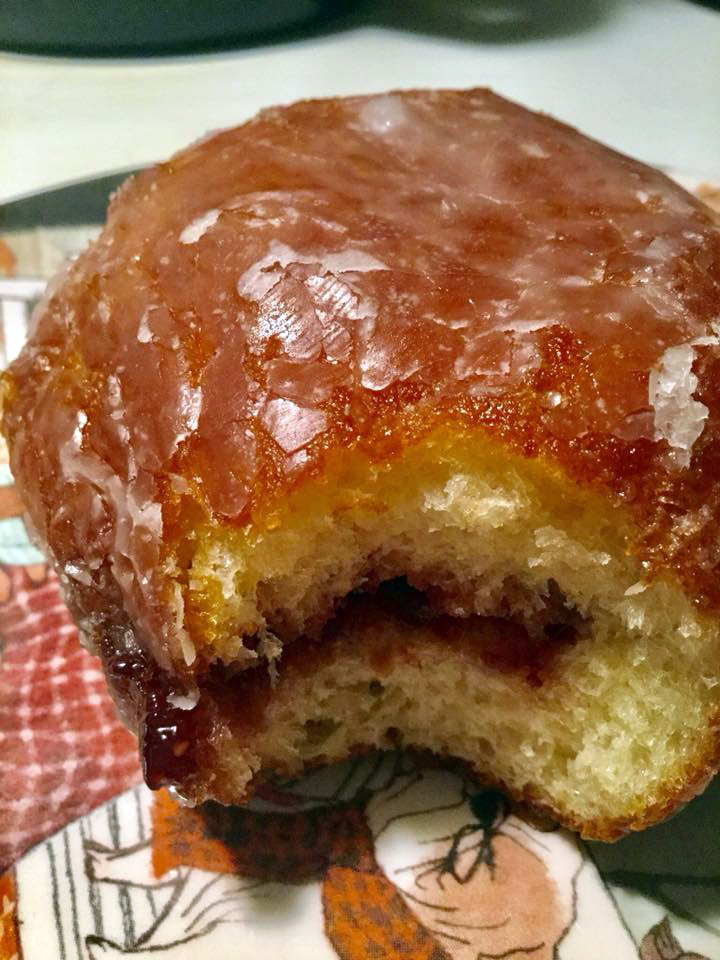 Four years later, in 1989, they moved to Ontario, Canada. It was winter, and they moved temporarily into a small motel in a place called Simcoe. “When we landed in Boston it was snowing,” Andrew said. “It was a shock.”

The family spent seven years in Ontario, where Andrew started a long-distance trucking business, employing mostly Polish immigrants. “It was a great way to see the country,” he said.

While living in Ontario the family often came to Rockland to visit childhood friends from Poland.

Andrew said he liked Maine so much he decided it was time for another move. “We love this area. We have always loved the ocean and the Maine coast,” he said. The family moved to Rockland in 1995 and bought a small house at 49 Willow St.

“I woke up at 6 the first morning we stayed there and heard ‘whshhhhh, whshhhh, wshhhh,’ again and again,” Andrew said. “I opened the window and saw cars stopping next door. It was a donut shop. I told my wife this wasn’t acceptable.”

The unacceptable business was Willow Bake Shop, established in 1949. Andrew decided the only way to fix the problem was to buy it.

“It was so convenient,” he said. “I could get up at 2, walk next door in my pajamas and start the fryer, then go back home and shower and get dressed, and go back and make donuts. It was so nice.”

The father and son started making donuts for the first time. With some help and training from the previous owners, they started with the existing recipes, then made modifications.

It took some experimenting, but they eventually got it right. “Nothing is rocket science,” Andrew said.

In 2003 they sold Willow Bake Shop and the family moved to Florida, where they eventually opened a restaurant. 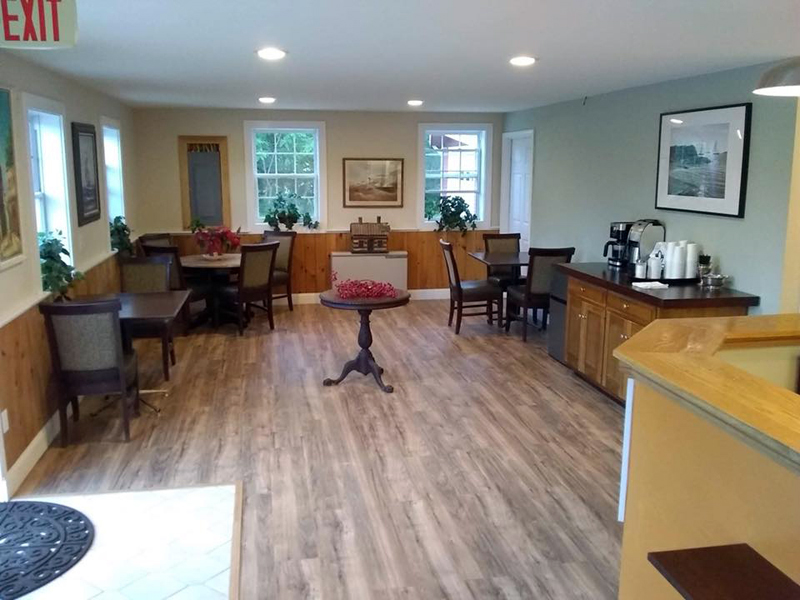 Andrew said he feels a need to change his routine frequently. They sold the restaurant in 2008, moved back to Maine, and started a carpentry business. Andrew eventually bought a house in Bristol and Al bought one in Wiscasset.

Last winter the father and son started thinking donuts again. They rented the building at 748 Main St. and renovated the interior. When they started making the donuts for their new shop, in June, they modified and perfected their recipe again.

Now Andrew gets up at 3 a.m. and starts the fryer at 4. Al arrives around 5, and the donut-making begins. Andrew joked that his son complains about having to get up at 4 a.m. “But we’ve worked together for over 20 years and we haven’t killed each other yet,” he said. 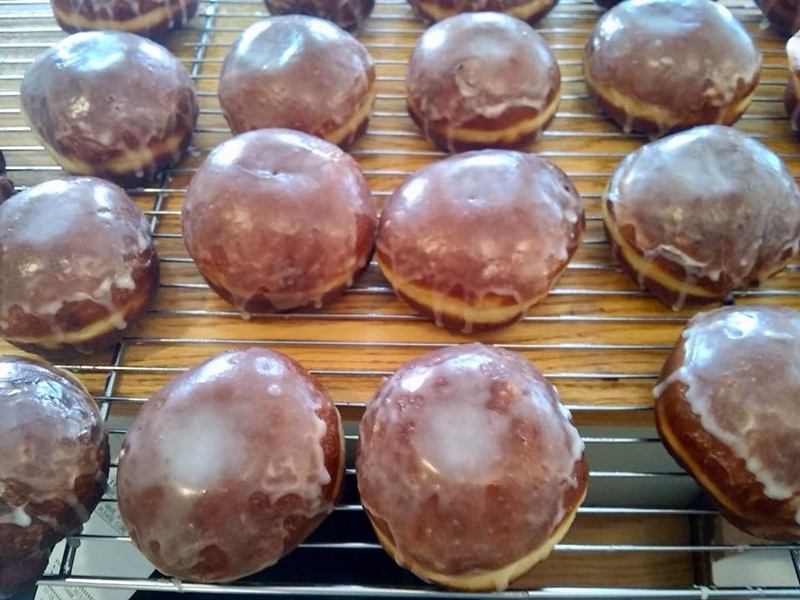 The jelly-filled aren’t the typical jelly donut. They’re made with a Polish recipe that includes potatoes, and they’re light and fluffy, glazed instead of sugared. Right now they’re being filled with strawberry preserves, but soon there will be Bavarian cream, and plum.

The Rzyckis make around 350 donuts daily, in small batches to maintain freshness.

Joan and David Teele, of Bremen, stopped by Old Time Donuts on July 10 for coffee and donuts. “We were in town and someone was talking about these great donuts,” Joan said. “They’re awesome – like real old-fashioned donuts. We’ll definitely be back.”

Their first donut shop, still called the Willow Bake Shop, is under new ownership, on Route 1 in Rockport. There’s a sign on the wall inside that Andrew made when he first owned the business.