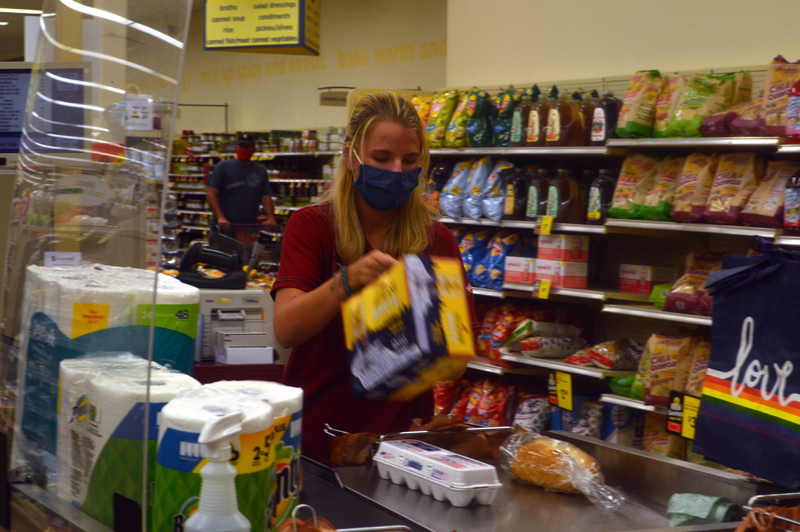 If you’ve shopped at the Damariscotta Hannaford between April and the end of June, you’ve met Glenn Gervais.

When the COVID-19 pandemic hit, Gervais — the store’s bakery manager — volunteered to work the line at the front entrance.

The job required constant counting with the help of a smartphone app to make sure there were only 70 customers in the store at a time, but for Gervais, it also meant communicating store policies to customers and, most importantly, putting those customers at ease.

“It’s almost about mental wellness,” Gervais said. “You know, we do help aid in that.”

Gervais has worked at the Damariscotta location for upward of 20 years, and has been an employee of Hannaford in locations around the state for a total of 32 years. He’s something of a fixture in the Damariscotta grocery store and, even before his stint working the door, knew many of his customers by name.

“You know, I’ve seen a lot of people. They’ve even commented, ‘I missed you yesterday,’” Gervais said. “And just to see a friendly face and to talk to somebody, I think that made a difference for people.”

Like Gervais, Store Manager Melissa Zayac is proud of the relationships she has built with many of the store’s customers over her two decades working in Damariscotta. She relied on those personal relationships this spring, when she oversaw the implementation of a slew of safety measures, including mandatory mask-wearing and one-way aisles. 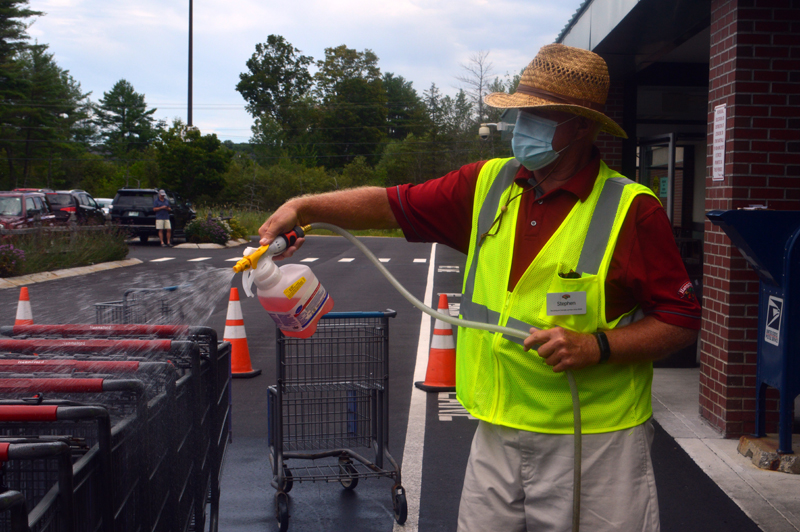 “Customers would come to me to ask about what was going on, because I have that connection with them,” Zayac said. “That made it easier and you can always count on small communities talking to each other to get the word out.”

Tessa Walsh is a service leader in the store’s front end, which this summer means she manages the queue line, helping customers maintain physical distancing as they wait to check out. She likes this new part of the job because it means interacting more with customers, who she said are largely patient and even appreciative of some of the new shopping rules.

Walsh likes some of the rules too.

“I hope that we keep some of the safety measures we put in,” Walsh said. “I think some are helpful for us workers, like the queue line.”

Maria Nappi is a trainee in Hannaford’s Retail Management program and had only been at the Damariscotta location for a few months before the pandemic hit in mid-March, but like Walsh, she noticed a difference in the interactions she had with customers.

“I thought it was super funny how people hadn’t really left their house, so when they came here, they always wanted to talk to us,” Nappi said. “They hadn’t had any other interactions and people were talking to me more than they ever had before.”

In his post at the door, Gervais also received comments and words of gratitude from customers leaving the store.

“I wish the people inside at the registers heard all the positive comments I heard as people were leaving,” Gervais said. “Tons of people were saying how smooth of an operation we ran, and that in many other places it was chaos, at least it was at the time. I take pride in that.”

Customers expressed their gratitude to store staff on a larger scale, too. Community members wrote and delivered cards to the store, thanking workers for their dedication and hard work during the tumultuous and often frightening months.

On a Monday in April, the day after Easter, employees came to work and found an enormous banner unfurled in the front of the store, thanking Damariscotta’s “Hannaford Heroes.” 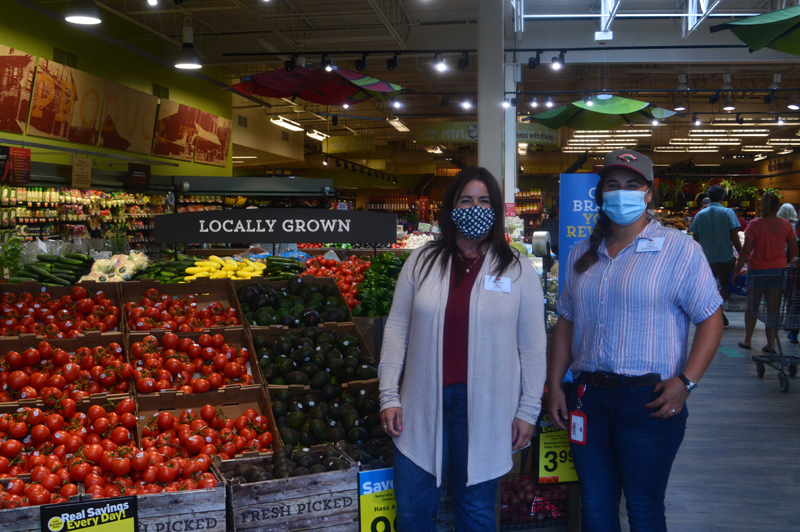 Store Manager Melissa Zayac and Retail Management Trainee Maria Nappi pose in the stores produce section. Along with the stores other leaders, Nappi and Zayac have guided the staff through uncertain times this spring. (Alyce McFadden photo)

Zayac became momentarily emotional as she described that day.

“I always tend to tear up about that stuff because it makes me proud for all the people that work here,” Zayac said.

For Gervais, the official designation as an “essential worker” and the appreciation that came along with it felt good and maybe a little overdue.

“I’m not going to lie, it was nice to hear,” Gervais said. “Sometimes, I think people might look down at you and think ‘Oh, you work there,’ but you can make a livelihood out of working in a supermarket. I have, and I’ve taken care of my family. So yes, it was nice to hear that after all these years.”

Zayac never worried about her own health at work, but she said the heightened safety measures took a kind of mental toll because they required her to think constantly about parts of the job like sanitizing surfaces and keeping 6 feet of space between herself and customers.

“Retail jobs are always very physical and we’ve always done that physicality,” she said. “But it just seems like there is a lot more that you have to think about, and be concerned about, throughout the day now.”

No one knows how long the extra safety precautions will last at the store, or in grocery stores across the country, but Zayac’s priority is to keep her team and her customers healthy and comfortable, whatever that takes.

“If we need to continue with the safety measures that we’ve put into place, then that’s what we need to do,” Zayac said.

Flexibility is, after all, part of the job.

“It’s almost like being a chameleon, because things change all the time and you have to adapt to that,” Gervais said. “In this line of work, even before this, things change constantly. And the people that don’t adapt to that change, they don’t make it. You have to take it in stride.”