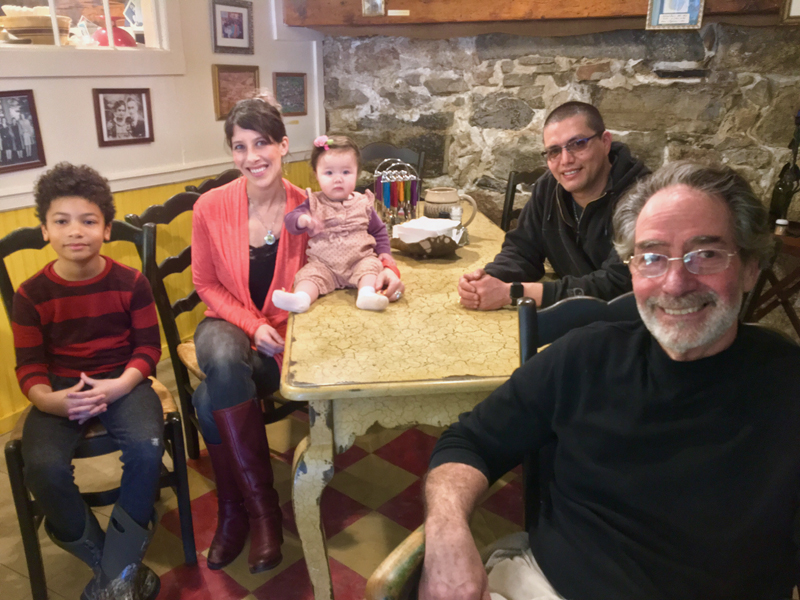 The couple behind the seasonal Mexican food stand Que Rico, on Main Street in Newcastle, will open a year-round Mexican restaurant in the downtown Damariscotta space now home to Osteria Bucci and formerly home to Paco’s Tacos.

Osteria Bucci will close April 1. Bernie DeLisle opened the eatery in September 2017. He said he has had a good run for the last year and a half, but it’s time to move on.

Though his restaurant is only open for breakfast and lunch, or until he sells out of his signature spinach pies and other Italian specialties he makes fresh daily, he has worked 10 hours most days. “It’s just more work than I want at this time in my life,” he said.

Que Rico owner Sara McKenzie and her fiance, Michael Castillo, have been running the food stand since May 2016 and are ready to open a year-round, brick-and-mortar restaurant.

DeLisle was thinking about the possibility of closing one day recently when McKenzie, a friend from their days working together at the Waterfront Restaurant in Camden in the late ’90s, stopped by to chat.

“Sara told me they were looking at places to rent for a restaurant and asked if I knew of any,” DeLisle said. “It was kind of perfect.”

“It was serendipitous,” McKenzie said. “We were trying to figure out where we could expand into brick and mortar, and I just wanted some advice from Bernie. Plenty of people had mentioned this spot to us because it used to be Paco’s Tacos.”

Paco’s Tacos, a Mexican restaurant, had a 16-year run before closing in 2011. 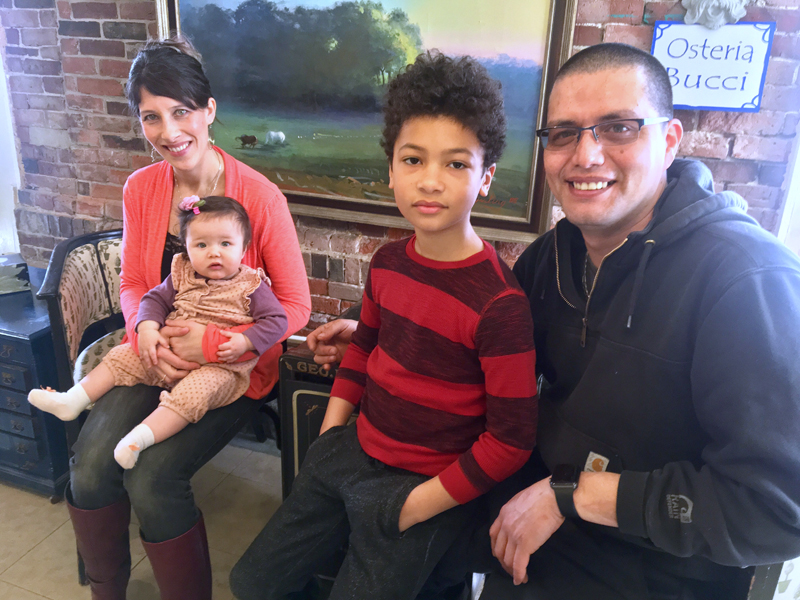 And thanks to that former restaurant, the new Mexican restaurant, yet to be named, will be situated at 1 Taco Alley. The restaurant will open on Cinco de Mayo, May 5.

McKenzie said the restaurant will serve some of the same items their food trailer offers, such as tacos, burritos, empanadas, and quesadillas, but will also feature a more diverse entree selection, including chili rellenos, fajitas, enchiladas, and plates that will include rice and beans.

“It will be a little bit more entree-like than what we do at the food trailer,” she said. “We’ll also offer tacos dorados, a hard-shell taco.”

Some remodeling, including to create more counter space with stools and expand the dining area, is in the planning stage. McKenzie’s parents, Nancy and Joe DeRico, are pitching in with their visions for the space.

Castillo, who grew up in South Central Los Angeles, came by his love for Mexican food organically. He ate a lot of Mexican street food and his parents are from Mexico. Many of his recipes were handed down from his mother, Alejandra.

He’s not ready to relinquish the Que Rico food trailer spot, and will continue to run both places, at least for the summer. “So if there’s something on Que Rico’s menu that’s not on the one at the new place, and someone wants it, they can just go down the street for it,” McKenzie said.

McKenzie said that when Castillo first opened the food trailer, he talked about wanting to open a brick-and-mortar restaurant in three years. “And we finished three seasons at Que Rico last year,” she said.

McKenzie’s son, Dawson, 8, and the couple’s daughter, Bella, 9 1/2 months, who live with them in an apartment just across the alley, will spend a lot of time in the new restaurant too.

McKenzie and Castillo will seek approval from the town to serve beer and wine, and hopefully margaritas at some point down the road.

“This will be perfect for them,” DeLisle said. “This space has been a positive experience for the past year and a half. And really, all that’s changing is the menu and the faces.

“Sara and Michael are already here and known in the community. I don’t think the general feeling about this place is going to change. It’s still going to be a warm, welcoming little place in Taco Alley. I feel really comfortable with it and I know they’ll do a great job.”