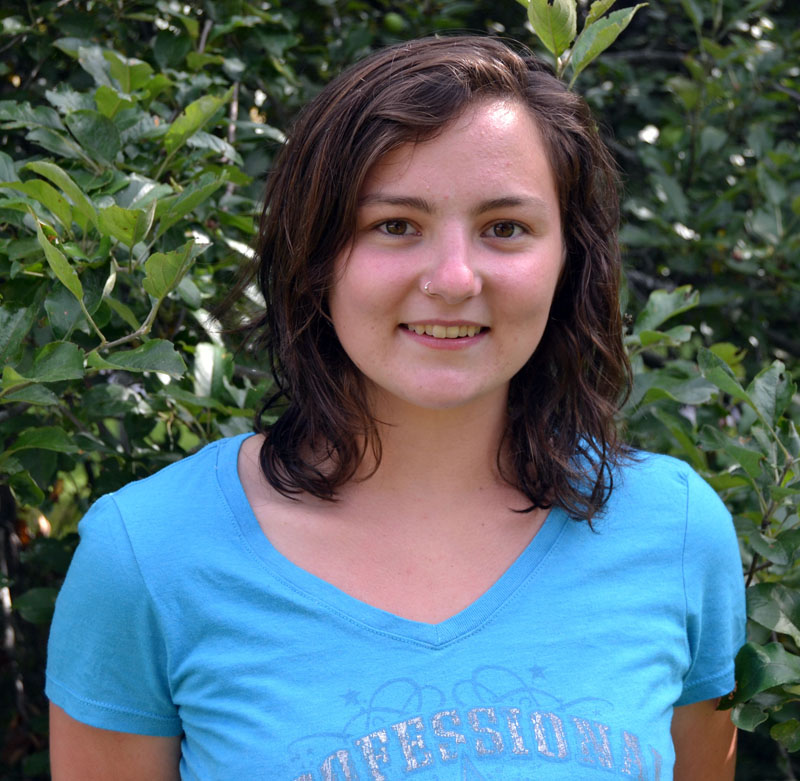 Colleen Kaplinger, of Waldoboro, recently passed her exams to become a first-class landscape arborist and a first-class utility arborist. 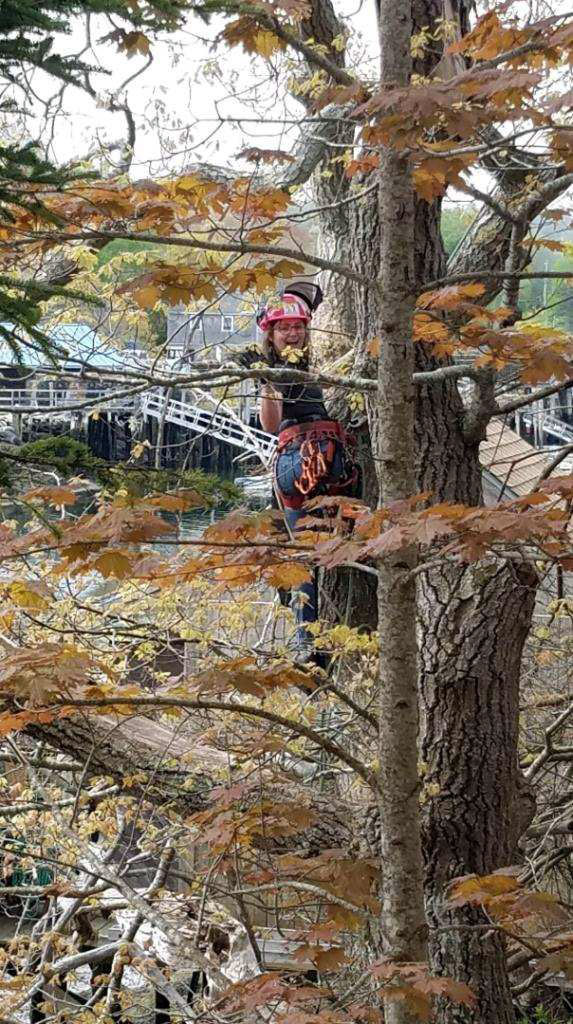 A landscape arborist deals with the planting and care of trees, while a utility arborist’s license qualifies one to perform procedures near utility lines.

Colleen has been watching her father work since she was 4 years old, but didn’t start working for him until three summers ago, after deciding she wanted a career change.

“I was doing carpentry at the time, but I realized that wasn’t what I wanted to do with the rest of my life,” Colleen said. “It was getting to be repetitive, with the same things every day, so one day I gave two weeks’ notice and told my dad I needed a job.”

Colleen took quickly to the work and found herself enjoying it more than she had expected.

Taking notice of his daughter’s interest, Dan suggested that she obtain her arborist’s license, which would allow her to do more on job sites.

“Before I got my license, I was doing a lot of the ground work, like rigging, cutting up brush on the ground, running the tractor and chipper,” Colleen said.

Dan trained Colleen to climb trees. Now that she has her license, she can climb on her own.

The test for an arborist’s license consists of four parts: a written exam, tree identification, chainsaw safety, and knot-tying. Colleen began studying in late winter and took the exam June 30. When she entered the room to take the test, she was the only woman.

“It’s definitely a little nerve-wracking, but I’m used to it,” Colleen said. “I went to school for carpentry and a lot of the time I was the only girl in a competition or something. As soon as I clear my mind, I’m good to just do whatever I’m there to do.”

Colleen found out she passed later in the summer, when she received a letter in the mail.

“I was jumping up and down and screaming,” Colleen said. “It was the same day I got my climbing saddle, so it was just a big ‘Woo!’ for everything.”

She immediately called and shared the good news with her dad, who was proud and impressed.

“All week I had been worried I hadn’t passed, because I’m a nervous, anxious person, but he knew,” Colleen said. “He knew I passed the whole time.”

In addition to her father, Colleen’s brother, Sam Kaplinger, is working at the Nobleboro-based business while Bath Iron Works is on strike.

When Colleen isn’t working with her dad at Five K Arborist, she helps her mom, Julie, at Metcalf’s Submarine Sandwiches in downtown Damariscotta.

“My entire life has been Metcalf’s and Five K,” Colleen said. “It’s perfect!”

For more information about Five K Arborist, go to fivekarborist.com, find the business on Facebook, email botlkap@hotmail.com, or call 350-6250.