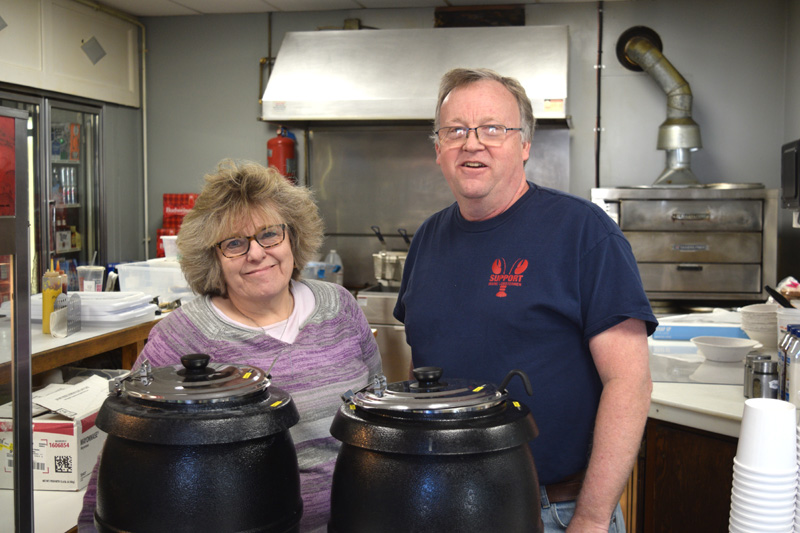 Kent and Lisa Boucher, the owner/operators of The Penalty Box Sports Pub in Damariscotta, are the new owners of Harbor Light Convenience, formerly known as Dee’s Variety.

The Boucher’s officially reopened the store with its new name and a new sign on the front of the building on Jan. 13.

Before it was a convenience store, the property, located at the corner of Route 130 and Huddle Road, opened as the New Harbor Gulf Garage under the management of Leroy Griffin in 1973. In 1985, Ted and Joan Neary opened the Corner Stop market at the location, and in 1995 Patrice (Patti) and Teddy Dee opened their eponymous store.

Despite its many lives, the history of the building can still be found just beneath the surface. During an interview on Jan. 26, Kent Boucher pointed to a wall of coolers in the back left corner of the store and said that he’s been told that the old car lift from the 1970s is still right there underneath the building.

Before her death, Patti Dee became a frequent customer at The Penalty Box and got to know the Bouchers after they purchased the business from Jane and Gary Gravel in January 2017.

Kent Boucher said that he began talking to Patti Dee about purchasing Dee’s Variety in 2017, but she did not want to part with it. However, the August after Patti Dee’s passing, her estate offered to let the Bouchers purchase the business.

“When she passed away, she told the head of the estate to reach out to us because we had been interested in it,” Kent Boucher said.

Lisa Boucher grew up in Walpole and remembers the store when it was just a garage, and she said she wanted to run a business close to her hometown.

“I’m excited to be able to keep it in the community,” Lisa Boucher said. 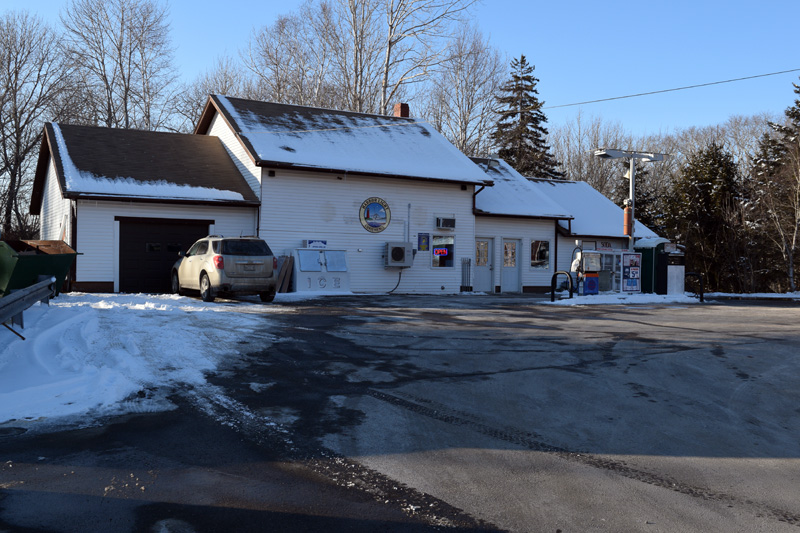 The location of Harbor Light Convenience, formerly Dee’s Variety, has lived many lives since it first opened as the New Harbor Gulf Garage in 1973. (Nate Poole photo)

The Bouchers’ vision for Harbor Light Convenience is to keep it much like Dee’s Variety in that it will be a local diner and convenience store where customers can be in and out in less than five minutes, but with a number of significant updates.

The Boucher’s initiated a remodel of the store’s interior the moment they opened and it will continue in a piecemeal fashion during nights through the winter to keep the majority of the store open and operating during regular hours.

So far, the Bouchers and contractors have installed new lighting, wiring, outdoor security lights, and a heating system. The couple has also brought in new kitchen equipment including stoves, a pizza oven, and freezer.

Kent Boucher said that he will eventually rip out much of the kitchen and install a three-bay sink and dishwasher and build a wall closing off much of the kitchen from the rest of the store and seating areas. Eventually, he plans to have a walk-in freezer installed, as well.

“We’ll be able to function back here like a restaurant kitchen,” Kent Boucher said.

The store will also feature an expanded grab-and-go hot and cold food section with home-style meals like turkey dinners and pork with mashed potatoes.

“It’s for the worker, the person that’s in a hurry,” Kent Boucher said.

When spring comes around, the owners will focus on cleaning the exterior of the building and installing new vinyl siding.

“Next year… you will not recognize this building,” Boucher said. “We’ve done a lot but there’s a lot still to do.”

The store is currently using a temporary menu that will only last until the Bouchers get the proper implements installed in the kitchen. He emphasized that however much the look of the store may change, locals will still be able to come in and sit down for a chat like they always have.

“One thing that locals have told me since I’ve been working here is (that) they enjoy coming here and having their coffee in the morning or having dinner at night and talking to the guy down the road,” he said. “Locals rule.”

Kent Boucher said that the store will have an official, grand opening sometime in the spring.