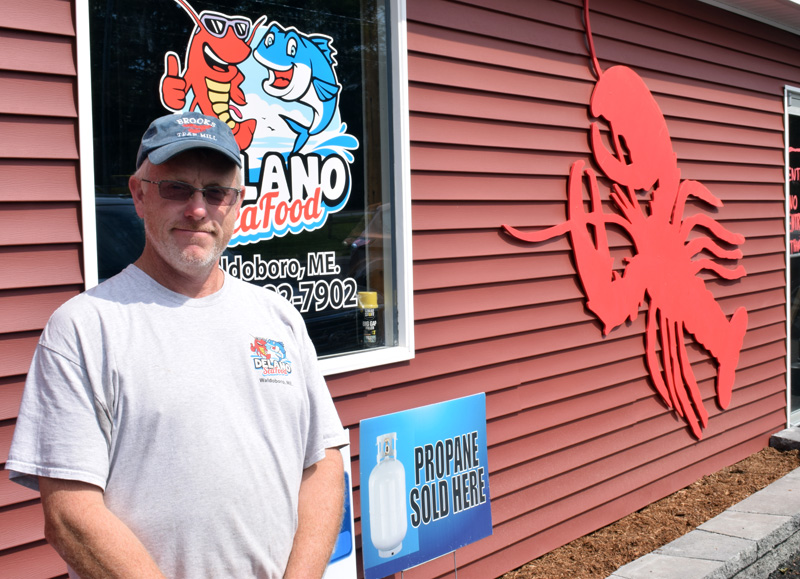 Kendall Delano Jr., co-owner of Delano Seafood Market in Waldoboro, stands outside of a newly constructed building that will house the market by October and offer twice as much retail space. Delano plans to hold a grand opening celebration and 20th anniversary bash for his business once the building is complete. (Evan Houk photo)

Delano Seafood Market has expanded a little bit each year since 2010 and now plans to move into a newly-constructed building by the beginning of October that offers twice as much retail space.

The popular Route 1 market will move into the new building that is attached to its current store once the interior construction is complete and new freezers installed, said co-owner Kendall Delano, Jr. during an interview at the market at 2090 Atlantic Highway, Waldoboro, on Monday, Aug. 30.

The new space will allow Delano Seafood Market to widen its offerings and make it more of a one-stop shop for loyal customers.

Once the market is moved into the new building, it will provide extra space to stock more varieties of fish and other freezer items; local beer and wine; locally-sourced convenience items like milk, bread, eggs, and chips; Delano Seafood Market-branded items like apparel, mugs, and key chains; and more different kinds of locally-made craft, gift, or novelty items.

“All the businesses, we just really need to work together to survive,” Delano said of why he wants to include more Maine-made items in his store. “We have tourists from away that come here and it will give them more options to see what we have here in Maine.” 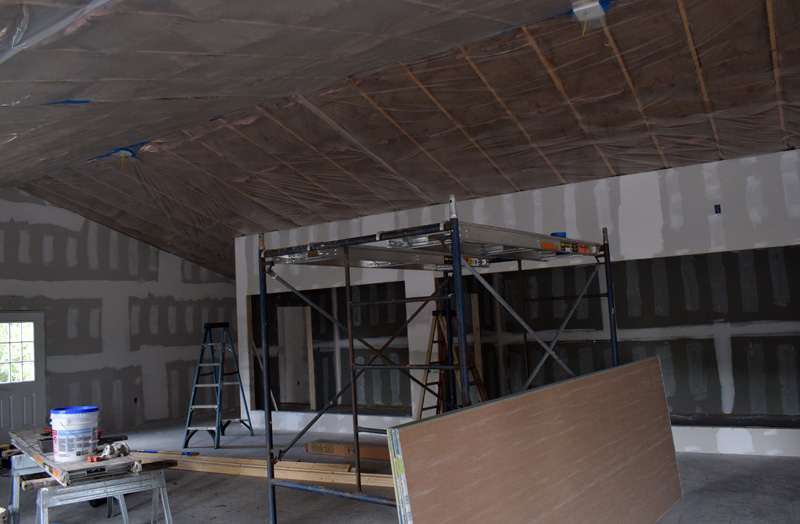 The interior of the new building that will house Delano Seafood Market in Waldoboro and offer twice as much retail space is still under construction and expected to be ready by October. Co-owner Kendall Delano Jr. said he plans to offer more types of fish, Delano merchandise, and Maine-made novelty items in the new space. (Evan Houk photo)

He said that any local vendors who would like to have their products featured at Delano Seafood Market can contact him.

In the new building, Delano intends to double the number of frozen seafood items available, from 100 to 200, by adding two more freezer doors. One more display case for fresh seafood will also be added.

“It’s going to be a lot bigger selection,” Delano said.

The building currently housing the market will be turned into a storage space and shipping depot so Delano Seafood Market can ship items directly from the store.

Many customers already purchase boxes and freezer packs to ship seafood items themselves through the post office.

“I know a lot of people would like to come and just get it over with and not have to deal with another place,” Delano said.

Delano retired in April after working 30 years as a lobster fisher and sold his traps and his boat. He said it became too much work to continue lobstering, running the seafood market, and the Delano Seafood Shack food wagon at the same time. 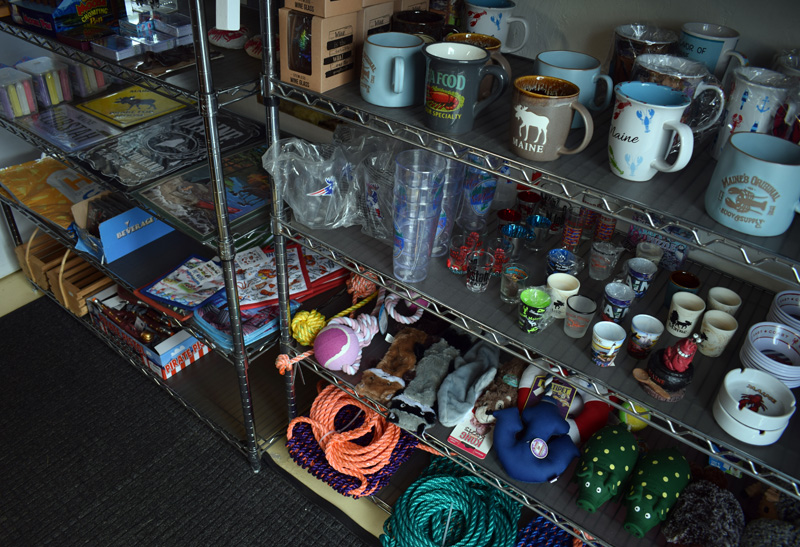 “I was doing both, running this seafood market, running the takeout, and doing lobstering. I did it two years and I can’t, I had to decide,” Delano said.

He decided to take that money and invest it into the expansion of the market, which he said has been at retail space capacity for the past five years.

Washington-based All Aspects Builders started constructing the building in June and is finishing up the ceiling and integrating it into the existing structure.

Performance Paving Inc., of Owls Head, repaved the parking lot and will be painting lines to demarcate parking spots.

Delano said he is confident the building construction will be completed within the next few weeks, but he is not sure when the freezers will arrive with shipping delays. He said that he hopes to have the new market up and running by late September or early October.

A grand opening celebration at a later date will double as a party honoring the 20th anniversary of the market.

Both are open year-round. For more information, find Delano Seafood Market on Facebook or call 832-7902.