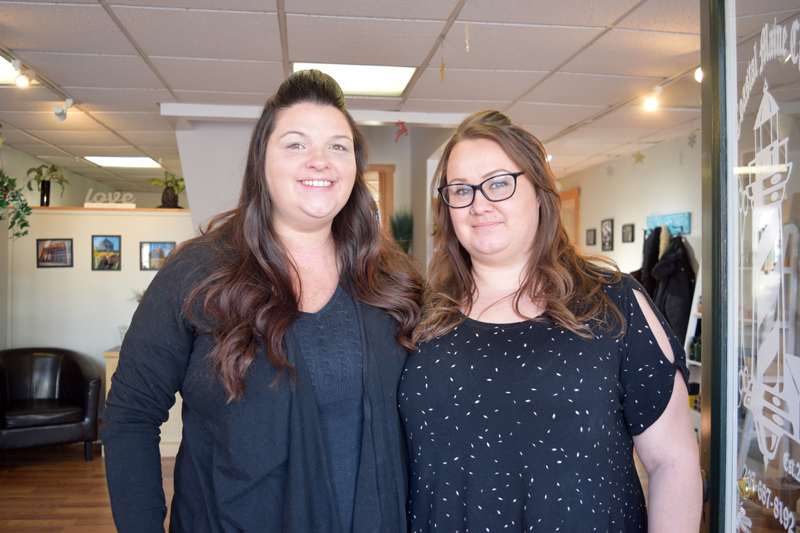 Coastal Maine Cuts co-owners Tiffany Dauphin and Chantel Jacobs, of Richmond, held a soft opening for their 106 Main St. barbershop Dec. 5. Dauphin described the business as a “hair shop with a barbershop feel.”

Dauphin and Jacobs decided to go out on their own a few months prior to finding the space. They looked at spaces in four other towns.

Dauphin, who is from Wiscasset, was in the area for a doctor’s appointment and saw a “for lease” sign on the building.

“Every nook in this place had the right fit for us,” Jacobs said. “We didn’t know we even needed certain things until we were in here.” 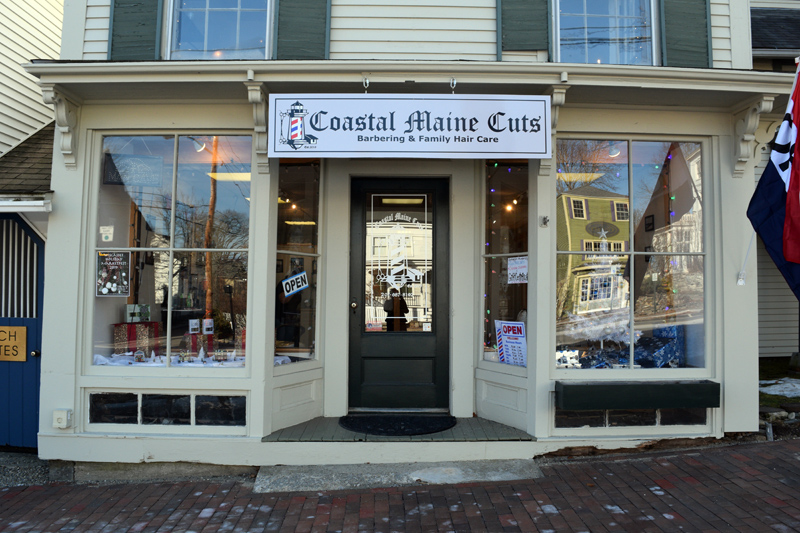 No one knew what was coming to the location for a while. The pair only displayed a “coming soon” sign made by Dauphin’s daughter.

“It got people talking, and now it’s very obvious with our giant haircut flag,” Jacobs said.

“We are on display. We have the best form of marketing ever,” Dauphin said, referring to the large windows in the front of the shop.

The location previously housed Ingram Art & Antiques, but had been empty for around two years, since an SUV struck the building in December 2017.

Together, the friends received their training from Mr. Bernard’s School of Hair Fashion Inc., of Lewiston. They have about 10 years of experience each.

The best friends worked at separate chain salons and Dauphin has rented a booth in a salon. 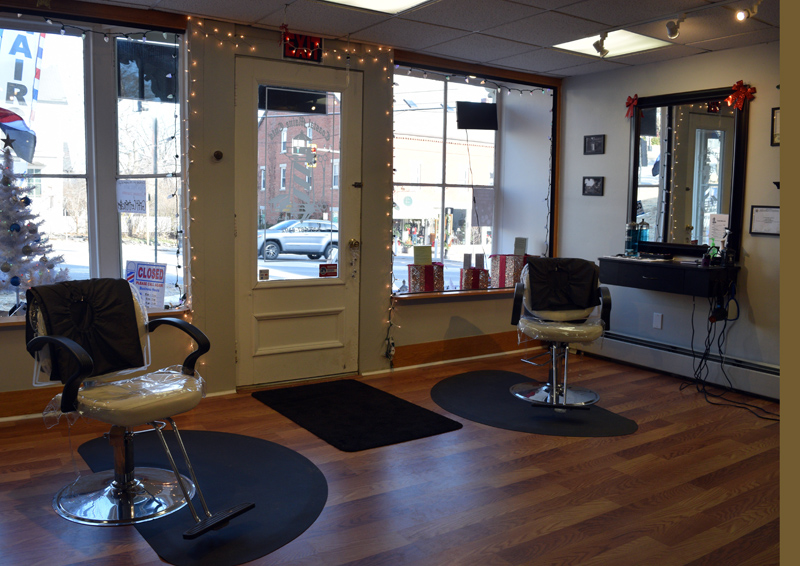 The venture is the first time the friends have worked in a salon together.

“We are really excited to be here. This has been our dream and now we get to live it,” Dauphin said.

Coastal Maine Cuts is not a full-service salon, but serves all ages and genders.

“A lot of people, when they hear barbershop, they think just men, but that’s not the case,” Jacobs said.

Staying with the coastal theme, the pair created a “menu” of services with nautical-inspired names, such as The Captain, which consists of a haircut, a hot towel, and a massaging shampoo; and The Sailor, which is just a haircut.

Other services include The Bearded Pirate, The Deckhand, The Hull, and The Wax. 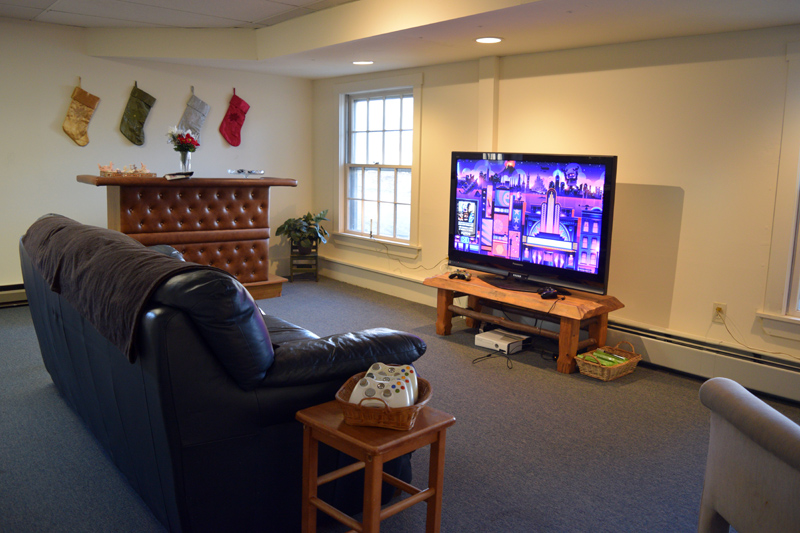 Coastal Maine Cuts offers a “man cave” where customers can watch television or play video games while they wait for a haircut. (Jessica Clifford photo)

They also offer a buzz cut, beard and bangs trimming, and facial waxing. Between haircuts, men can come in for free neck trims.

According to Dauphin, they are brushing up on using straight razors and considering a men’s hair-coloring line to add to their list of services in the future.

Coastal Maine Cuts is a walk-in-only shop, but customers may call for the wait time.

“I think it’s nice too, because everyone’s so busy and making an appointment and keeping it is tough,” Jacobs said. “When it comes to a haircut, a lot of the time it’s really impulsive. You look in the mirror and say, ‘I need a haircut.’”

While people are waiting to sit in the barber’s chair, they can enjoy the shop’s man cave, which has a large television, a couch, and a nook for children to sit on bean bag chairs and play video games on an Xbox. They plan to feature local artwork as well.

“When you come in, we want you to feel so welcome and comfortable that even waiting is an experience,” Dauphin said.

“We are really trying to reach every part of a family,” she said later. 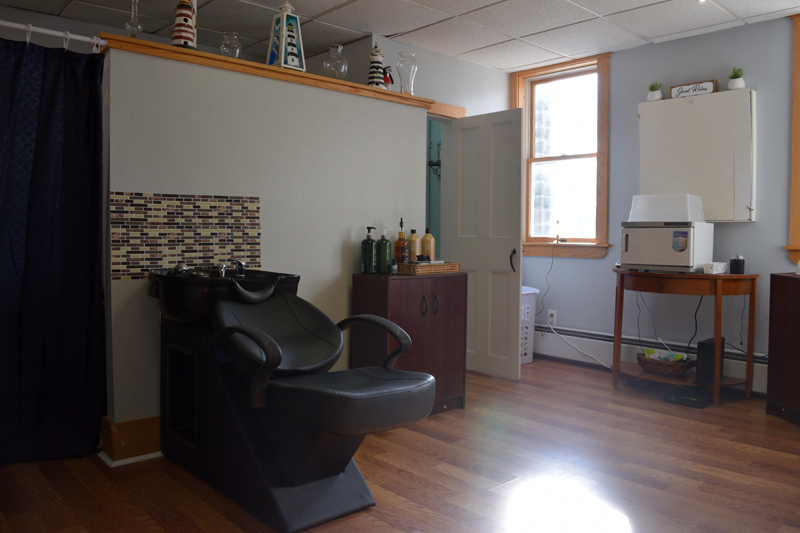 Dauphin wants the shop to have the vibe of an old-school barbershop, where customers have a personal connection with the stylists and the other customers.

“I really want that barbershop concept to live on,” Dauphin said.

A friend of the owners, local artist Rob Roy, designed a nautical logo that consists of a barbershop pole inside a lighthouse, with stylist’s scissors on the side. The front of the shop features old pictures of Wiscasset.

For now, the shop is open from 9 a.m. to 5 p.m. Monday-Friday and 11 a.m. to 3 p.m. Saturday and Sunday. The hours will likely change based on customers’ needs, according to the owners