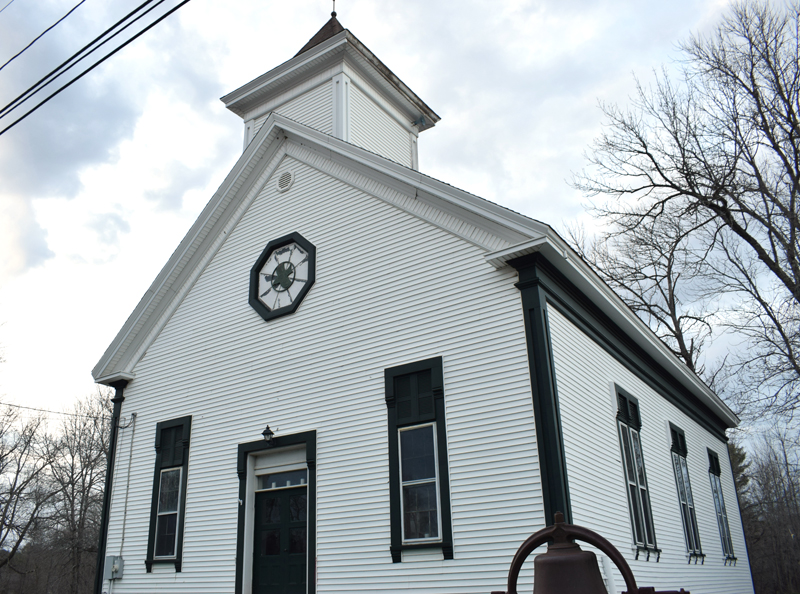 The Dresden Planning Board approved Country Church Ice Cream and Collectables at 541 Gardiner Road next to Dresden Take Out on Monday, April 19. Kathy and Mason Dubord, owners of Dresden Take Out, plan to open the shop in June. (Evan Houk photo)

The owners of Dresden Take Out, at 537 Gardiner Road, plan to open an ice cream shop in the church building next to their convenience store and eatery.

Mason and Kathy Dubord discussed their plans with the Dresden Planning Board on Monday, April 19 to open Country Church Ice Cream and Collectables in June.

The planning board approved the additional use for the building at 541 Gardiner Road with five votes in favor and one abstention.

Planning Board Chair Jeff Pierce abstained from the vote because he is selling the property to the Dubords. He said they will take possession on May 28. 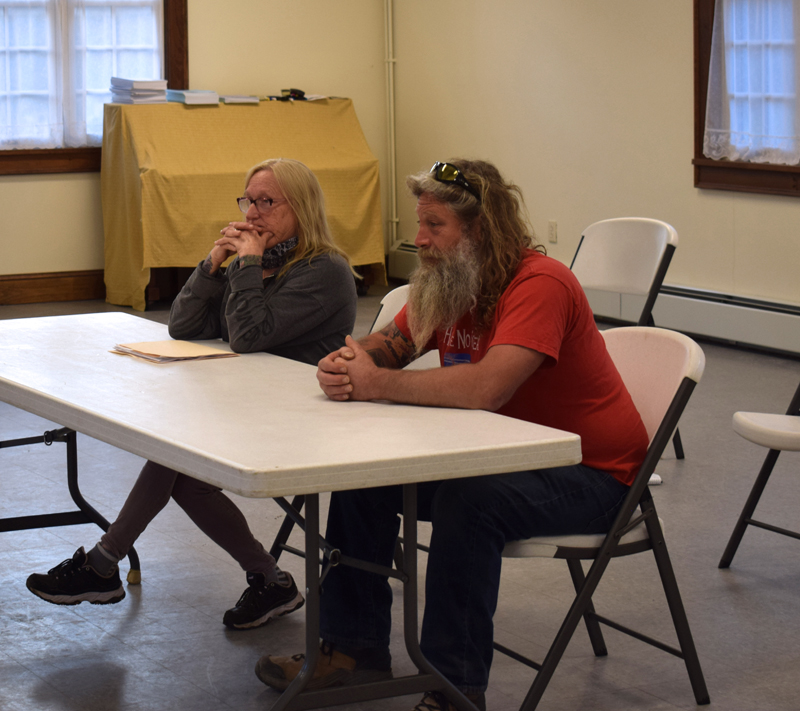 Kathy and Mason Dubord, owners of Dresden Take Out, discuss their plans to open an ice cream shop next to their business with the Dresden Planning Board on Monday, April 19. (Evan Houk photo)

Pierce said after the meeting that he and his wife, Ann Pierce, ran an antique and collectibles shop out of the building for 20 years.

Kathy Dubord said the ice cream shop will be a seasonal business. The Dubords plan to sell ice cream out of a window on the side of the church facing the Dresden Take Out. The shop will also continue to sell antiques.

“The ice cream shop will give kids jobs in the community,” Kathy Dubord said.

Pierce said the building was built in 1831, has historic tin ceilings from a 1920s remodel, and previously served as a temperance hall. He said that the building was moved across the Eastern River from a location on Common Road in 1881 by “seven teams of oxen and 10 good men.”

Shari Lily, secretary for the planning board, said the building was at one time the home of the Dresden Community Church during a phone interview Wednesday, April 21.

Dresden Take Out opened in 2014. The Dubords purchased the store two years later, when they revamped the food menu and added a bakery to the store.

In October 2017, the Dubords added fishing and hunting essentials, including guns and ammunition, to Dresden Take Out, due to the popularity of the activities among the store’s customers.