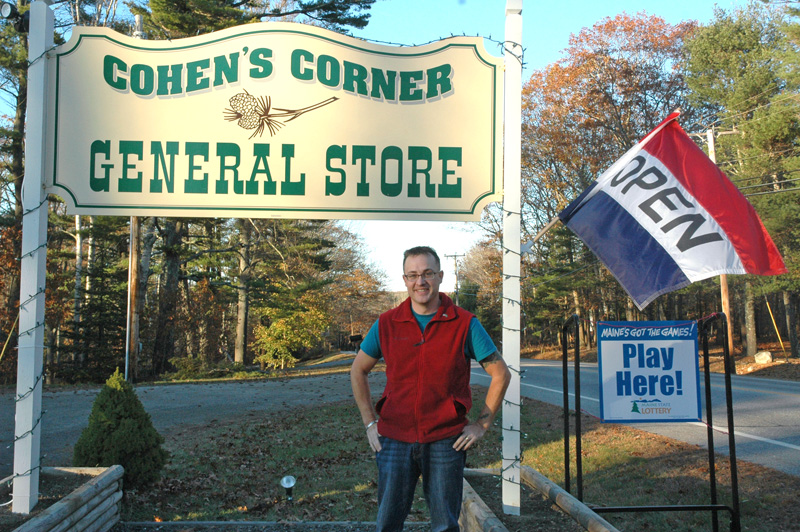 A Boothbay Harbor family has reopened the general store in Edgecomb as Cohen’s Corner General Store.

Ronald and Juliette Cohen own and operate the store, which is already bringing in area residents and commuters on Route 27. The Cohens also run Above and Beyond Scheduling Services LLC in Boothbay Harbor.

“For me, the best thing is meeting people,” Ronald Cohen said of the store’s first few weeks in business. “I love meeting all the customers who come in. I try to give them something to smile about and show them a friendly face as they go about their days.”

Just two days after opening, the business lost power during the windstorm Oct. 30.

“It was our first Monday and we were ready for the morning commute,” Cohen said. “We were here at 4 a.m. and had the coffee and breakfast sandwiches made. I had just put the open flag out on the post by the road and turned around when all the lights in the store went off.”

The store got power back Wednesday evening and was able to reopen Thursday, Nov. 2.

Cohen said the outage was unexpected but provided the store with a nice opportunity to have a test run, a soft opening of sorts.

“After we got power back, the greatest thing was, we had a chance to do a reopening,” he said.

He said traffic at the store is steadily increasing and he is looking forward to adding more items to the store’s menu.

“It’s going really well. Every day more and more customers are coming in,” he said.

Cohen said he was inspired to reopen the store after hearing public interest in the idea and thinking back to his time working in Augusta and commuting along Route 27 from Boothbay Harbor. 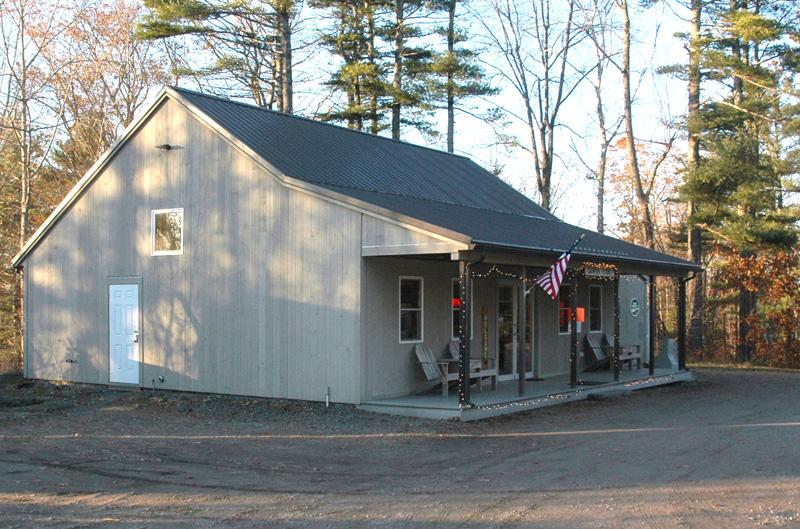 “I remember when the other store was there. When it closed, I spent two years looking at the building. I talked to my wife and we decided to go for it. I think people missed having a convenience store in Edgecomb,” he said.

The store has daily specials and, according to Cohen, the most popular items so far have been pizza, burgers, and homemade soups and chili. The beef stew and fish chowder are also popular.

“Everyone enjoys our biscuits and gravy. It started as just a one-time thing, then we did it a second morning and decided to add them to the menu,” Cohen said.

The store also offers cold sandwiches and homemade baked goods for those looking to get grab-and-go fare, and plans to add more prepared meals in the future.

The Cohens are working to offer healthier items to grab and go, such as salads, quinoa burgers, and a fish stew with zucchini instead of potatoes.

Cohen said he will be responsive to what the community wants.

“As we keep going forward, I’ll be asking people in the community what they want here. I don’t want to fill the shelves with stuff no one wants,” he said.

Cohen said he has worked in retail the majority of his life, but having an on-site kitchen is something new for him. He said he is grateful for the community response, which has helped get the store off the ground.

“I’d like to thank the community for all their support. We’ve received a hearty welcome and want people to know we are there for them,” he said.

The store has an indoor seating area with stools and Cohen plans to expand the area and add some chairs and tables in the future. There is a checkers board on the counter for patrons to use, and plans to add a cribbage board.