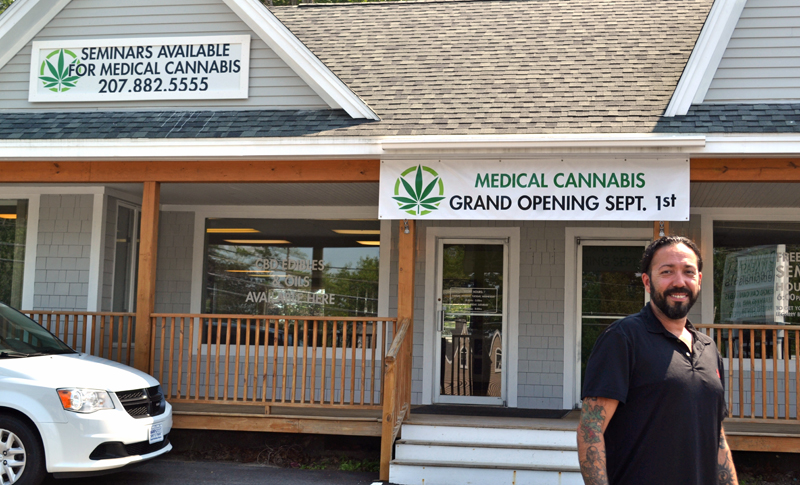 The Downeast Medicinals medical marijuana storefront in Edgecomb will not officially open until Sept. 1, but customers and community members are already filtering into the retail shop and education center to ask questions and purchase the publicly available products.

The high visibility of the medical marijuana storefront may create some hurdles due to the stigma that still surrounds marijuana, co-owner David Boucher, of New Harbor, said. The storefront, however, is committed to educating the public about the medicinal use of marijuana, which Boucher hopes will become a mainstream medical treatment.

“Right now there’s still a subculture to” medical marijuana, Boucher said. “We need to shake away that old stigma.”

Due to the impending arrival of recreational marijuana establishments, the need to distinguish between marijuana’s recreational and medicinal uses is bigger than ever, Boucher said. Downeast Medicinals hopes to become a center for that education in the Midcoast with weekly public seminars that will attract members of the medical community, he said. 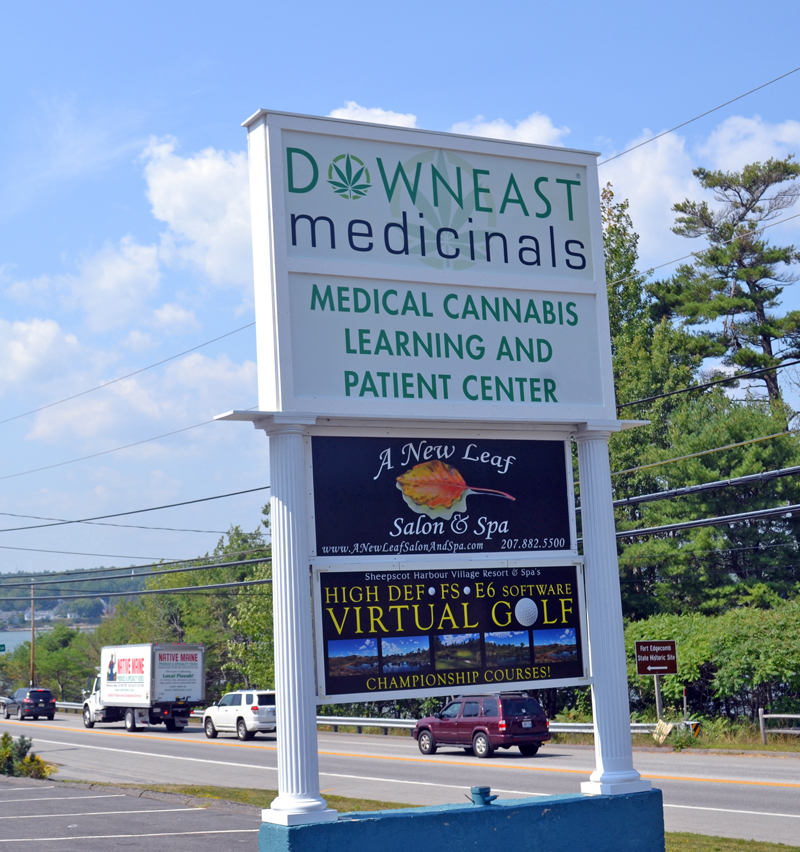 In addition, the storefront will host a nurse practitioner once a week for anyone interested in obtaining a medical marijuana certification, and provide a space for Boucher, a licensed caregiver, to tend to his patients.

Downeast Medicinals also sells accessory products for the use of medical marijuana and a full line of cannabidiol products that are publicly available. There is no THC in cannabidiol products, which are extracted from industrial hemp, Boucher said. THC is the psychoactive component of marijuana.

“This has been a tremendous educational experience,” said Elaine Bryant, of Somerville, Mass., who wandered into the store Monday, Aug. 21 after the sign on Route 1 sparked her curiosity.

The Edgecomb Planning Board approved a change-of-use application for the space Thursday, Aug. 17, giving the storefront the green light to open for business.

“It’s been eye-opening for me to see how many people this has helped,” Boucher said. Boucher only recently became a medical marijuana caregiver. A veteran of the U.S. Air Force, he worked in law enforcement before moving to Maine in 2004. He also owns Lost Orchard Brewing in Gardiner, which produces hard cider.

Boucher has several friends and family members who have benefited from medical marijuana, he said. After doing extensive research on its medical benefits, Boucher decided to become involved.

Boucher joined with Tony M. Casella, who is not only a licensed caregiver but also a patient with stage 4 cancer, to open Downeast Medicinals’ storefront, which is committed to spreading the word about the benefits of medical marijuana, Boucher said. 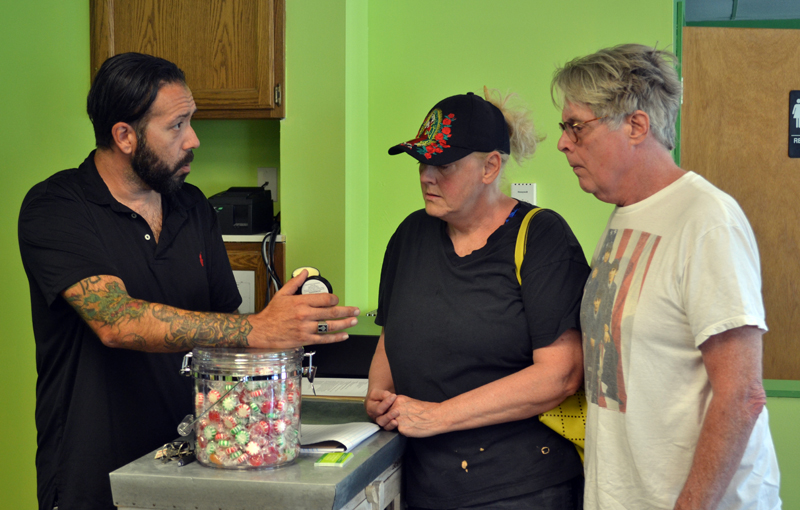 “A lot of people are growing marijuana, but is that marijuana something that you would give to a patient?” Boucher said. “Is it the same quality as medical marijuana?”

The high visibility of Downeast Medicinals’ storefront may awaken concerns from people opposed to the use of marijuana in general, but it will also provide a greater opportunity to educate the public about its medicinal benefits, Boucher said. With several people already making their way into the storefront, the initial feedback has been overwhelmingly positive, he said.

“The few people that have come in have been so happy we’re here,” Boucher said. “It’s nice to hear people say that something we thought would be good for the community, is actually a good thing for the community.”