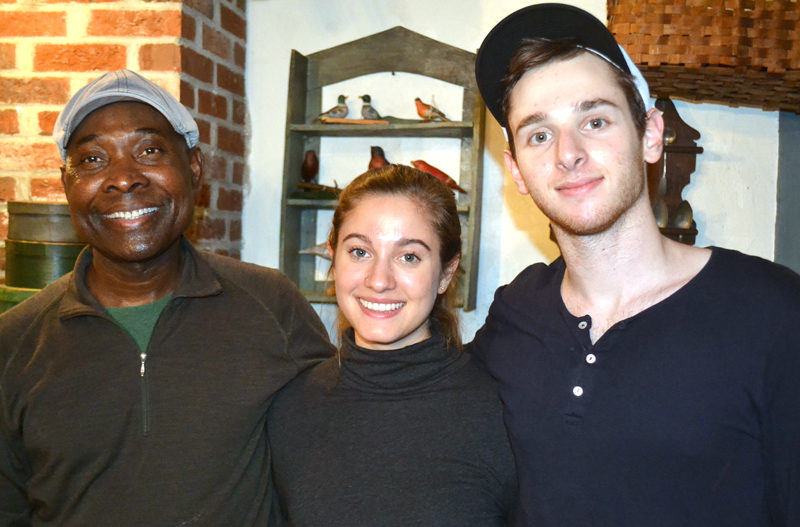 The traditional food of Togo, a cuisine that blends the recipes of West African tribes with French and European cooking techniques, was on the menu for Wiscasset Area Chamber of Commerce members on Thursday, Dec. 8 at Patricia Stauble Antiques.

The dinner is one of several college professor, musician, and entrepreneur Messan Jordan Benissan is preparing for area organizations to introduce the community to the restaurant he hopes to launch in Wiscasset, Me Lo Togo, which translates to I love Togo.

Benissan, of Waterville, is currently working on securing a space to launch the eight- to nine-table fine-dining establishment that will feature the rich texture and unique flavor of Togolese cuisine – food that developed through a fusion of cultural influences, and which made the small West African nation stand out as a tourist attraction, Benissan said.

As Benissan works to find a location for Me Lo Togo in Wiscasset, he is giving locals a taste of the recipes from his native country through community dinners, which he hopes will build anticipation and draw people to Midcoast Maine’s first African restaurant. 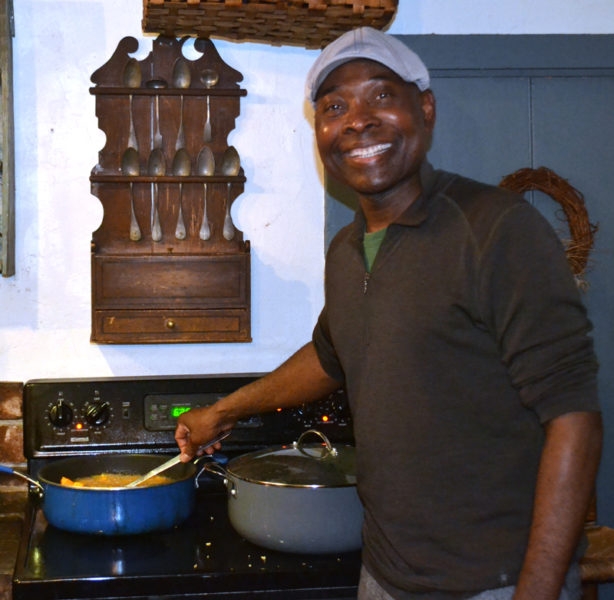 The restaurant “is a dream I’ve been dreaming for a long time,” Benissan said. “Now, I’m in a place where I’m close to achieving this dream.”

Benissan, a professor of West African music and dance at both Colby and Bates colleges, was born and raised in Togo, a West African country on the Gulf of Guinea that borders Ghana and Benin.

Togo was under German and then French rule before establishing independence in 1960. Situated on the coast, Togo’s capital city, Lome, became a melting pot of European and tribal cultures, Benissan said, a cultural fusion reflected in the food.

Benissan’s interest in the culinary arts began by watching his mother in the kitchen, he said. His mother was a versatile businesswoman who made textiles and eventually opened a restaurant, Benissan said.

In preparing to open his own restaurant, “I look back on everything she did,” Benissan said.

Benissan earned his bachelor’s degree in Lome. He chose to continue his studies in the U.S., in part to improve his English language skills, in part out of curiosity about American popular culture and music, and in part out of fascination with the Civil Rights movement.

The transformations black Americans have undergone as they rose from the status of slaves to the status of equal and free citizens “is intriguing,” Benissan said.

“It’s exciting to see black people who came to this country as slaves against their will somehow manage to not just survive but prosper and become so vibrant,” Benissan said, listing off a host of musicians, athletes, and artists that have been a source of inspiration for him.

Benissan was pursuing a master’s degree at the University of Oklahoma in French literature when the university hosted its first celebration of Martin Luther King Jr. Day, he said. Bennisan, who is a West African master drummer, performed at the ceremony.

The performance became “the talk of the town,” Benissan said, and invitations to perform and teach traditional West African music came pouring in. It was “something that wasn’t in my wildest dreams,” he said.

The idea that traditional West African music could become more than an elective and part of the academic discipline of ethnomusicology had never crossed his mind, he said.

“I just grabbed that opportunity and it developed to where we are today,” he said. Since his performance in Oklahoma, Benissan has released four award-winning albums and taught West African drumming and dance at both the secondary and university level.

In 1999, Benissan moved to Maine to be close to family. He teaches West African drumming and dance at Bates College in Lewiston and Colby College in Waterville. Sharing the cuisine of Togo is bringing Benissan’s work to educate people about West African culture full circle, he said.

“Food, music, dance: at home they all go together,” Benissan said. 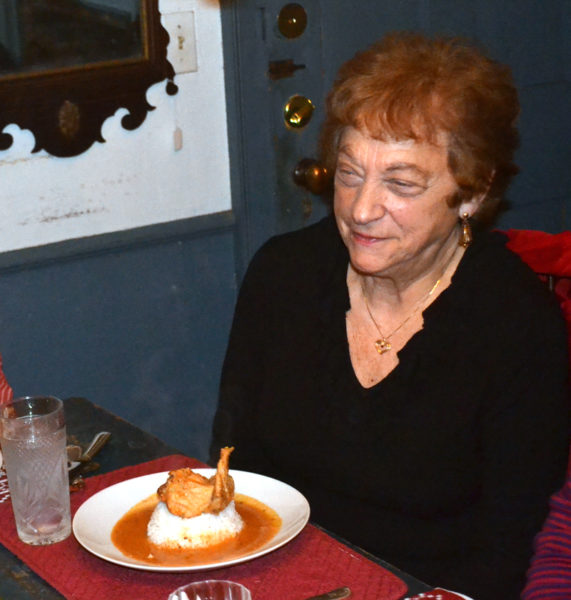 Benissan is a frequent visitor to Wiscasset, which he chose as a potential location for Me Lo Togo partly out of love for the town and partly to capture some of the tourism that passes through during the tourist season, he said.

Benissan was in the process of negotiating a lease agreement for a space at 41 Water St. and planned to appear before the Wiscasset Planning Board for permission to renovate the space. The agreement fell through, however, due to CEI’s desire to sell the building rather than lease it, Benissan said.

Benissan has already purchased the kitchen equipment and most of the furnishings for the restaurant. He is now searching for a space where “people from across the country and the world can meet for great food and good company,” he said.

The Dec. 8 dinner, hosted by Patricia Stauble, was a “kitchen demonstration” of what Benissan plans to offer at Me Lo Togo.

Benissan plans to change the menu of Me Lo Togo frequently, offering two to three different appetizers, entrees, and desserts for customers to choose from, he said.

Fufu, a staple of West African cuisine made from yam flour, which acts as an edible utensil to eat stews and sauces with, will be offered, in addition to rice and pasta, Benissan said.

Benissan also plans to offer gourmet American and European dishes to appeal to all customers, he said.

The ingredients in traditional Togolese cuisine are the same that are used in American dishes, Benissan said. It is the “spices we use and the way we put things together that makes (the traditional cooking) so delicious,” he said.

For more information about Me Lo Togo, contact Messan Jordan Benissan at 872-9146.