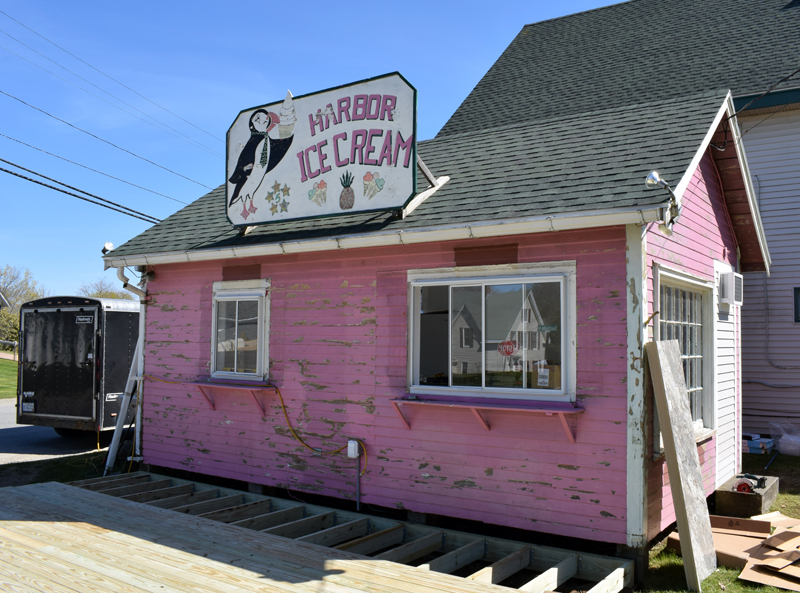 The Harbor Ice Cream stand is undergoing minor renovations and will reopen to the public under new management Friday, May 22. Mother-daughter duo Heather and Norma Leeman will operate the stand. (Evan Houk photo)

Norma Leeman, who worked at Harbor Ice Cream as a summer job while in school, will now run the New Harbor stand with her mother, local business owner Heather Leeman.

The shop, in the central square of New Harbor at the corner of Bristol Road and Southside Road, will open for the season Friday, May 22.

The mother-daughter duo has signed a long-term lease of the business from longtime owner Beatrice “Bea” Chase, who will continue to officially own the business, as well as the building and land.

Heather Leeman said in a phone interview Friday, May 15 that the Leemans are upgrading the building to adapt to the coronavirus emergency and keep customers and staff safe. The upgrades will allow everything, including the walls, to be washed.

“We’re trying to think of all those things to make it easy to clean, to make it as safe as possible for anyone who comes to get ice cream,” Heather Leeman said. The stand will also ask customers to observe physical distancing.

She said the idea to take over Harbor Ice Cream came from her daughter, who graduated from the University of New Hampshire two years ago. Norma Leeman remembered how much fun she had scooping ice cream during her summer vacations from school and was looking for a fun way to earn extra money. 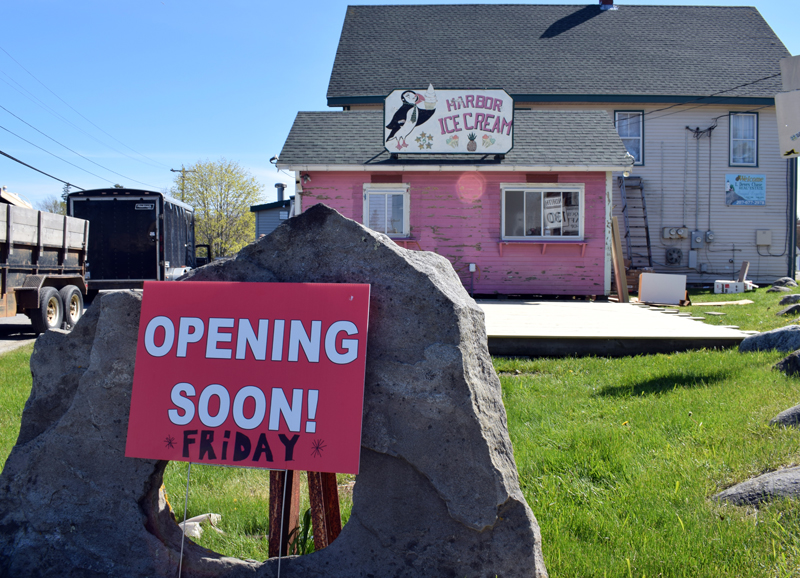 A sign announces that Harbor Ice Cream in New Harbor will open Friday, May 22. The stand is undergoing some improvements in the meantime, which will include a paint job. (Evan Houk photo)

“It was sort of one of those fun things. We just asked to see if they’d be willing to do it, and they were,” Heather Leeman said.

The Leemans will revamp the menu with the addition of several new ice cream flavors, as well as the Skipper Sandwich, an ice cream sandwich for which customers can choose any flavor of ice cream to wedge between two homemade chocolate chip cookies.

In keeping with the nautical theme, Harbor Ice Cream will also feature The Dory, the stand’s banana split.

Heather Leeman said that other than giving the building a face-lift and adding a few new menu items, she and her daughter plan to maintain business as usual at the popular stand.

“We don’t want to reinvent the wheel,” she said. “It has been a great thing for a long time. There’s not much need to change it.”

“Really the heart and soul of what it is, we’re going to maintain. Bea created something wonderful for this town a long time ago and we just want to make sure to carry on her traditions. That means a lot to us,” Heather Leeman said.

Harbor Ice Cream will be open from 11:30 a.m. to 8 p.m. seven days a week. The stand will stay open at least through the Oct. 9-12 holiday weekend, Heather Leeman said.