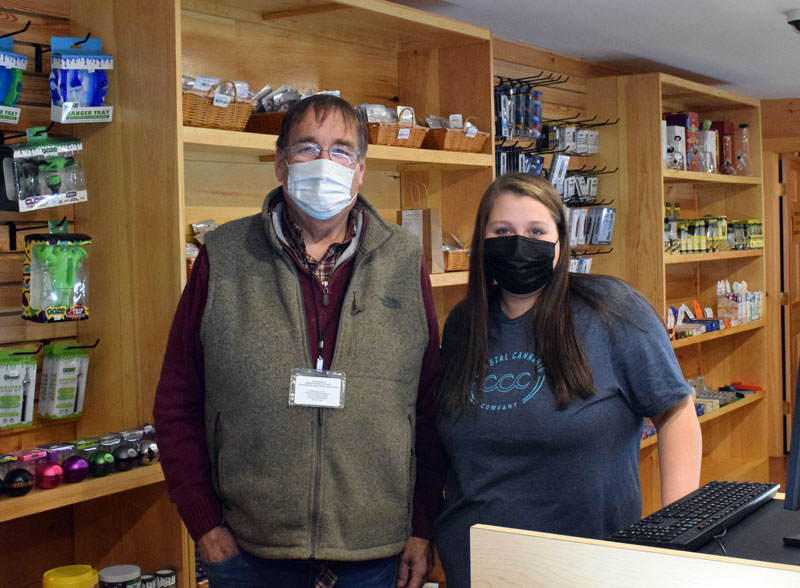 David “Big Dave” Page, co-owner of the storefront at 53A Chapman St., said business was steady in the first week, but he is looking forward to next summer’s tourist season for a sales boost.

“I can’t imagine next summer, when all the tourists hit, the people that are coming from states where it’s not legal and they can come into a store like this with an ID and buy whatever they want,” Page said.

The business is cash-only but has an ATM on-site. Anyone 21 or older can legally purchase and possess THC-containing cannabis products under Maine law. Cannabis remains illegal, with no recognized medicinal value, at the federal level. 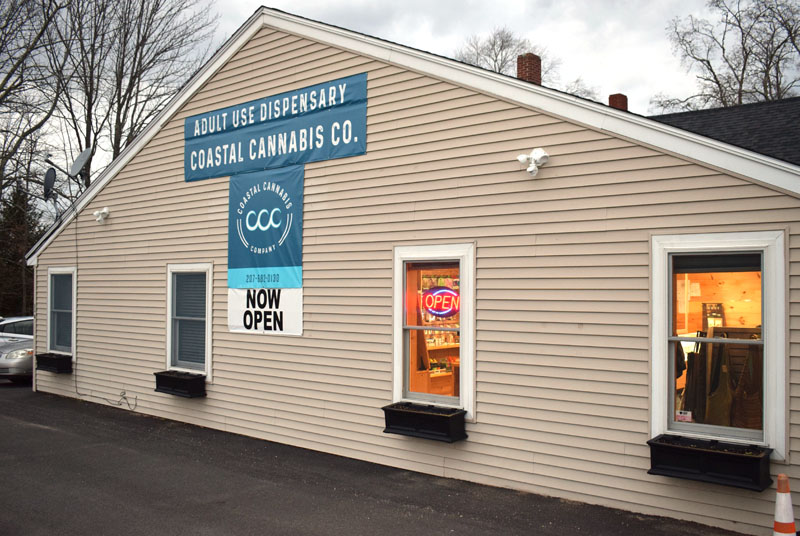 THC is the psychoactive compound in cannabis, or marijuana, which makes a user feel “high.”

Coastal Cannabis is behind Hilltop Stop, where Page used to operate a convenience store, Big Dave’s.

He also operated stores where Mike’s Place is in Newcastle and where the Nobleboro Village Store is before settling into his current location.

Page lives in the house attached to his storefront at 53A Chapman St. He has lived in Damariscotta his whole life and is a fifth-generation Mainer.

“My family owned a business called Page’s Marble and Granite Works on Main Street for about 100 years,” he said. 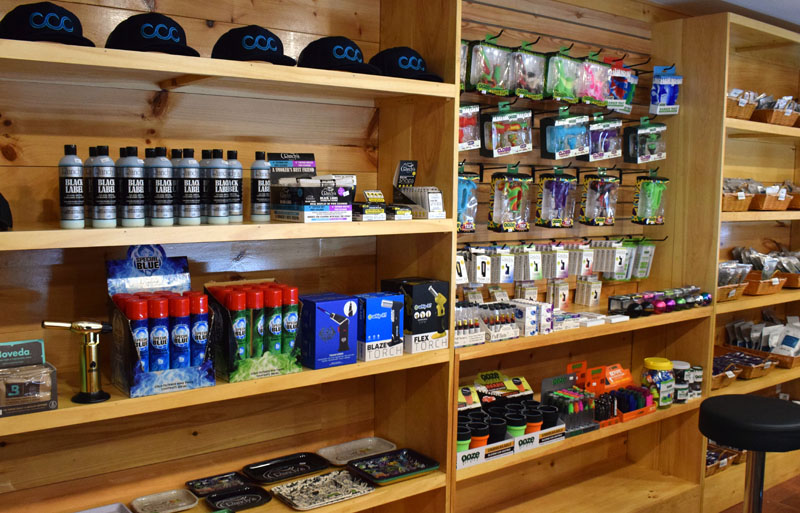 In addition to recreational cannabis products, Coastal Cannabis Co. LLC sells smoking accessories and apparel. The store is the first of its kind in Lincoln County. (Evan Houk photo)

Coastal Cannabis was approved by Damariscotta’s planning board and selectmen through a process guided by an ordinance adopted by voters last November.

“I have a real good history with the town. They knew how I ran a business. They knew I was the real deal. So the licensing part went very smoothly,” Page said.

Coastal Cannabis was granted final approval by the Damariscotta selectmen in July, but Page could not open until last week because of a delay in state permitting and a dearth of product.

Maine’s first recreational stores were allowed to open Oct. 9, Coastal Cannabis being one of them.

Because of the massive demand for recreational cannabis products and the lack of supply in Maine, the store does not yet have edibles available, Page said, but he hopes to have some in by Friday, Nov. 20.

Page said that after first getting a medical marijuana card from the state, he became a caregiver in 2009, along with his wife, Brenda Jones. He retired from that business a few years ago. 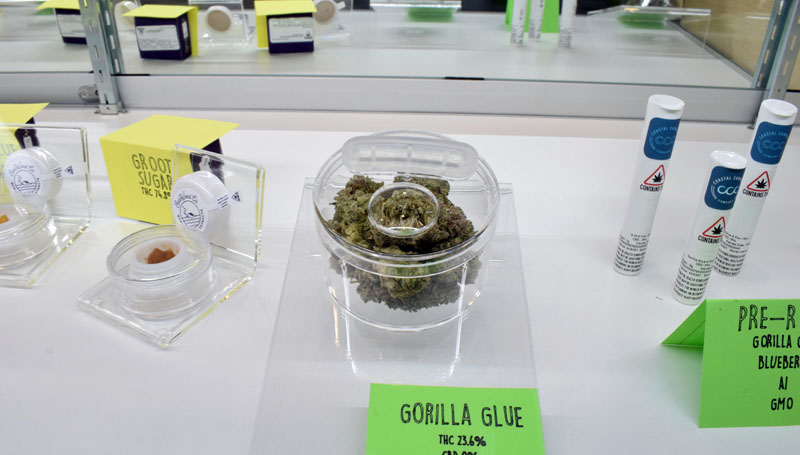 Coastal Cannabis Co. LLC in Damariscotta sells cannabis concentrates, flower, and joints to anyone 21 or older. The business is the first recreational cannabis shop to open in Lincoln County. (Evan Houk photo)

Page said the opportunity to run a recreational shop “just came along” and he took it up. The plan is for his business partner, Evan Morrison, to buy him out after about five years.

Morrison operates a grow facility in Somerville that supplies the store.

Page has played drums in a band with his brother, the Jazz Babies, since the 1970s.

Page said he was christened “Big Dave” by Muddy Waters, who was famous for giving nicknames, after Waters saw him playing drums at the Red Barn in Monroe.

“He called me ‘the big man with the big beat,’” Page said.