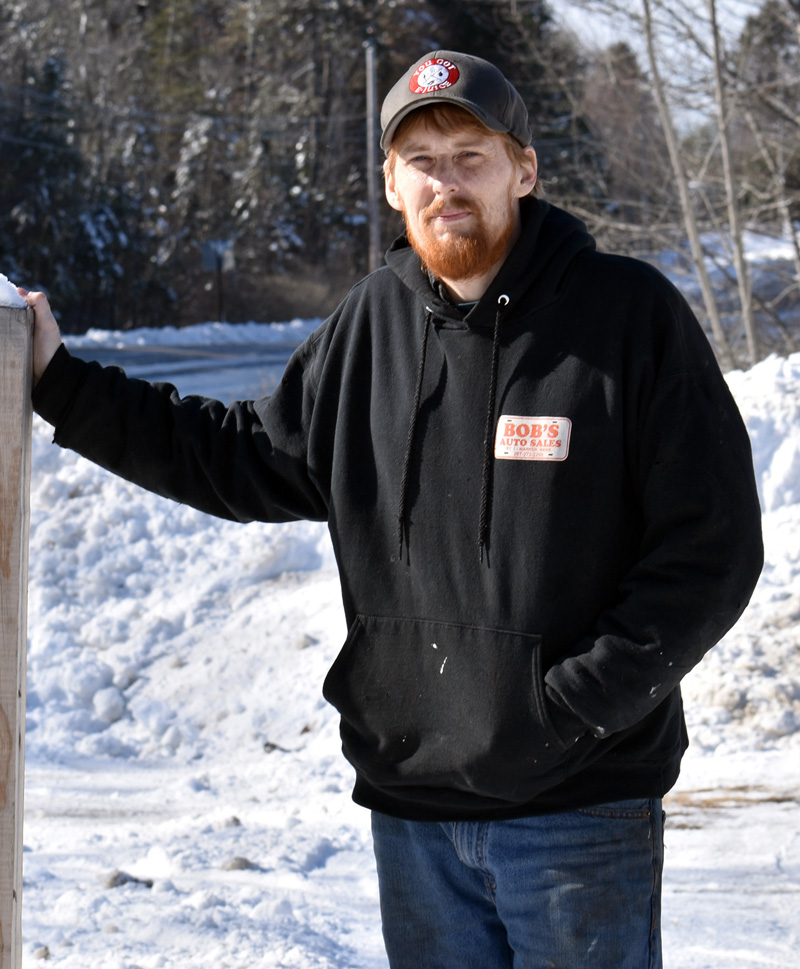 A first-time business owner is preparing to open a new business, Mid Coast Vape Shop, on Route 1 in Waldoboro.

Robert Emery, a Warren resident who was born and raised in Rockport, is hoping to open his new business, the first of its kind in Waldoboro, by mid-March.

The new business will be located at 760 Atlantic Highway, the former location of Allied Tool and Fastener and Studio 3 Wicked Fitness.

Emery said the commercial structure fits perfectly with his plans for a vape shop. He purchased the property in December 2017.

“I was driving by one day and noticed the ‘for sale’ sign and it just felt right. This has been a three-year dream of mine. It was in a perfect spot and a perfect area,” Emery said.

Vaping entails the process of inhaling flavor and nicotine using electronic cigarettes or vaping devices called vape pens or a vape mod, all of which use a small heating element to vaporize liquid and nicotine.

Emery said the devices are powered by lithium ion batteries. The mod’s tank, called an atomizer, is filled with e-juice or e-liquid, which gives the vapor its flavor.

Emery said the vape mods heat up a coil in the atomizer, which is made out of resistance wire, the same material used in heating elements. The vape cotton or vape wick, organic cotton which absorbs the vape juice, then heats up to create vapor.

There are thousands of flavors available for vaping devices, according to Emery.

Without competing stores in the Midcoast, Emery believes his new business will be a success.

“I think it will be successful. It would be different if there were two or three shops locally. I feel it’s a great opportunity,” Emery said.

Emery said the closest vape shop to the region is in Brunswick.

“I would have to drive a minimum of 45 minutes to Bangor, Brunswick, or Portland to get supplies. I wanted an area in the Midcoast to get my stuff,” Emery said.

Emery said his store’s inventory will differ from the devices available at area gas stations and smoke shops.

“You are not going to see what we have at a convenience store or gas station. The vape pens at a gas station have a tiny coil and not a lot of vapor. What we have is a lot higher-powered, a huge step up from that,” Emery said.

Emery said that over the course of the last few years, the vaping industry has grown in popularity, offering smokers an alternative to traditional cigarettes. 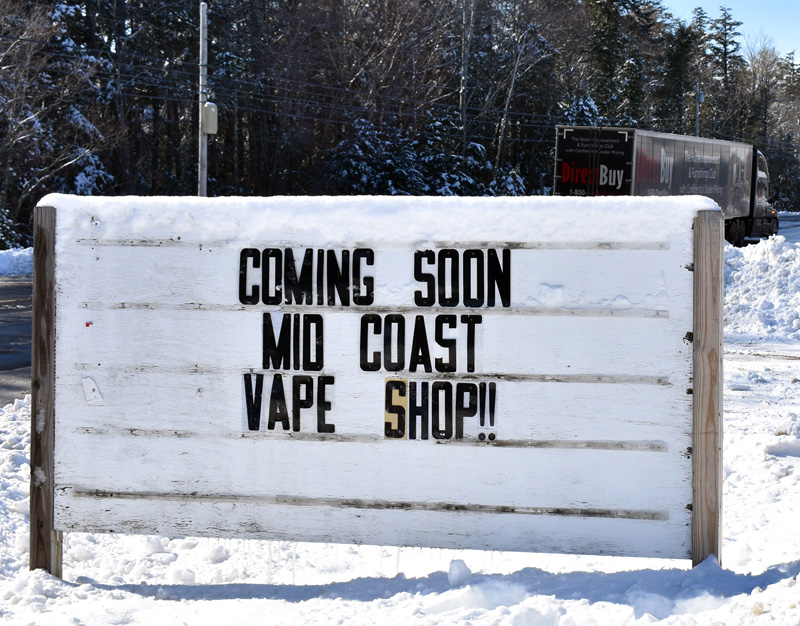 A sign announces the impending arrival of the Mid Coast Vape Shop on Route 1 in Waldoboro. Robert Emery, of Warren, hopes to open his new business by the end of March. (Alexander Violo photo)

Emery said that, as is the case with traditional tobacco products, customers will need to be 18 to visit the shop. He must have a retail tobacco license as, under U.S. Food and Drug Administration guidelines, any product with nicotine in it is considered a tobacco substance.

The inside of the store will feature a juice bar, where customers can sample different flavors, and a juice wall, featuring all the varieties on sale at the Waldoboro location.

Emery said he has started ordering inventory for the store and hopes to set up the customer area as a lounge space complete with couches, televisions, and Xbox.

“I’m looking to set up a comfortable lounge atmosphere where people can come in, relax, and explore the different juice flavors,” Emery said.

Emery said both the juice bar and juice wall are features he wants his store to showcase.

“What I want to be known for is having the biggest selection of juice. I want to be able to suit the needs of every vaper,” Emery said.

Emery said he hopes to host regular gatherings and competitions at his store, indicating that other stores host about one a year.

“It brings together a lot of people. It’s an awesome community,” he said.

Emery said initially he will operate the store on his own, but he will hire help as needed.

“I have a feeling this place will take off and I will need to hire some employees. I can’t do it all on my own,” he said.

Emery said that in the coming weeks he will focus on the interior of the store, ripping up the existing flooring and putting in new material, and continuing renovations he started almost immediately after purchasing the location.

“I started working right after I bought it. The walls were in hard shape and it needed some TLC,” he said.