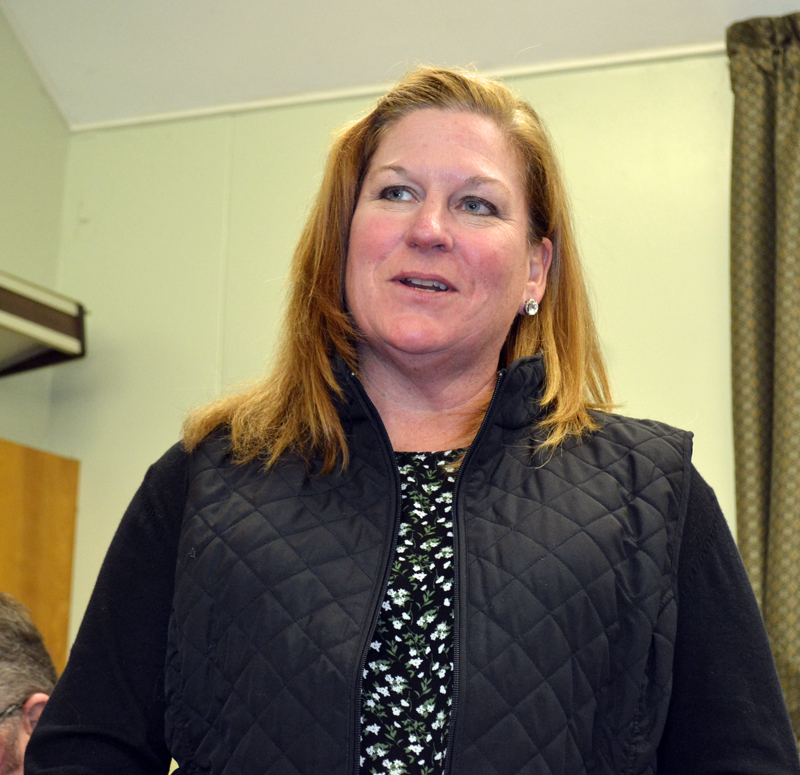 Lisa Thompson was named the new director of the Wiscasset Parks and Recreation Department during a Wiscasset Board of Selectmen meeting Tuesday, June 6. (Abigail Adams photo)

Wiscasset Community Center’s former programs director will return to the center as its new leader.

Lisa Thompson, the current senior recreation manager for South Portland, will begin her new position as director of the Wiscasset Parks and Recreation Department on July 10.

“I worked here before and I loved it,” Thompson said. “Wiscasset is a great community and it’s a beautiful facility. I saw the opportunity to come back and I’m ready for the role.”

Thompson said she is happy about the confidence the Wiscasset Board of Selectmen and members of the interview committee have in her.

Thompson worked for the Wiscasset Community Center from 1999-2002, taking former Wiscasset Parks and Recreation Director Todd Souza’s place as programs director when he was promoted, she said.

In her previous work with the community center, Thompson helped institute many programs still in operation, Town Manager Marian Anderson said, such as After School Adventures.

“I’m really excited to be returning to Wiscasset,” Thompson said. “It feels like my second home.”