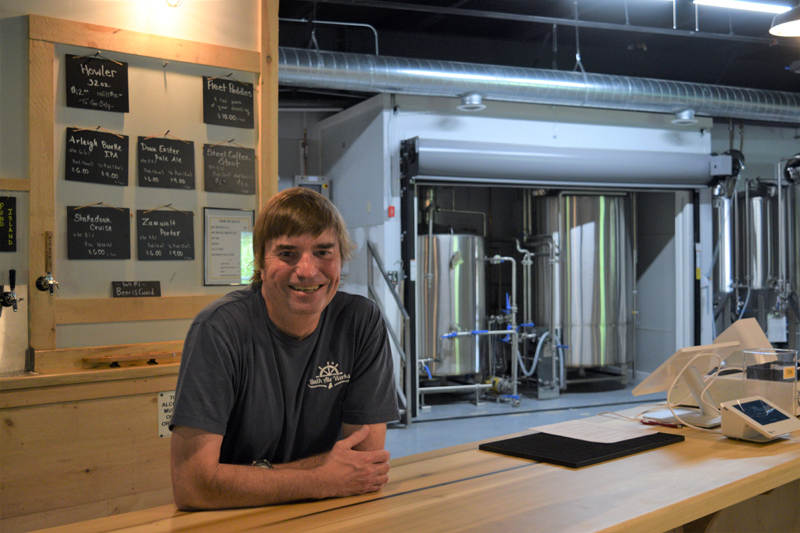 Bath Ale Works’ primary owner and head brewer Pepper Powers at the bar in his taproom in the Wiscasset Marketplace on June 17. Powers opened the brewery in Wiscasset over Memorial Day weekend. (Nate Poole photo)

Maine is home to 155 breweries, and over Memorial Day weekend, Wiscasset gained its first in Bath Ale Works.

Owner and head brewer Pepper Powers spent nearly 30 years working communications as a NASA contractor at the Goddard Space Center in Maryland before he became a full-time brewer.

Walking into the Powers’ taproom at the Wiscasset Marketplace, it’s not hard to imagine why brewing might have seemed appealing to a scientific mind. With an open interior, the industrial tanks and pipes that compose the brewery could be confused with the engine of a spacecraft by the uninitiated.

Powers’ started brewing recreationally in 1993, but he didn’t consider it as a possible business venture for more than two decades.

“Every serious home brewer, in the back of their head, has that idea, you know, ‘I could probably do this professionally. I make pretty good beer, everybody likes it,’ but (they’re) never ever really ready to take that serious step,” Powers said.

That was until 2015, when Powers’ son, Phillip, emailed him one day out of the blue to tell him that Bath Ale Works and Bath Lager Works were both names that were available for breweries in Maine.

Powers didn’t take his son seriously at first, but then the name started to grow on him. Tired of his desk job that had become stale and eager for something new, he decided to take a chance and started looking for properties in 2016.

After an attempt to design his own space with a commercial developer in Bath that ultimately fell through, Powers and his wife Jean, who owns a minority stake in the business with their son, found their current space in the Wiscasset Marketplace. 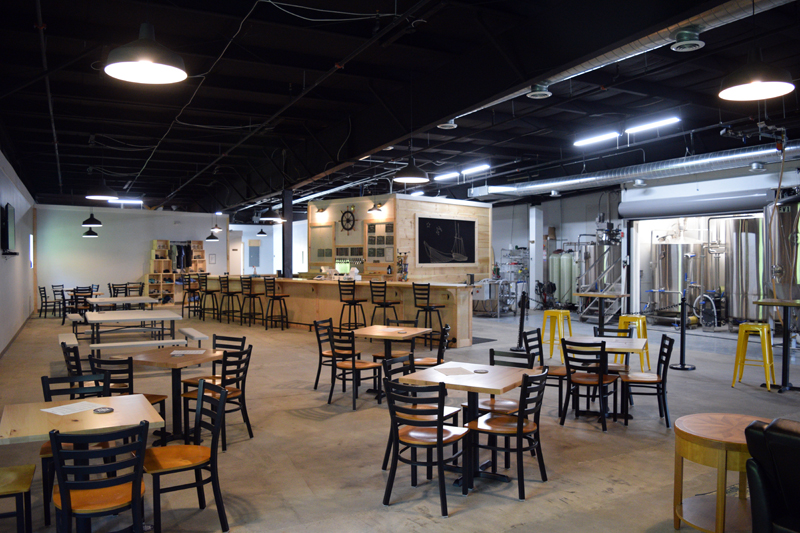 Powers said that the landlord of the property was eager for a restaurant or pub to fill the space, and put in almost $100,000 into the building for windows, heating, ventilation, and air-conditioning systems, and a sloped floor with a drain in the brewery to incentivize the new business owners.

Bath Ale Works held a soft opening for the community of people who had supported the business during its development on May 27, and a regular opening through the following Memorial Day weekend. Open now for just over two weeks, Powers said that the brewery already has a number of regulars

“Every week has been better than the week before and people are learning where we are,” Powers said.

As a brewer, Powers has already encountered a number of pleasant surprises as he has experimented with new recipes. He has a passion for historical British and continental ales, which stand out from hoppy India pale ales found in many American breweries, but he plans to expand the list of beers on tap into other kinds of craft beers like double, West Coast, and New England IPAs, as well as sours.

Being a Maine brewer, Powers sources much of his ingredients from local growers such as Blue Ox Malthouse in Lisbon Falls and Maine Malt House in Mapleton.

In terms of customers’ responses to his beers, Powers had planned on the Down Easter Pale Ale becoming Bath Ale Works’ flagship, but it has actually been the Zumwalt Porter and the Shakedown Cruise Ale that have taken off with customers.

“Even people who say that they don’t like dark beers have liked our porter a lot,” Powers said.

Powers was even more surprised to see the Shakedown become a hit, as Powers had been trying to brew the Down Easter, standard British pale ale, but instead produced an 8.1% alcohol by volume accident.

After an 18-hour day of cleaning and prepping all of the brewing equipment with the consultation of a guest brewer, Powers and crew were determined to make some beer. They worked from 6 p.m. until 2 a.m., too tired to clean the equipment once they’d finished. What emerged from that marathon turned out to be something unprecedented for Bath Ale Works.

“(A) 5.5% pale ale turned into an 8.1% double pale ale, if you want to call it something,” Powers said. “We went ahead and ran with it; let it condition, and it’s turned into liquid gold.” 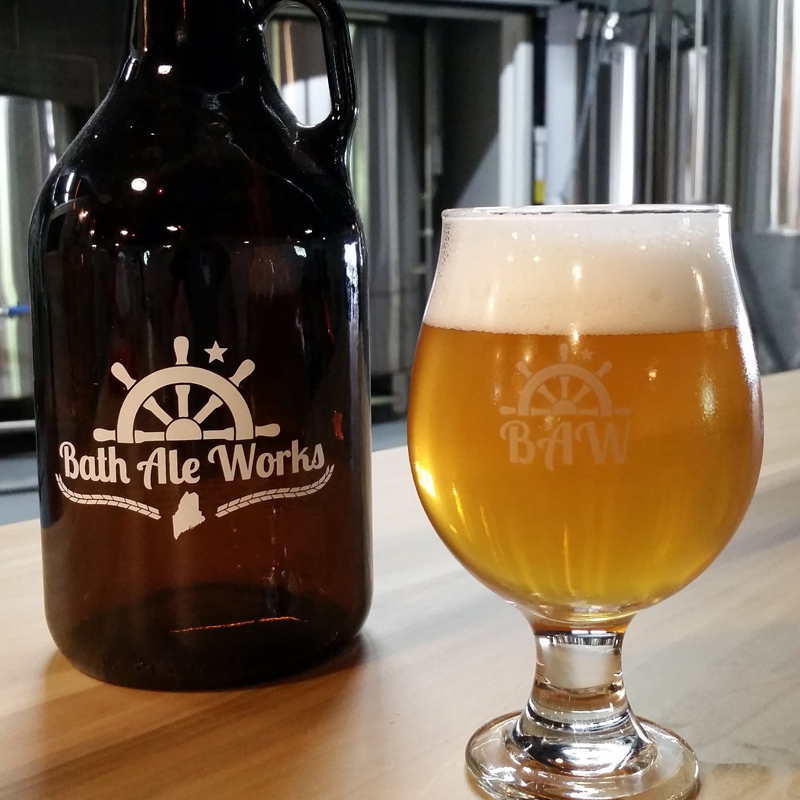 He said that the Shakedown has become a customer favorite, and while the menu ominously declares that “when it’s gone, it’s gone,” Powers says that its unaccountable popularity demands that they take a shot at reproducing it.

Always tweaking his tap list, Powers added two new beers last weekend, Pond Island Light, a blonde ale, and Red Right Return, a rye ale. Within the next few weeks the brewery will be adding the Coastal Fog Hefeweizen, a German wheat beer, as well, which Powers said should come out with a banana and clove flavor and aroma.

Powers, a self-professed “pale ale guy,” said his personal favorite beer on tap is the Down Easter, the traditional British pale ale that he had been attempting to make when he made the Shakedown.

The taproom itself is very large and features a large central bar and lots of tables with space in between for patrons to spread out. The space also features a play area for kids, a game shelf, and a lounge area with couches.

The brewery opened its new outdoor area behind the brewery Thursday, June 17 for a cornhole tournament. Bath Ale Works also cooperates with a number of food trucks and will next host a pizza truck called Cruise and Slice on Friday, July 2, followed by Uncle Sean’s Fish and Chips on Saturday and Sunday, July 3 and 4.

Bath Ale Works is currently open from noon to 8 p.m., Thursday through Monday, though Powers said that he would consider expanding the hours until 9 p.m. through the summer depending on demand.

Updates can be found on Bath Ale Works’ Instagram and Facebook. For more information, go to bathaleworks.com.