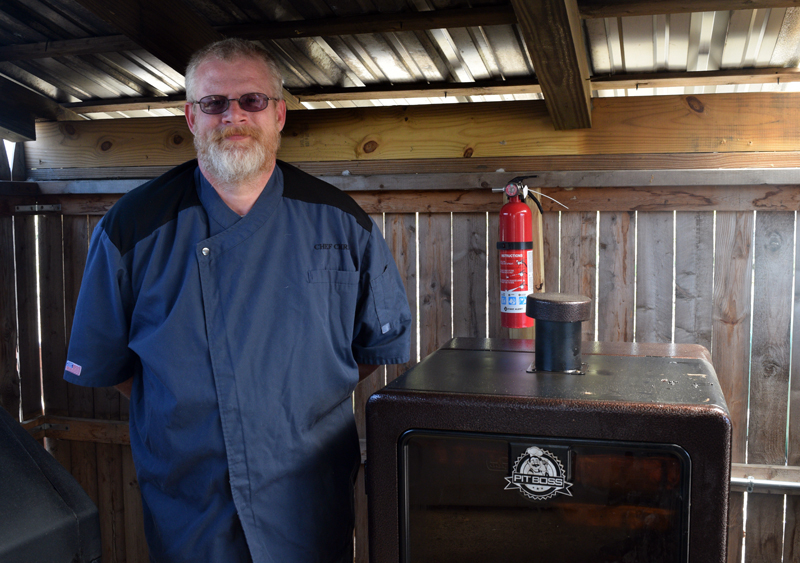 Christian “Chris” Grant, owner of Gator’s Deep South BBQ in Damariscotta, stands in his chef’s jacket next to one of the smokers at the 603 Main St. location. The eatery is open every day from 11 a.m. to 8 p.m. (Evan Houk photo)

Christian “Chris” Grant grew up in Florida and started making his own barbecue sauce when he was young, before he even started cooking the food.

“I worked the opposite way,” Grant said. “I started making barbecue sauce young and then started doing the barbecues.”

Grant is the owner of Gator’s Deep South BBQ, which opened last week at 603 Main St. in Damariscotta, the spot formerly occupied by Mr. Ribs. It is open every day from 11 a.m. to 8 p.m.

All lunch dishes come with a side of fried tater tots, but can be substituted for coleslaw, Grant said. For dinner, there are sides of baked beans or vegetables. 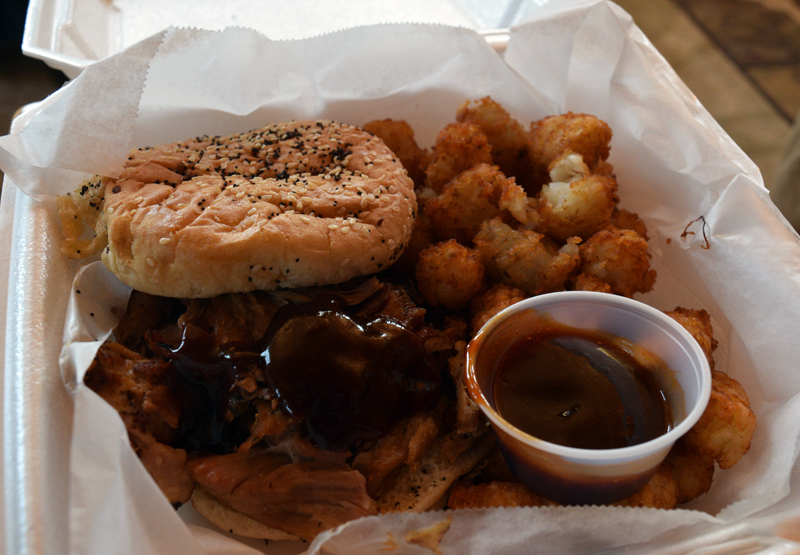 An order of a pulled pork sandwich with a side of tater tots from Gators Deep South BBQ in Damariscotta. Owner Christian “Chris” Grant prefers to use a dry rub for his barbecue and serve his homemade barbecue sauce on the side. (Evan Houk photo)

The simple but tasty barbecue sauce is the secret ingredient at Gator’s.

“Everybody’s like ‘you should bottle that,’” Grant said of his sauce.

Unlike many other barbecue eateries, Grant says he likes to keep it simple by only using a dry rub, rather than soaking or injecting the meat with marinades.

Customers can choose exactly how much barbecue sauce they would like to add after the fact.

The Everglades Seasoning Grant uses in his rub and his roots in LaBelle, Fla. gave him the idea for the name, “gator.”

“It just made sense to do the gator and the Deep South,” Grant said. “You can’t get much deeper than Florida.” 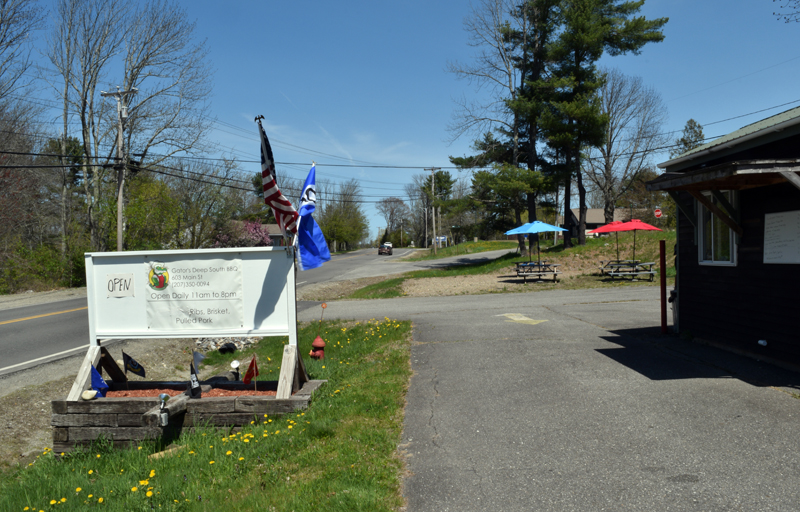 The sign outside Gator’s Deep South BBQ, a new eatery that opened in Damariscotta last week at 603 Main St. The eatery is open every day from 11 a.m. to 8 p.m. (Evan Houk photo)

Grant said he has tried many different variations of barbecue across the country. The particular southern-style he is offering in Damariscotta incorporates what he has learned.

“I’ve tasted barbecue almost all around this country,” Grant said. “So you’re getting that hodgepodge of what I’ve experienced.”

For instance, he said he only uses salt and pepper on his brisket, which is similar to Texas-style barbecue.

While he has worked as a cook for most of his life, making barbecue and mixing his own barbecue sauce has always been a fun hobby on the side for Grant.

“I’ve always been in the kitchen somehow,” he said.

A stint in the Air Force out of high school gave Grant his initial cooking training. After that, he began working as a cook in assisted living facilities and other institutions, bouncing between the North and South. 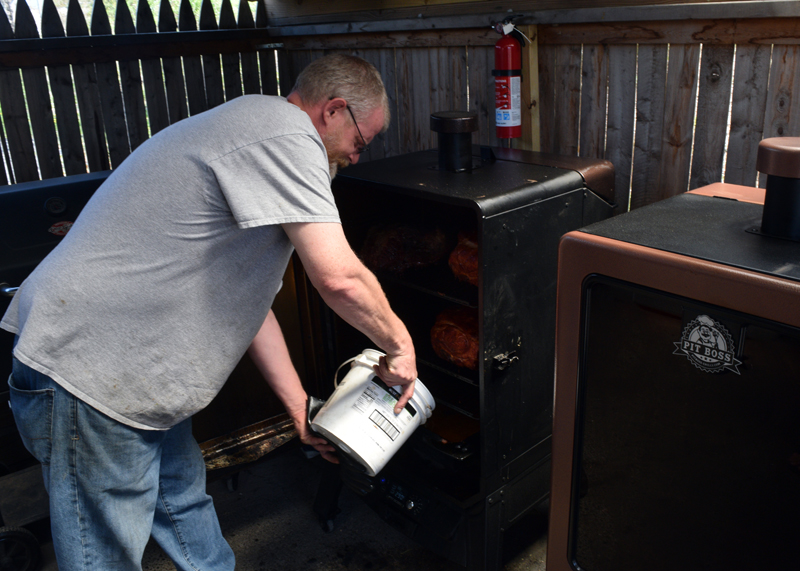 Christian “Chris” Grant, owner of Gators Deep South BBQ in Damariscotta, tends to one of his smokers at the 603 Main St. location on Friday, May 13. The eatery is open every day from 11 a.m. to 8 p.m. (Evan Houk photo)

Five years ago, Grant settled in New Harbor, an area he has always been familiar with because his grandparents live there.

Shortly after, he went to work at Hodgdon Green, an assisted living facility in Damariscotta, as a cook. That is where Grant met Elijah Curtis, the chef at Hodgdon Green who would leave in 2018 to open Mr. Ribs.

Curtis approached Grant this year about taking over the barbecue spot and Grant discussed the idea with family and friends, receiving some encouragement.

He then purchased the upper Main Street business from Curtis, opening his first food venture.

“I decided to go for it,” Grant said.