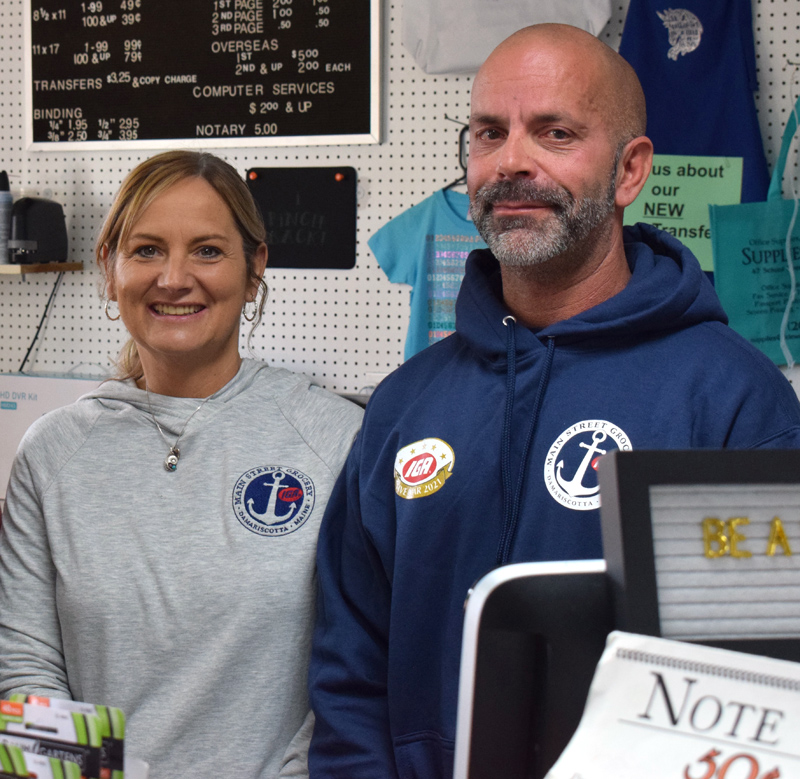 Husband-and-wife business owners Jane Oliver-Gravel and Gary Gravel will be selling Main Street Grocery to Greg Snyder, of Sidney, who purchased Hilltop Stop from the couple in January.

This transition will become official on Jan. 17, and it will mark the final business the Gravels off-loaded in the last year. In addition to selling Hilltop Stop, the couple sold Supplies Unlimited to Oliver-Gravel’s daughter, Stephanie Reichard, in October.

The Gravels dedicated the last 12 years to buying and flipping properties and businesses. In addition to those previously mentioned, the Gravels owned Hilltop Stop in Waldoboro, the Newcastle Redemption Center, Oliver’s Print Shop, and The Penalty Box.

Gary Gravel said that all of the deals were part of their plan to enter semi-retirement and spend more time at the couple’s second home in Florida. The Gravels also operated up to 17 rental properties, which they have whittled down to three.

“This is our seventh business that we’ve bought, fixed up, and resold,” Gravel said.

In other words, the Gravels kept themselves busy for over a decade, and they are ready to dedicate more time to their family and their own well-being.

Gary Gravel moved to Damariscotta and met Oliver-Gravel 21 years ago. Gravel was a McDonald’s manager responsible for turning underperforming establishments into model storefronts and Oliver-Gravel was the homegrown owner and operator of Supplies Unlimited.

Oliver-Gravel first encountered Gravel at the Damariscotta McDonalds’ drive-thru and she was so smitten that she drove through twice. She did not know it yet, but the feeling was mutual.

“The day she came through, I asked one of the shift managers that worked for me who that was. She told me and I said, ‘Well, there’s my future wife, she doesn’t even know it yet’,” Gravel said.

Three years later the couple was married. With Gravel’s franchise-flipping experience and Oliver-Gravel’s community knowledge and business know-how, they became an entrepreneurial duo to be reckoned with. 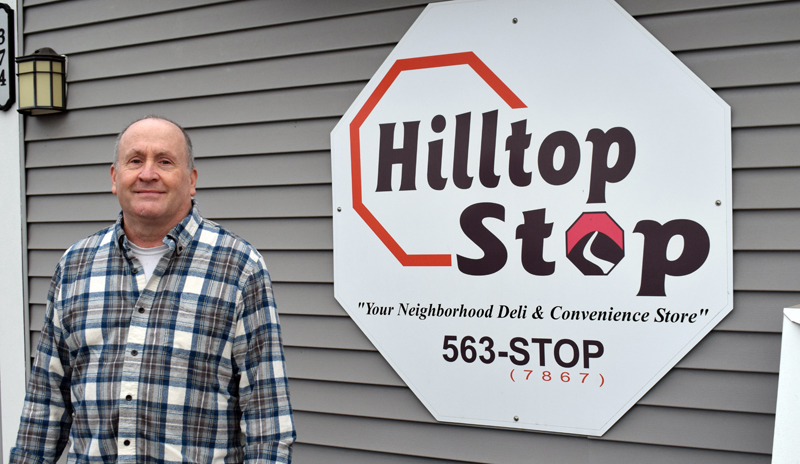 Greg Snyder purchased Damariscotta’s Hilltop Stop from the Gravels in January, and he will take over ownership of Main Street Grocery on Jan. 17. (LCN file photo)

Asked why they decided to pursue flipping houses and businesses, both Gravels said they enjoy the challenge. Most of the businesses they bought were at a point where they were struggling, and they turned each establishment into a healthy, profitable business.

“It’s the challenge; I like the challenge of it. That’s really what does it for me; I like to know that I can go in and I’m going to try and make it better,” Oliver-Gravel said.

That was the case with Main Street Grocery, formerly known as Yellowfront Grocery, which they purchased as it was on the brink of closing after operating in Damariscotta for nearly a century. The Gravels decided the community would be worse without that other option for a grocery store, and so they purchased it in 2018.

Towards that end, the Gravels wanted to find a new owner who would take a community- and employee-oriented approach to running the store, and they took an offer significantly lower than the highest bid to make sure that would be the case.

“It was really important for us because the employees here have become family,” Oliver-Gravel said.

Snyder said by phone on Dec. 21 that he was very happy with the staff culture that the Gravels left behind at the Hilltop Stop and he’s already been thrilled with the employees and managers from Main Street Grocery. His goal, first and foremost, is to successfully let the house that the Gravels built flourish.

“I’m going to empower the employees. I’m going to make it their store, a community store. Jane and Gary have done an amazing job and I don’t want to screw it up,” he said.

Snyder owned and operated the Twins Country Store in Augusta for 11 years and the Hilltop Superette in Portland for two years.

The new owner said he intends to be involved in the Lincoln County community, following the same recipe for success as the prior owners. 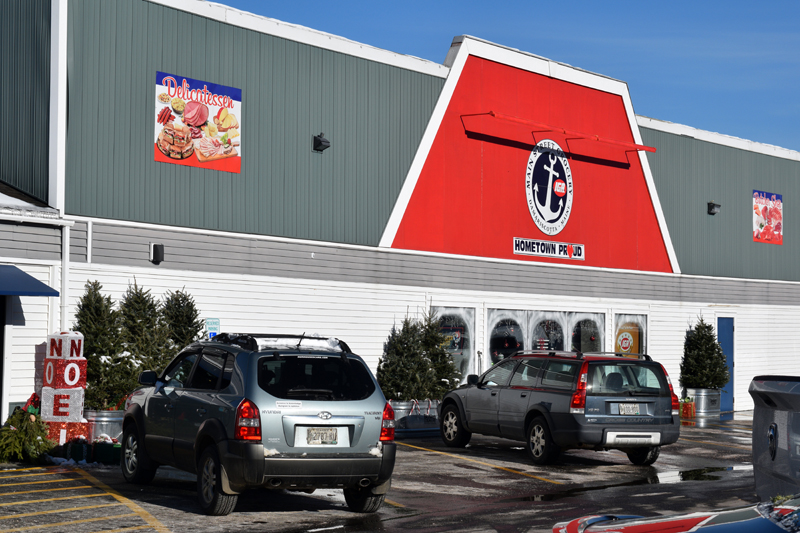 Main Street Grocery, formerly Yellowfront Grocery, has been in operation in Damariscotta for nearly a century. The Gravels purchased the store in 2018 to preserve what they consider an important resource for the community. (Nate Poole photo)

While the logistical side of running a business is necessary and part of the Gravels’ success, the owners treated being an invested community member as part and parcel to the job.

Oliver-Gravel established a small food pantry in the store’s foyer where customers can leave and take what they need. Additionally, the store partners with the Central Lincoln County YMCA for a Fill the Bus food drive twice a month all year to provide local food banks with the items and food that they need.

She is also a member of the Damariscotta-Newcastle Rotary Club, the Pumpkinfest committee, Damariscotta Chamber of Commerce, and the Special Olympics of Maine board.

With perhaps the most hectic of their business flipping days behind them, the Gravels wanted to take the opportunity to thank those that had made their successes in the last 12 years possible.

“We appreciate all the support we’ve gotten from the community on all of our ventures because without the community we would not have been able to do what we’ve done,” Gravel said.