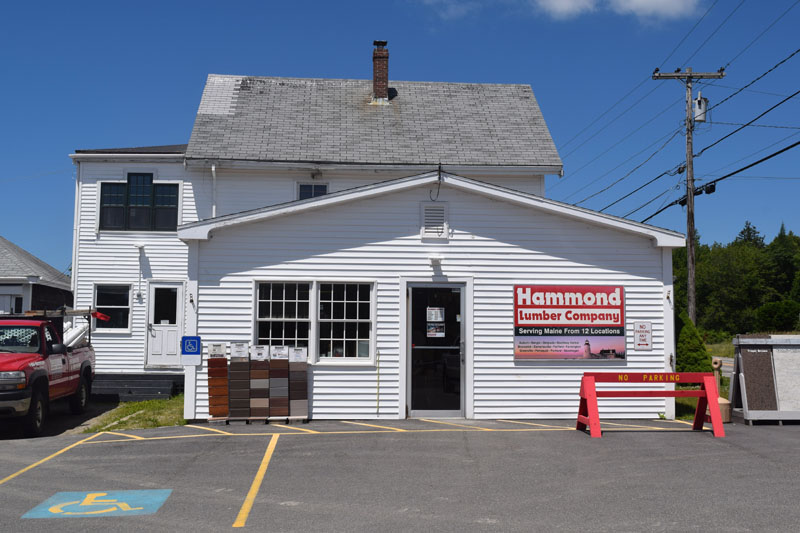 The Hammond Lumber Co. store at 2089 Bristol Road. The store will soon close and the three employees will go to work at the company’s Damariscotta location, according to a company official. (Jessica Clifford photo)

Hammond Lumber Co. will soon close its Bristol lumberyard and store and move the Bristol employees to its Damariscotta location.

The Bristol location should close within one to two weeks, according to Hammond Lumber Co. Director of Personnel Rod Wiles.

The Bristol store is at the corner of Bristol Road and Harrington Road, in the village of Pemaquid Falls.

The location has three employees. Wiles said the company decided to close the location because it was “limited as to what we could do there.”

The company believes it can serve customers better at the Damariscotta location because of its larger size. The Damariscotta store will be remodeled to have a millwork showroom, Wiles said.

All the merchandise from the Bristol location will go to the company’s Boothbay Harbor and Damariscotta locations, said Steve “Al” Feather, a manager at Hammond Lumber Co.

The company’s plans for the Pemaquid Falls property, which includes several buildings on both sides of Bristol Road, as well as frontage on the Pemaquid River, were not immediately available.

Hammond Lumber Co. is a third-generation family-owned company established in 1953.

The company announced the news about the Bristol store at the same time that it announced its acquisition of Ellsworth Builders Supply Inc. and its 10 stores. According to a company press release, the acquisition gives Hammond a total of 21 stores. It is the largest lumber and building materials company in the state.

Hammond Lumber’s Wilton store will also close, and its four employees will move to the Farmington location.