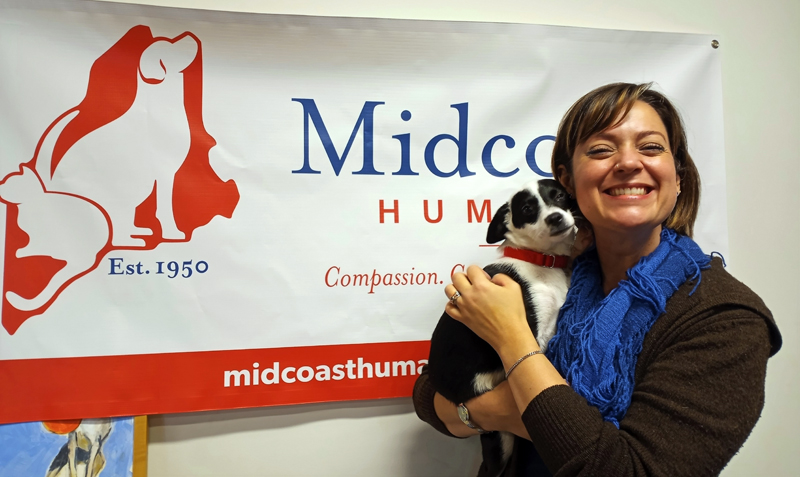 In its annual tradition of partnering with Midcoast Humane, pet supply store The Animal House in Damariscotta is collecting donations for the animal rescue and setting up a Christmas tree featuring photos of dogs and cats up for adoption.

The store has raised some $19,000 since 2014 for Midcoast Humane, according to manager Will Paul. The money goes toward food and supplies for the animals in the nonprofit’s care, as well as operations costs to keep the shelter running and rescuing pets.

People can also donate food their animals won’t eat or supplies they won’t use to The Animal House, which collects them for the Midcoast Humane campuses in Edgecomb and Brunswick.

Families thinking of adopting another pet often stop by the store and look at the small Christmas tree on the counter with photos of animals looking for a home. 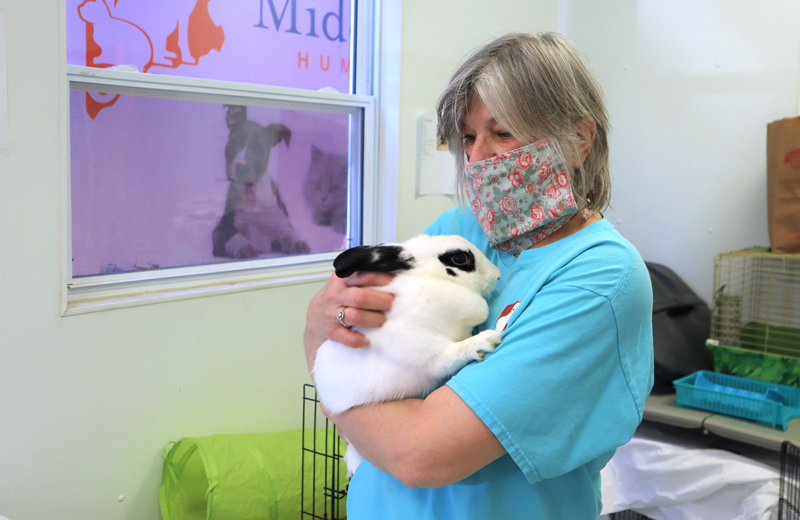 Darlene Brumick, a staff member of Midcoast Humane for 17 years, holds Bandit, a rabbit up for adoption. (Emily Hayes photo)

“The eyes really pull them in,” Paul joked.

The photos also allow people who are making a donation to see the animals they are helping.

There are 35 businesses in the Midcoast region that partner with the animal shelter to collect donations, and most of them are largely in Lincoln County, such as Louis Doe Home Center, executive director of Midcoast Humane Jess Townsend said.

But The Animal House staff came up with the idea of the Christmas tree with ornament photos of animals in the shelter. Born on the Tobique First Nation reservation in Canada, Paul said he believes everyone, including pets, have souls and emotions and are deserving of the county’s support during the holiday season.

“They are members of our families; our brothers, sisters, sons, and daughters,” Paul said. 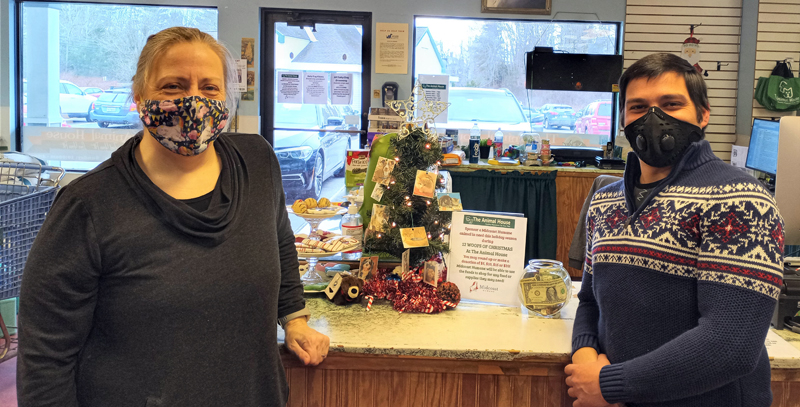 The Animal House staff member Kim Inman, left, and manager Will Paul in front of their store Christmas tree with ornaments displaying different animals up for adoption through Midcoast Maine. (Emily Hayes photo)

Throughout the year, customers can chose to sponsor a cat through The Animal House. Cats available for adoption are also on display in both the pet supply store and The Pet Center at Louis Doe Home Center, which brings visibility to Midcoast Humane and the work the organization does to find new homes for rehabilitated animals in Maine.

“A lot of people in Lincoln County have lifelong connections to the shelter,” Townsend said. They recall adopting their family dog in Brunswick as a child, or returning to the shelter in Edgecomb to adopt another cat.

Thanks to donations for funding staff members, the Edgecomb campus will soon open by appointment for Lincoln County residents interested in adopting a cat for the first time in three years. The organization will continue to bring dogs to meet interested families in outdoor locations.

Beyond providing a temporary home for animals that need one, Midcoast Humane also spays and neuters pets and provides housing for animals picked up by Lincoln County’s animal control officers. If a family has a pregnant cat and can’t care for the kittens, the shelter will take the kittens to help adopt them out and spay the mother for free.

The organization is renovating an old industrial building in Brunswick for a new shelter location that Townsend said she hopes will be open by the spring. In the New Year, the organization will accept donations online for the renovation work, which will give animals more individual space and offer vet and behavior care. 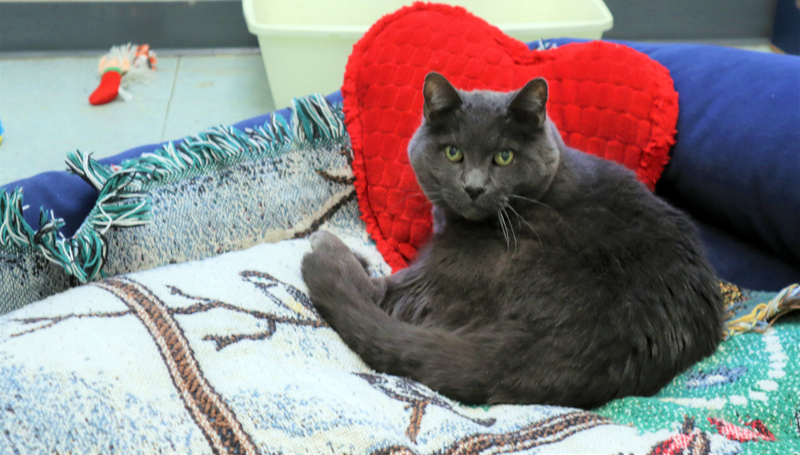 “We’re the safety net the animals need, and we make new homes,” Townsend said. “It should feel bright and happy when families walk in.”

For people who can’t donate money but want to donate time, Midcoast Humane is revitalizing its volunteer program to bring old volunteers back and encourage new volunteers to come to training sessions.

“We absolutely can’t do what we do without volunteers,” Townsend said.

And volunteers have a lot of animals to choose from to work with, from dogs and cats to chickens and guinea pigs.

The shelter is given a small amount of funding from municipalities for its animal control housing, but it relies on donations from individuals to care for all the animals it serves, Townsend said. 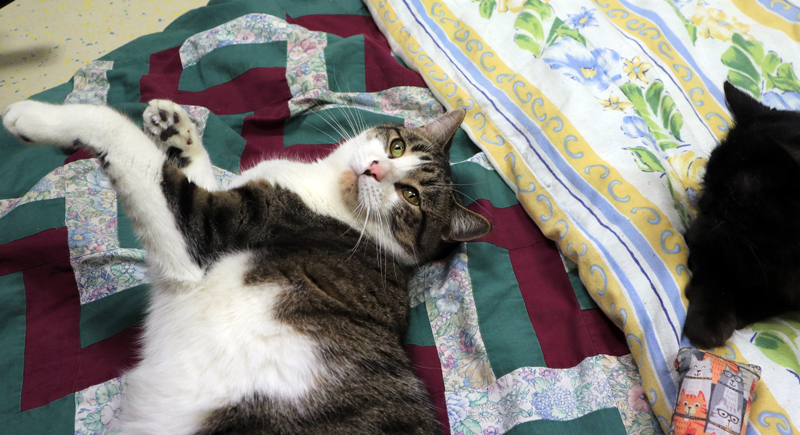 Between foster homes and the two shelter locations, Midcoast Humane is caring for 170 animals.

“It’s relatively low for us, but we are struggling to hire people to care for the animals,” Townsend said. The shelter has open positions for people to care for animals, as well as work with families to match them with the right pet.

It costs the shelter roughly $500 per animal to get them from intake to adoption, Townsend estimates.

“But people are normally super generous and kind,” Townsend said, and “donations go directly to supporting the care of the animals.”