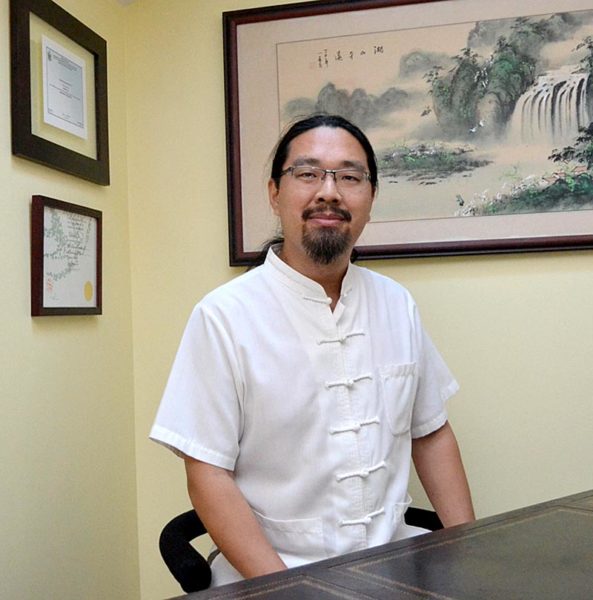 Ching Liu sits in the office of The Golden Needle Wellness, a Chinese medicine practice at 20 Bayview Road in Newcastle. Liu offers acupressure, a practice similar to acupuncture, but without the use of needles. (Maia Zewert photo)

A Newcastle man has opened a Chinese medicine practice offering acupressure to assist with chronic pain and emotional wellness.

After originally pursuing an engineering major at the California Institute of Technology, Liu realized the field was not a good fit for him.

“I was really good at it, but as I got closer to graduating, I started dreading it,” Liu said.

Liu finished three years at Caltech before deciding to become a massage therapist. He studied at the Institute of Psycho-Structural Balancing, a school founded by an acupuncturist that has a strong background in Chinese medicine, Liu said.

“While my experience at Caltech was hard work and dread, the moment I walked in the door at (the Institute of Psycho-Structural Balancing), I felt like I was home,” Liu said.

While at the Institute of Psycho-Structural Balancing, Liu realized he wanted to practice Chinese medicine. He attended Emperor’s College in Santa Monica, Calif., and received his master’s degree in traditional Oriental medicine in April 2005. The degree allowed him to become a licensed acupuncturist in California.

After founding and running a practice for a number of years, the couple wanted to move out of Los Angeles for a number of reasons, including their long commute and their desire to have more time for family, Liu said.

The couple and their daughter, Jade, moved to Newcastle, Missie’s hometown. Much like when he arrived at the Institute of Psycho-Structural Balancing, Liu said he knew this was where he belonged.

“I knew I was home when I stood next to the Damariscotta River,” Liu said.

The Golden Needle Wellness offers acupressure. Acupressure is similar to acupuncture, but no needles are used. Liu said he plans to offer acupuncture next year.

Much of Liu’s practice is based on the concept that the body and mind are connected and cannot be separated from one another. Chinese medicine helps restore balance within the body and mind, Liu said.

Liu specializes in trauma resolution, which tends to be at the root of many physical and emotional issues, he said. Acupressure can also be used to treat individuals with addiction, he said.

Liu meets with each prospective patient for a two-hour initial consultation to get a patient’s personal and health history. The two-hour appointment allows Liu to get to know the patient and learn about all concerns, both physical and emotional, he can help with.

“It’s always about the whole picture instead of just one tiny part,” Liu said. “It’s similar to a Rubik’s Cube. You can’t just take one face at a time, you need to see it as a whole.”

Some traumas can be helped within a few sessions, while others, such as addiction, could take more, Liu said.

Liu also teaches self-care techniques to his patients, which allows them to take care of themselves both mentally and physically, and sells Floracopeia essential oils.

The initial two-hour consultation costs $200 and one-hour sessions cost $100 each, Liu said. He offers a sliding scale if someone is unable to afford the full cost. 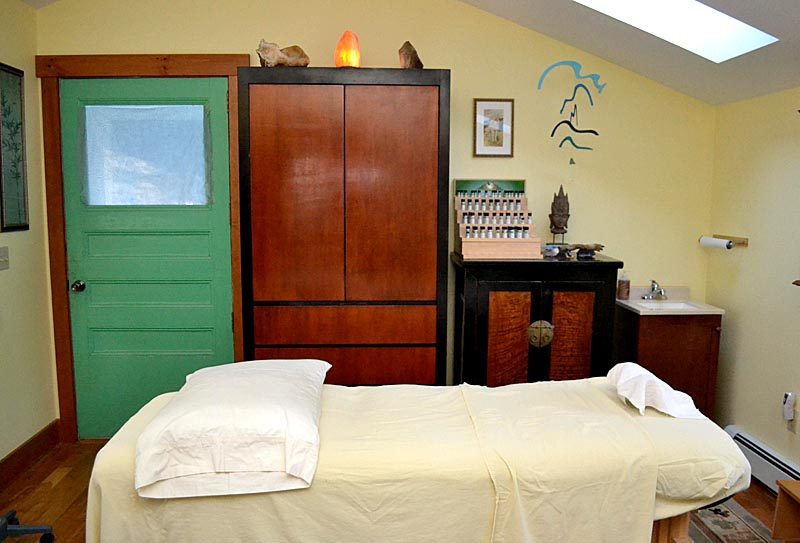