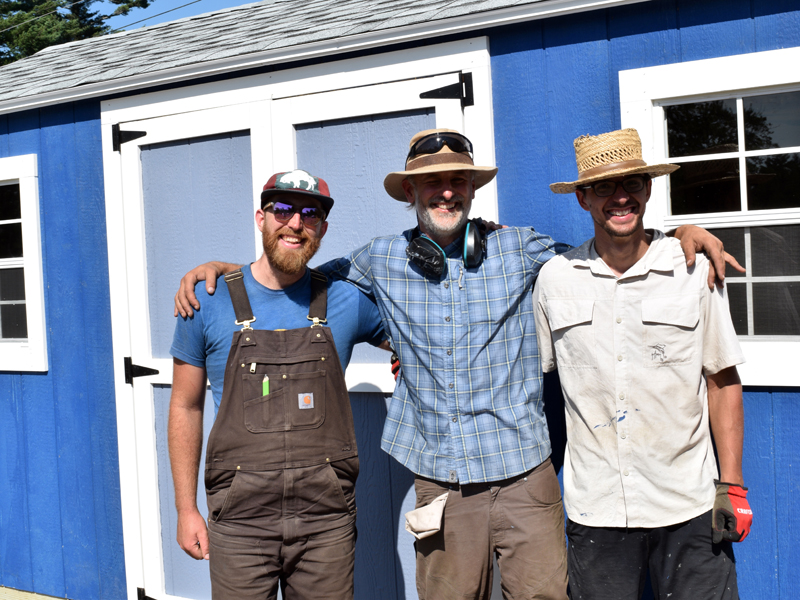 The crew of Jesse Sheds stands in front of a completed shed built on site in Jefferson on Aug. 4. From left: Nathaniel Nate Munro, owner Jesse Ferreira, and Mike Lee. (Evan Houk photo)

There are many outfits in the area that build quality sheds so Ferreira knew he needed to stand out, he said during an on-site shed-building in Jefferson.

“To stay in business in this part of Maine, the Midcoast, you’ve got to do good work,” Ferreira said.

Ferreira was born in Camden and grew up in Rhode Island. He started building sheds full time in 2020 to get back into construction and experience the freedom of working for himself and doing something fulfilling.

“I knew I wanted to build something and I didn’t want to be working on someone’s home for a long time,” Ferreira said.

In high school and college, Ferreira performed odd handyman jobs with friends and family and he continued to work installing shingle siding during summers off from teaching.

“The key thing is I absolutely love what I do,” Ferreira said. “It’s good energy.”

Jesse Sheds started out building for family and friends and the business snowballed through word-of-mouth and positive Google reviews. Now Ferreira has enough work to keep him and his crew busy year-round. 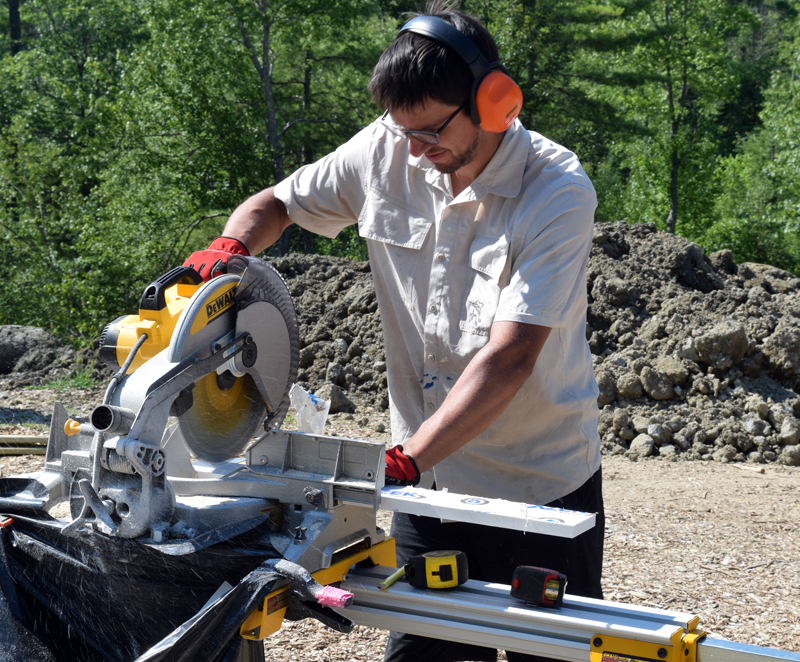 Mike Lee, a worker for the Damariscotta-based Jesse Sheds, cuts a piece of PVC to use as siding for a shed built on site in Jefferson on Aug. 4. Lee said the PVC is sturdy choice for window siding because it doesn’t have to be painted and never has to be replaced. (Evan Houk photo)

Jesse Sheds assembles the structures on-site, usually in just one day, unlike other builders who deliver them fully formed. This allows for his outfit to build sheds in less accessible locations where a fully formed structure may be undeliverable.

The three-man crew at Jesse Sheds preassembles the structure as much as much as possible ahead of time in Ferreira’s Damariscotta workshop, so the construction can be finished in one workday. 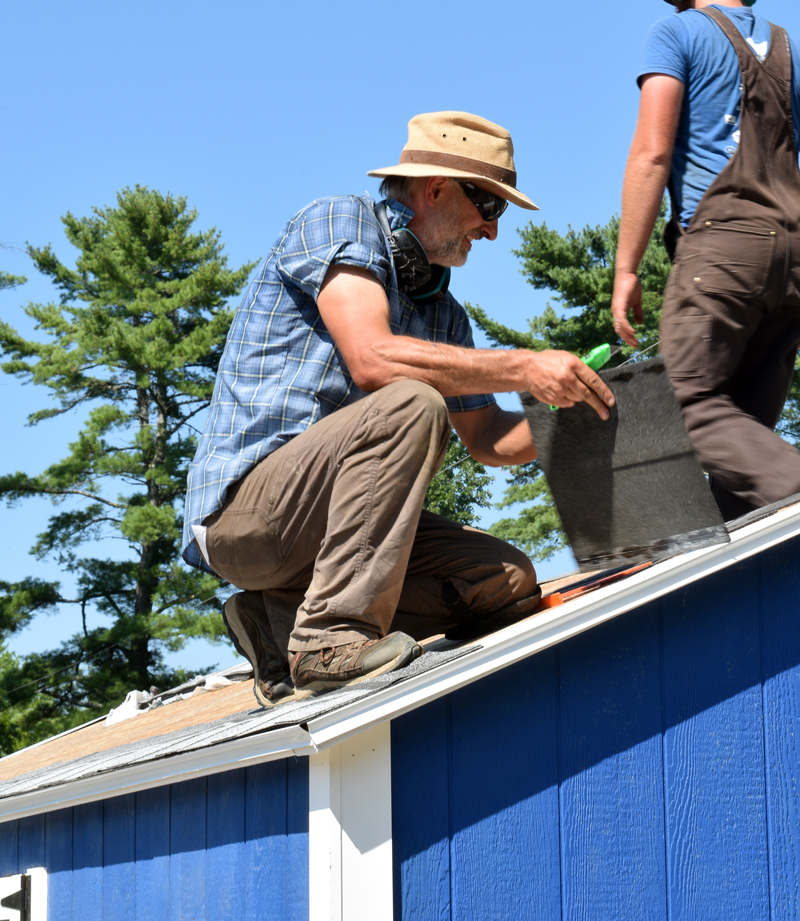 The roof components, the floor, the doors, and the trusses are assembled in the workshop and transported to the site to be fit together, Ferreira said.

The shed built in Jefferson was 8-by-16-feet and painted a bright blue color. The property owners built a new home and saw a picture of a shed on the Jesse Sheds website and simply asked for the exact same one, Ferreira said.

The sheds are completely customizable and customers can work with Ferreira on exactly what they want. He then issues a quote for the work.

“They can put the door on any wall, (put) the windows anywhere, make the doors smaller or bigger,” Ferreira said.

The sheds are sturdy and versatile and people have had them built to use as bunkhouses, workshops, chicken coops, home offices, or even an insulated tiny house, he said.

Jesse Sheds has built close to 130 sheds all over Maine so far.

“For me, I love the freedom,” Ferreira said. “We build all over the state and I work with friends, and we play our Spotify mix.”

He noted how appreciative customers are of the quality craftsmanship and functionality of the structures.

“If you’ve ever served ice cream, everyone in line is usually happy when they get the ice cream,” Ferreira said. “Sheds are kind of the same way, something everybody would appreciate in their yard.”

Ferreira said he has always enjoyed working with his hands and building something from start to finish.

“At the end, you build something that’s complete from the ground up,” Ferreira said.

His crew has developed a system that has allowed them to get more efficient and tighter in the construction, but Ferreira noted that there are still steps in carpentry where one cannot rush it. For precision measurements and cuts, and making sure things are plum and level when fit together, special attention must be paid.

“There’s things that keep you in check. Life’s kind of like that,” Ferreira said.