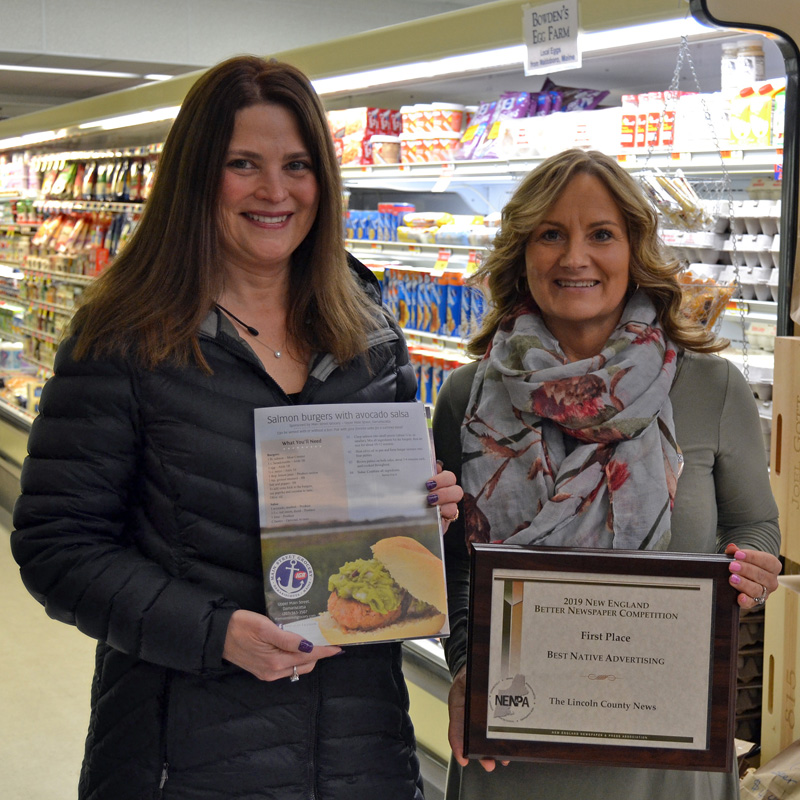 The awards were presented during the annual New England Newspaper Convention, which took place at the Renaissance Boston Waterfront Hotel on Friday and Saturday, Feb. 7 and 8.

“We’re very proud of the continued creative evolution of Lincoln County Magazine and engagement with our local schools,” said Maia Zewert, marketing and engagement coordinator for LCN. “To see these efforts recognized by the New England Newspaper and Press Association is incredible.”

The Lincoln County News took first place in the native advertising category for a featured recipe page in Lincoln County Magazine. Main Street Grocery, of Damariscotta, sponsored the page in 2019. Judges praised the design of the page and called it a “great breakout concept.”

The GSB Students Investigate program, a collaboration with Great Salt Bay Community School, took second place in the community/audience involvement category. Judges said the program, which involves students researching and writing their own articles to appear in The Lincoln County News, is an “excellent way to attract young students, their families, and all that know them.”

The New England Newspaper and Press Association is the professional trade organization for newspapers in Connecticut, Maine, Massachusetts, New Hampshire, Rhode Island, and Vermont. The association represents and serves more than 450 daily, weekly, and specialty newspapers throughout the region.

The late Samuel E. “Sam” Roberts, publisher of The Lincoln County News from 1966-1992, served as the organization’s president in 1986. He was inducted into the New England Press Association Hall of Fame in 2000.