Laurie McBurnie retired the week of Monday, Dec. 2 after more than 24 years with the company. Gearry Judkins will retire at the end of the month after 16 years in the print shop.

“While we are sorry to see them both depart, they have been wonderful employees, and we wish them well in retirement,” Roberts said. 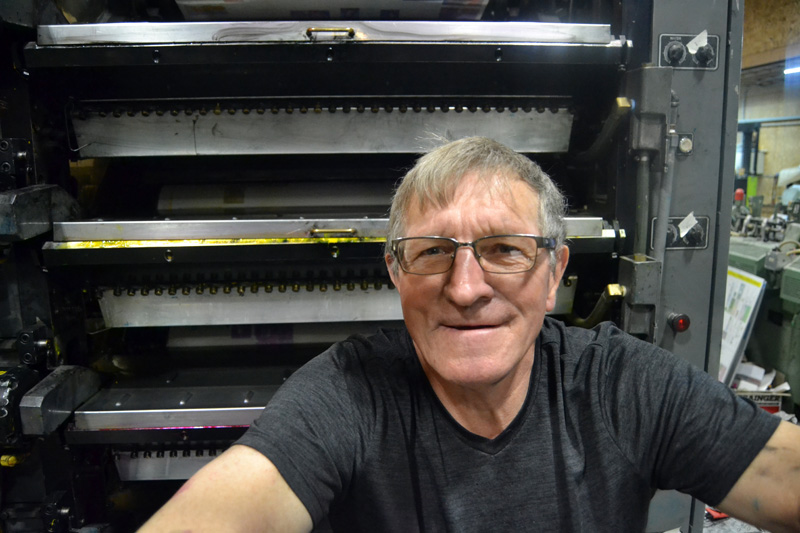 Judkins, of Newcastle, joined Lincoln County Publishing Co. as a press operator on Dec. 1, 2003. While Judkins didn’t have experience with presses at the time, he was excited to learn a new trade.

“When Chris (Roberts) asked if I had any experience with stuff like this, I said I didn’t have a clue, but I’m not scared. I show up and I work,” Judkins said.

Judkins also assisted with the production and delivery of The Lincoln County News and enjoyed interacting with the public on his route.

“You’re getting that feedback right then, and you immediately get the sense that we’re making a good product, based on reactions,” Judkins said.

LCN Editor J.W. Oliver first met Judkins when he worked in the Maine Coast Book Shop cafe during college and Judkins delivered newspapers to the bookstore.

“Everyone at the cafe looked forward to Gearry’s arrival each Wednesday, and not just because they wanted to read the newspaper,” Oliver said. “He always has a smile on his face and is friendly and kind to everyone.”

“The same is true here,” Oliver said. “Gearry is very popular among the news staff and not just because he shares his homemade cheesecake from time to time. They just like to talk to him.”

Judkins has enjoyed the camaraderie with his co-workers, he said.

“We’re a team, and we’re willing to drop what we’re doing to help get a job done,” Judkins said. “And we all have a work life and our away-from-work life, and sometimes part of the job is being there to try and help and empathize with someone as they go through some personal dilemmas.”

As a man of faith, Judkins said he felt called to do something else in the new year. He and his wife, Tammy, have been members of the Boothbay Harbor Methodist Church for close to 35 years.

Judkins enjoys the outdoors and plans to spend more time there in retirement. He also would also like to do more volunteer work.

Over his time at Lincoln County Publishing, Judkins said, one of the biggest things he has learned is that it’s always possible to focus on the good.

“There are always going to be bad days, but as long as you try to ride it out and try to make them better, it’s all going to work out,” he said. 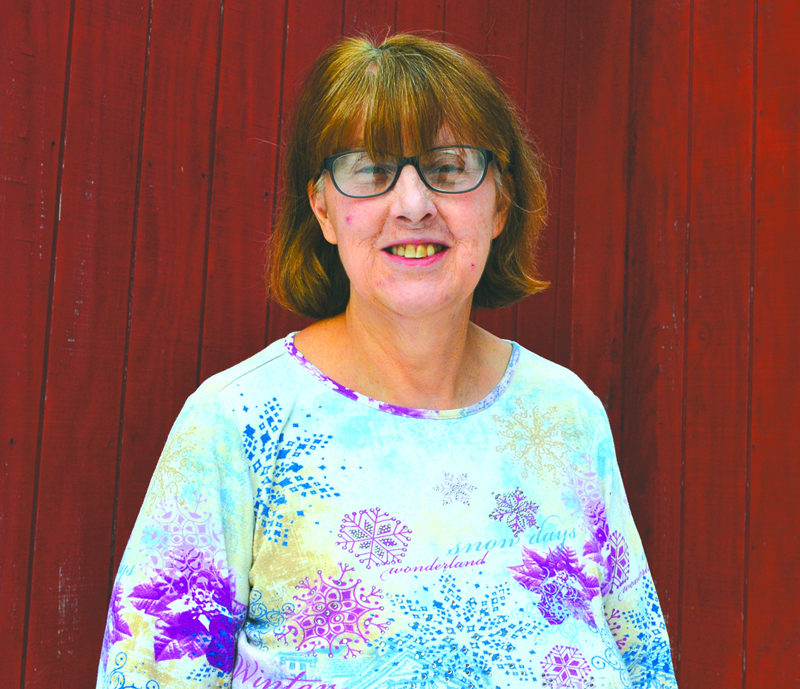 McBurnie began working at Lincoln County Publishing Co. on Feb. 28, 1995. While she was hired to work on real estate and classified ads, her job has evolved greatly over the past quarter-century.

“I applied because the job used some of the computer skills I’ve had, but we’re talking years ago now, so everything’s changed,” McBurnie said. “When I started, there wasn’t a network connection between the computers. Everything needed to be saved on floppy disks, and if you needed to scan something for an ad, that added at least an hour.”

Additionally, many submissions for both the newspaper and print jobs were needed to be typed once they arrived, McBurnie said.

“When we were doing town reports, we used to have to hand-type everything, but now we don’t need three people just typing these reports,” McBurnie said. “In a way it’s simplified things, but we’ve also increased our workload because we can do more.”

While working on annual town reports, McBurnie said, she enjoyed getting to know both the towns and the people responsible for compiling the reports.

“Over the years, you just develop these relationships,” she said. “And the people change too. A lot of the people who were working at these towns when I started either aren’t there or are doing other things now.”

In addition to working on annual town reports and other print jobs, McBurnie assists with the weekly production of The Lincoln County News. She places some of the ads, completes the layout of the obituary page, and makes final corrections to each page before they go to press.

“In addition to the crucial work she does every week for both the print shop and the newspaper, Laurie does countless important tasks few people probably even know about,” Oliver said. “Before major elections, she makes the spreadsheet we use to compile results, then she checks the results from each town against the spreadsheet the morning after the election. She prints the name placards we use for candidates forums.”

“She dedicates much of her off time to the community with her volunteer efforts for the Girl Scouts, Nobleboro Cemetery Committee, and other organizations,” Oliver said. “She is hardworking and helpful and I will miss working with her.”

Before her daughter, Natashia Zaccadelli, got married, McBurnie told her that if she ever had children, McBurnie would retire to babysit.

“And she took me up on it!” McBurnie said with a laugh. Her granddaughter, Portia Zaccadelli, will be 3 months old on Saturday, Dec. 7.

McBurnie said she has enjoyed her time working for Lincoln County Publishing and the Roberts family.

“It’s been nice working for people who understand the top priority is family,” McBurnie said. “Whenever I’ve had something come up with my family, there’s always been complete understanding.”