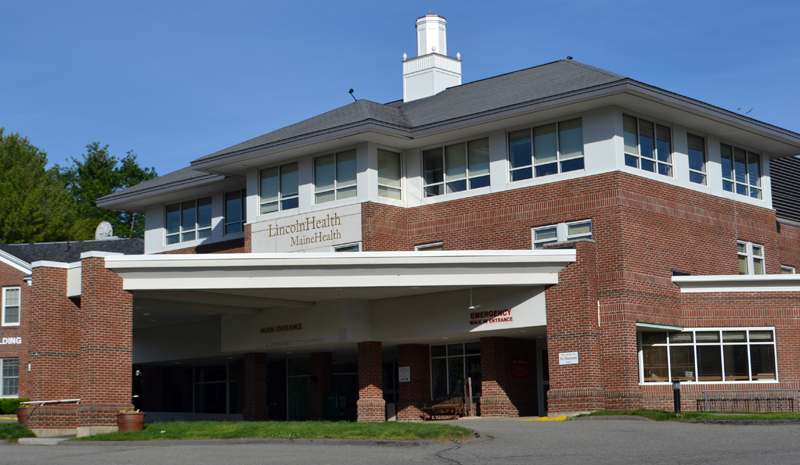 After scaling back service due to staff shortages, LincolnHealth’s Milestone Cafe is getting some culinary assistance from a handful of local businesses to meet the challenge of feeding hospital staff.

In September, S. Fernald’s Country Store owner Sumner Fernald Richards IV read in The Lincoln County News that the cafe stopped offering hot lunch or grab-and-go items and began closing on weekends. While the cafe has been closed to the public since March 2020, the step back impacted employees who purchased their lunch at the cafe.

“I figured it was something that we could definitely jump up and help with,” Richards said.

Julie Kaplinger, owner of Metcalf’s Submarine Sandwiches in Damariscotta, said on Dec. 23 that LincolnHealth Food Services Director Tom Schwarz reached out to her a year and a half ago and proposed that Metcalf’s supply the cafe with some items as a way to benefit both shops at a time when they were both struggling with the impacts of the pandemic.

Both Fernald’s and Metcalf’s had supplied the Coastal Maine Botanical Gardens in Boothbay, which was also struggling with staffing at the time, with large orders of offerings over the summer. They figured that working with Milestone would be a breeze by comparison.

Now, each morning during the week, one of the first things that both businesses do in the morning is make 15 to 25 sandwiches to bring to the cafe before lunch time. Additionally South Bristol’s Kneaded Provisions also provides the cafe with soups, casseroles, and other items three days a week.

Richard’s made a post to the store’s Facebook page on Dec. 15, discussing the modest arrangement with Schwarz and shouting out all of the staff at the hospital and their vital work. The post received a lot more attention than Richards anticipated, with 221 likes and 23 shares as of Dec. 23.

“It’s really not as dramatic as I think everyone thought it was,” he said. “It’s definitely a really cool thing and I’m so happy to do it, but we got a lot of (positive) feedback on social media and I was like, ‘I’m not the hero.’”

In a phone interview, Schwarz said food services at Miles have successfully filled many of its vacant positions and are in the process of training their new employees. In the interim, he said that the help from Metcalf’s, Fernald’s, and Kneaded Provisions has been invaluable in taking some of the strain off of the new staff.

Schwarz added that staff members at Miles, most of whom are locals, have really appreciated the opportunity to enjoy food from some of their favorite local shops for lunch every day.

“I know several of the healthcare workers there and I was happy that they are able to have Metcalf’s for lunch when they can’t get out,” Kaplinger said.

Richards and Kaplinger see their arrangements with the hospital’s food services continuing into the foreseeable future, and they both said that they are happy to continue helping in what little way they can.